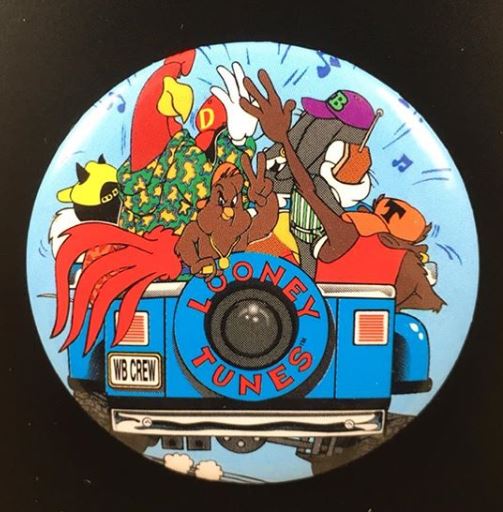 This pin is a cousin to the super popular Hip Hop themed Looney Tunes t-shirts of the early 90s. I just read an interesting article about the origins of these shirts. The short end of it is: a super talented graffiti crew in NYC called The Shirt Kings were making their own version of these shirts in the 80s. They were popular and had enough of an impact for Warner Brothers to say fuck it and make their own license versions in the early 90s. These shirts were hugely popular when I was a kid. I never had one because by the time these started showing up in my middle school I was already a pretentious asshole that was mentally checked out of whatever was popular with my peers. I might have missed out then but I have this button now. The image is interesting, I like the detail of Henery Hawk looking back at you with contempt, flashing an ironic looking peace sign. I consulted my friend, T-Shirt expert Perry regarding these shirts. He’s working on a T-shirt centric project @t_time_shirtshow which is going to be really cool. Thanks Perry!
1.75” – clasp back- 1993
#looneytunes #taz #warnerbrothers #foghornleghorn #bugsbunny #daffyduck#sylvesterthecat #heneryhawk #melblanc#hiphoplooneytunes #90sfashion#cartoons #the90s#damnitfeelsgoodtobeagangsta #jeep#90sstyle 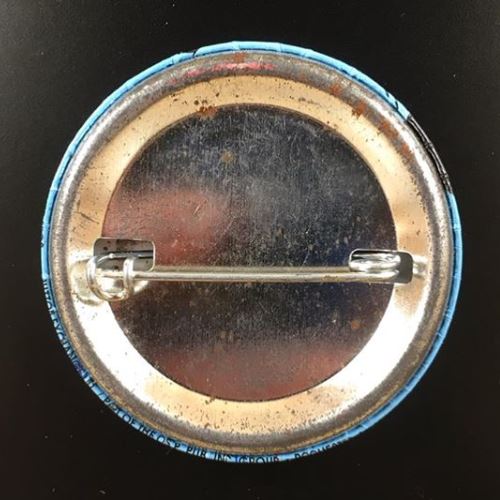 Dan Wars is a New England original, eccentric, and punk living in Providence, Rhode Island. He plays in the band Funeral Cone. Subscribe to FINGER ON THE BUTTON on Instagram!
“This is my pinback button collection. I like punk and I like Sham. I believe in records, dancing, and eating as soon as possible.”