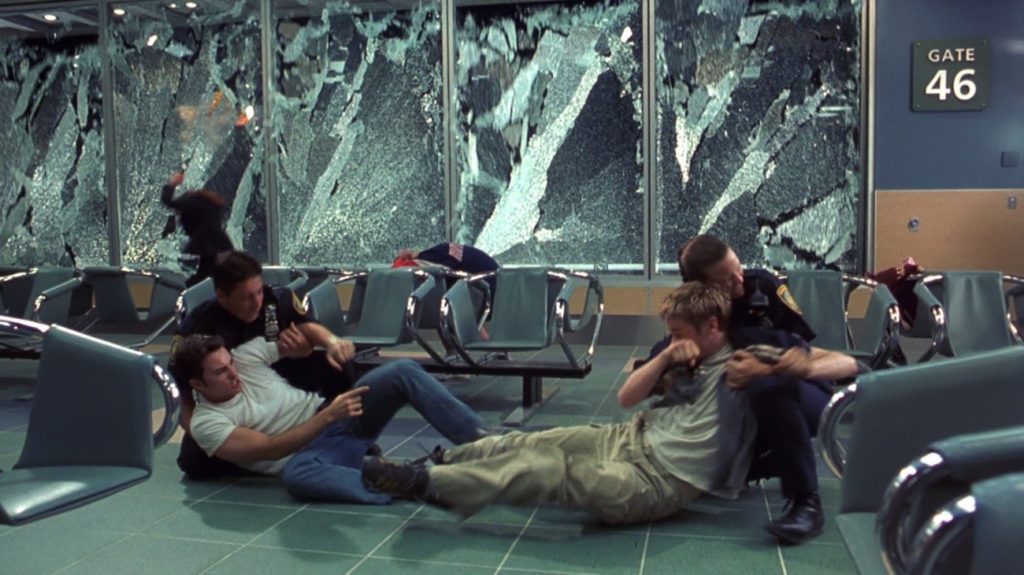 It’s a question that’s fueled geeky arguments ever since the slasher-happy eighties, when a bevy of iconic serial killer/mascots flooded the box office with superheroic regularity. Does the reliably dippy comfort-food enjoyability of the Friday the 13th series beat the inventive inconsistency of A Nightmare on Elm Street? Does the fact that Halloween is a true American classic outweigh the fact that most of its sequels are middling at best? What of auteur-driven oddities like the Evil Dead trilogy or the Phantasm saga, or the ever-morphing adventures of killer doll Chucky? There’s no wrong answer, which is what makes it so fun to argue that yours is the only correct one.

Originally conceived as an X-Files episode by regular series scribes Glen Morgan and James Wong (the latter of whom wound up directing), Final Destination begins with a gaggle of painfully early-aughts teenagers boarding a redeye for a field trip to France. No sooner have they boarded, however, than sensitive kid Alex Browning (Devon Sawa) is struck with a horrific vision of the plane going down in flames. When real life begins echoing his vision, Alex panics and is dragged off the flight, taking with him a handful of reluctant friends, teachers, and acquaintances. The plane leaves without them and, sure enough, explodes shortly after leaving the runway. Understandably, Alex and company are wracked with survivor’s guilt… which is only compounded when they start dying, one by one, in a series of increasingly unlikely accidents. When Alex deduces that they’re dying in the order they would have died had they boarded the plane, he realizes they’re the victims of some sort of curse from a vengeful grim reaper— and frantically tries to find a way to beat it.

Swap out the names and specifics, and this more or less describes the plot of each film in the Final Destination series, of which there are currently five (with a sixth announced earlier this year). Though nominally presented as a continual series, each film is essentially a remake of the first, with a new cast of photogenic teens walking through the same “you’re next!” beats. The difference— and the factor that makes Final Destination the only truly endlessly renewable horror franchise— is the deaths. 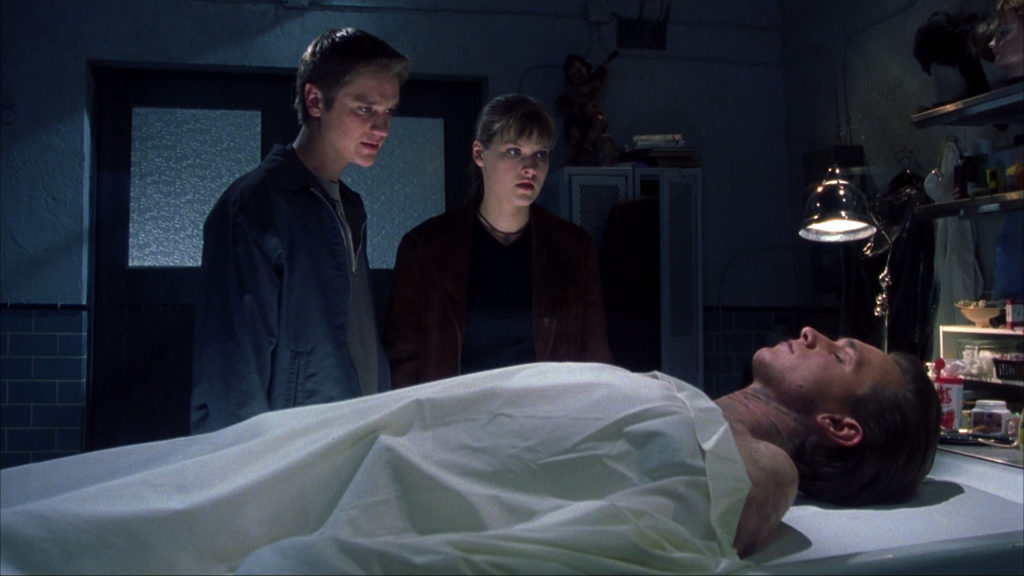 In a standard slasher film, the suspense is in wondering who’s going to die next. In Final Destination and its sequels, you know who’s going to die next— at least, once the protagonist has a handle on what’s going on— but the fun is in trying to guess how. In a typical Final Destination set piece, you can count the possible causes of death: an ungrounded outlet near a sink or bathtub, an unattended flame on an open stove, a conspicuously billowing scarf wrapped just a little too tightly around a neck. But only the canniest viewer will be able to predict the manner in which the character will be killed by all of these things at once in a gloriously cartoonish, Rube Goldberg-meets-Wile E. Coyote orgy of clumsiness and bad luck. (Of course, to keep you on your toes, the occasional character will go with no warning whatsoever, as in one of the original film’s best-loved jump scares).

During their tenure on The X-Files, Wong and Morgan crafted some of the cleverest genre TV scripts of the ‘90s (bested only, perhaps, by Morgan’s brother Darin). Final Destination is filled with cues that its creators are in on the joke. The character names, for example, are a lovingly curated assortment of gothic horror maestros: Alex Browning, Billy Hitchcock, Agents Weine and Schrek, Ms. Valerie Lewton (Alex’s best friend, Tod, is a double word score, being both another nod to Tod Browning and the German word for death). And while the film largely avoids winking at the audience, the glee with which the deaths are imagined and staged is palpable, and it’s hard to contain a devilish grin as they unspool. Not for nothing is John Waters an avowed fan of the series.

One of the joys of seeing a horror movie in a crowded theater is feeling the entire audience squirm and shout at the characters to don’t go in there! The Final Destination franchise raises this delightful exasperation to an art form, as we watch character after character obliviously flirt with their own mortality. But the outlandish mundanity of its disasters also helps it strike a nerve few horror series can match. Not everyone will find themselves face to face with a masked, knife-wielding psychopath, but who hasn’t found themselves on an escalator with a loose shoelace?