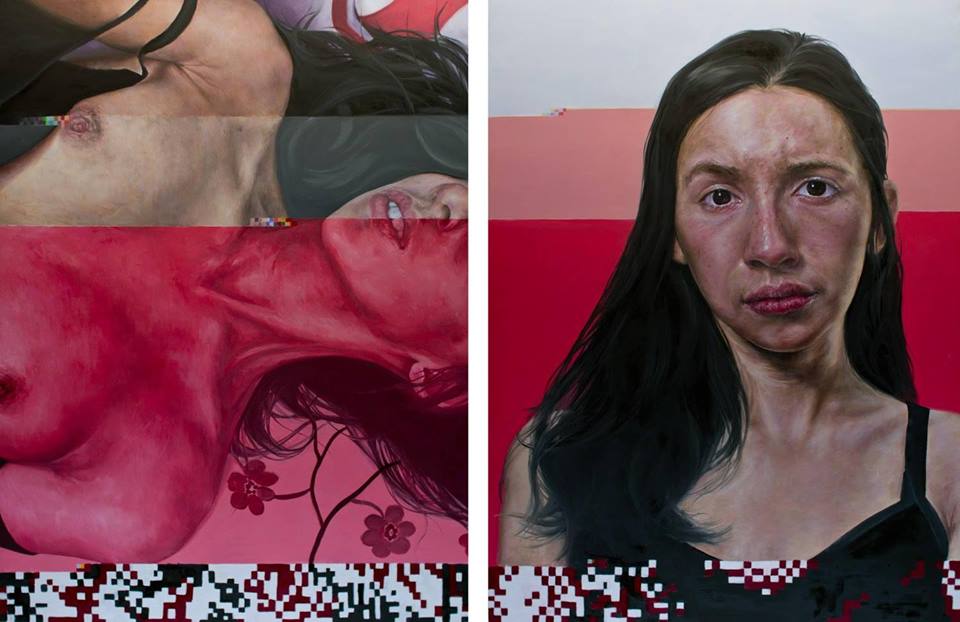 Mixing traditional portraiture with digital artifacts Wards work presents a tactile examination of our digital secrets. The Boston based Oregon native has twice earned the Elizabeth Greenshields Foundation grant for painting and his work can be found in Chicago’s Tullman Collecton.

Join us Thursday February 9th from 6 to 10pm for a solo exhibition of new and recent paintings by Boston based artist Nick Ward.

This series focuses on the disconnect between our digital, and real world lives. Since more and more of our time is spent interacting online, and our photographs are no longer constrained to a single copy, our images are increasingly subject to misuse by anonymous strangers. This is especially true for young women, who often find their most private digital moments taking on a life of their own.

To create these paintings, I asked volunteers to photograph themselves, to create a sexy image that felt like it was only intended for a significant other to see. Once I receive the image, I crop it so that their face is hidden; so their identity is lost, and the sexual nature of the photograph takes center stage. Next the image file source code is corrupted. For me, the resulting image glitch signifies the end of the useful life of this image. The point where an image that has been shared would no longer be forwarded along again. This version of the image is used as reference for the first panel of the painting.

Once I have started working on this panel, the model is asked to visit the studio to sit for a more traditional portrait, exposing her face and allowing her to reclaim ownership of the image of her body.