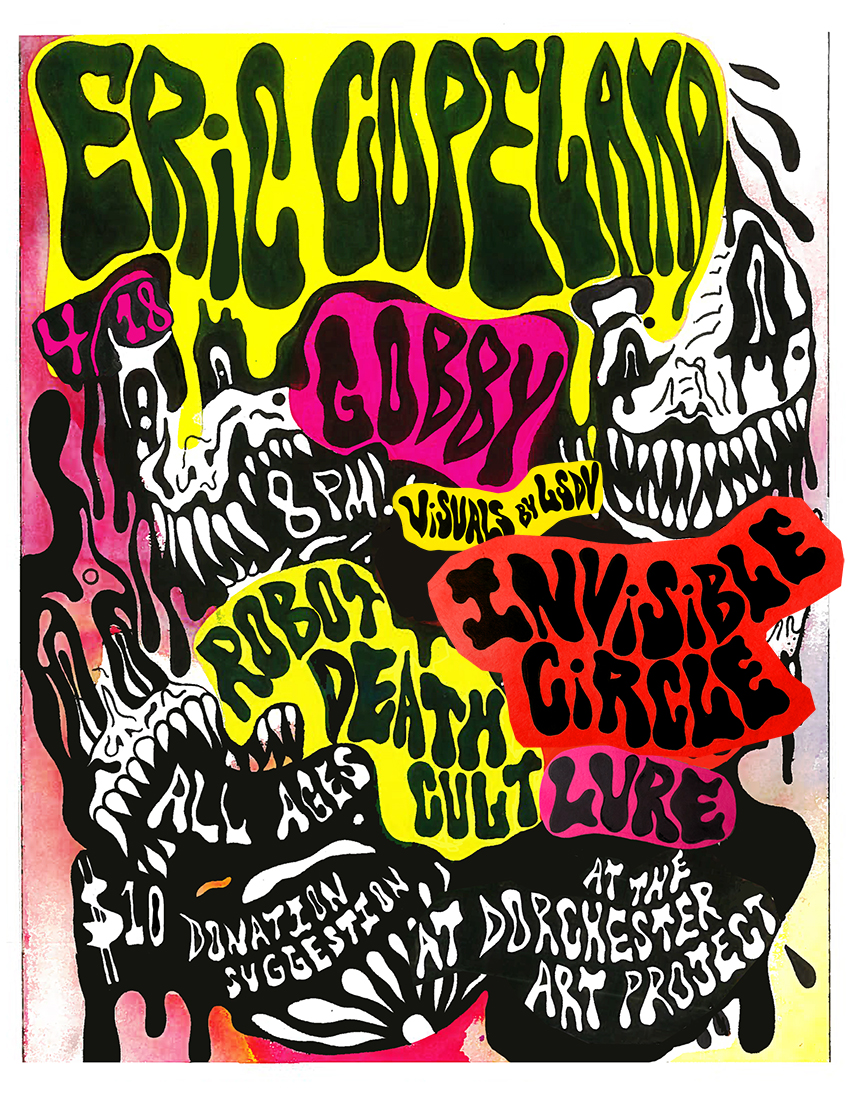 The doors of DAP will open to a stampede of New York’s most mind-altering electronic soundsmiths (and one of Boston’s for good measure) next Wednesday, April 18. We’d ask you to come but, considering who’s playing, that just kinda seems like a formality doesn’t it?

Topping the bill is Eric Copeland (Black Dice) who comes through on the heels of January’s Mixbone EP, a collaborative iteration of his otherwise most recent release Goofballs that dares to initiate the Goofstep EDM subgenre all on its own. Gobby will be there too, chopping up your very conception of sound itself and wrapping it into some kind of digital calzone too tasty for the brain to handle. Forget waiting to ride after eating too cuz Robot Death Cult’s surreal DJing and performance art will twist your senses more than that time you took microdots before getting on the Wicked Cyclone. This time though, the ride lands you in that galaxy they discovered the other day, which is doubly sick, as Boston’s Lure provides a way more suitable soundtrack for a cosmic safari than some weaksauce car radio anyway. Once zero gravity takes over, Invisible Circle will be there to put you in a meditative state with their hypnotic drone-tones and who couldn’t use that kind of cool-down on a Wednesday night? Lastly, as a reminder to put VCR-proof locks on the medicine cabinet, visual performances will be provided by LSDV .

A super dope show with five acts you don’t get to see just any old month, and enough far-out sounds to make your ears trip face until payphones make a comeback. Between that and a certain rad dessert spot’s close proximity, there’s exactly zilch reason to skip this one.

Liked it? Take a second to support Tom Faix on Patreon!