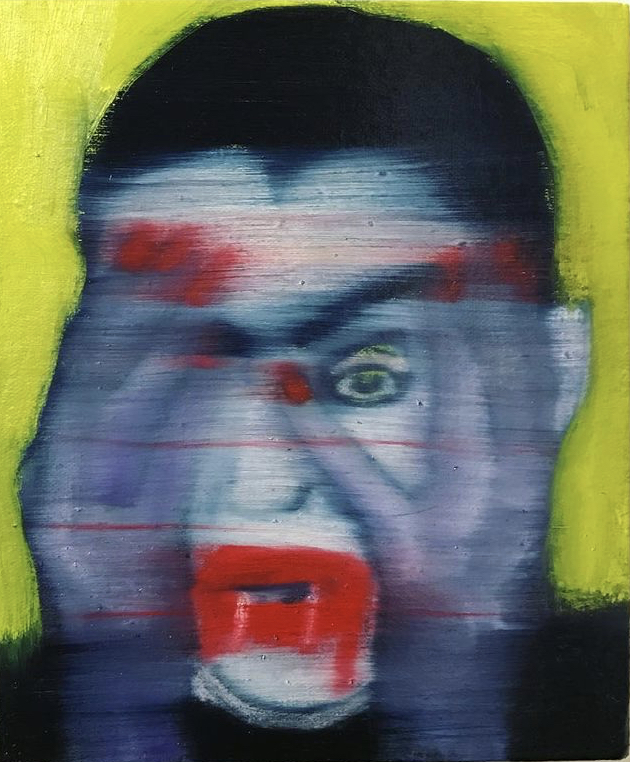 New England is a spooky, Halloweenie place. It’s also very funny, depending on your sense of humor, and never fails to disappoint in its ability to be so uncannily itself: a haunted forest of violent lies and colonial deception. The regional pride is especially noxious. Every townie’s town is the best town. Every Satanist knows the coolest spot to drink blood. Everyone’s mother makes the best boiled dinner. 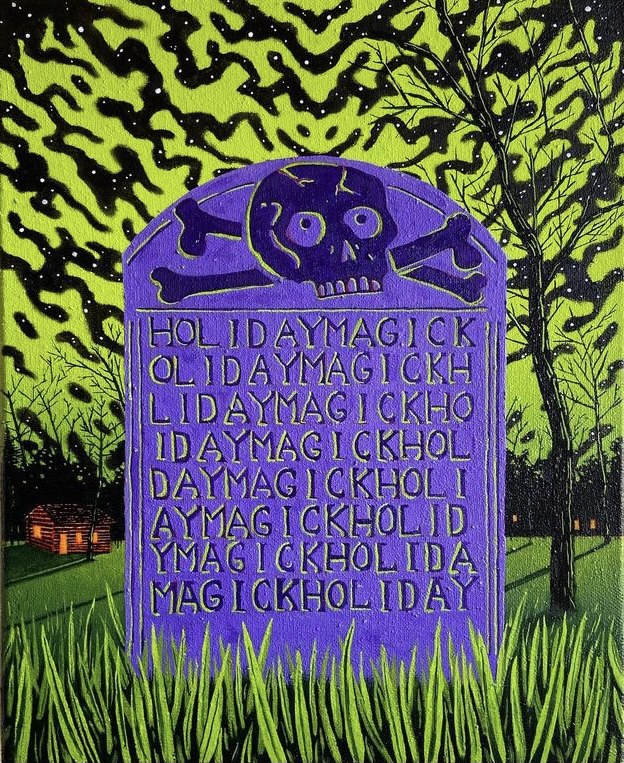 Wandering the woods at night, the atmosphere might suggest witches levitating in the distance, but actually deliver a pervert masturbating to the warm flicker of his Bic. H.P. Lovecraft is like our Walt Disney; antisemitism overlooked for the love of his characters who’ve come to populate our landscapes. Stephen King’s Native American burial grounds bring White children back from the dead. The backbone of my hometown’s economy is a gimmick based on the murder of several women accused of being influenced by Black magic, culminating at the sale of magic wands and wire Reiki crowns in a downtown area that aspires to be a sort of Newbury Street. The Patriots. And yet, there is a striking beauty to so much of New England. The Autumn foliage’s bright orange is warm but shocking. The beaches are gorgeous, therapeutic places that are hardly polluted anymore. There is lots of good food. And a museum devoted to Pez dispensers. 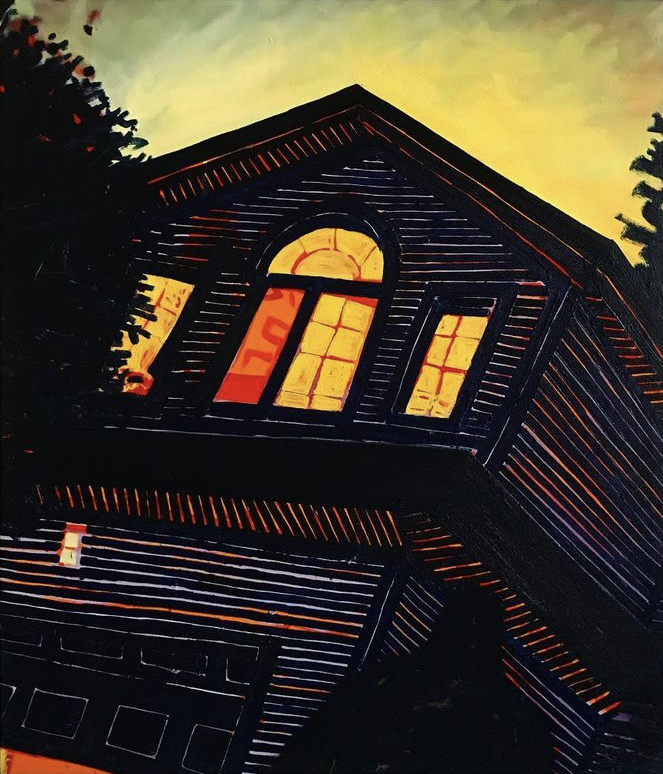 Painter Devon Clapp’s oil paintings and watercolors envision a gaudy, putrid New England whose symbols have been stripped of their dignity and reduced to their lowest common denominators. Colors associated with the Fall landscape have been pushed to garishness; the day-glow hues are as boisterous as the local characters. Cheap Halloween masks smear like holographic trading cards in mid-movement. Cold-titted witches peep through your window, their blood-red nipples lusting in the night. Some paintings convey a sense of voyeurism, others of being watched. In the darkness of the woods, outside the strangely lit house, the line between fear and horniness disintegrates. 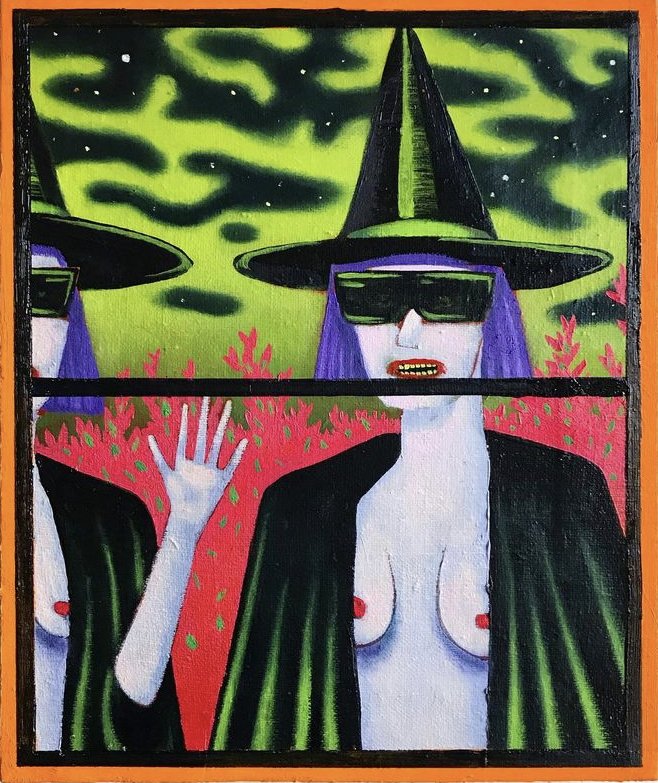 Clapp was born in a Boston hospital and grew up in a house by the woods on the outskirts of Manchester, New Hampshire. Growing up, he was afraid of and attracted to the vast woods behind his house, where he and his friends would play weird tricks on each other. The mythology of New England horror, and the aesthetics of Halloween have influenced Clapp from an early age. The problems, contradictions, and paradoxes of these things inform his paintings so that the New England that is often so serious is rendered absurd, campy, and creepy(not like a scary movie, but like a guy in a trench coat handing out lollipops at the playground). 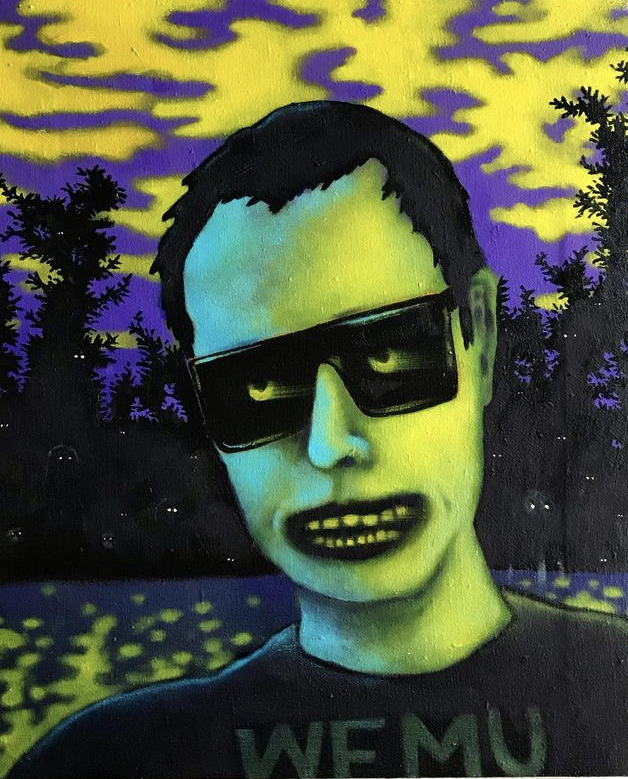 “And it Seemed to Him, That When He Closed His Eyes The Universe Shook Like an Empty Tomb Filled With Laughter”
17″ x 14″ / oil on canvas
Devon Clapp / 2019

After working several art handling jobs in Boston and New York, Devon Clapp decided to move to Columbus, Ohio. Ohio is as supernatural as New England, in its own extraterrestrial-centric way, and seems like an ideal place for a haunted forest dweller to relocate to. Columbus is an hour east of Wright-Patterson Air Force Base, where the government is rumored to store the crashed UFO/ alien bodies from the Roswell crash. My impression is that Clapp’s vision is so precise that, at this point, he can see it in any city. While the northern U.S. is certainly its own pathologically devious thing, there are creepy monsters hiding in the trees almost anywhere you go. New England’s history has exploited and infected so much of the world’s culture that seeing anything through its warped plastic lens feels sickeningly appropriate. 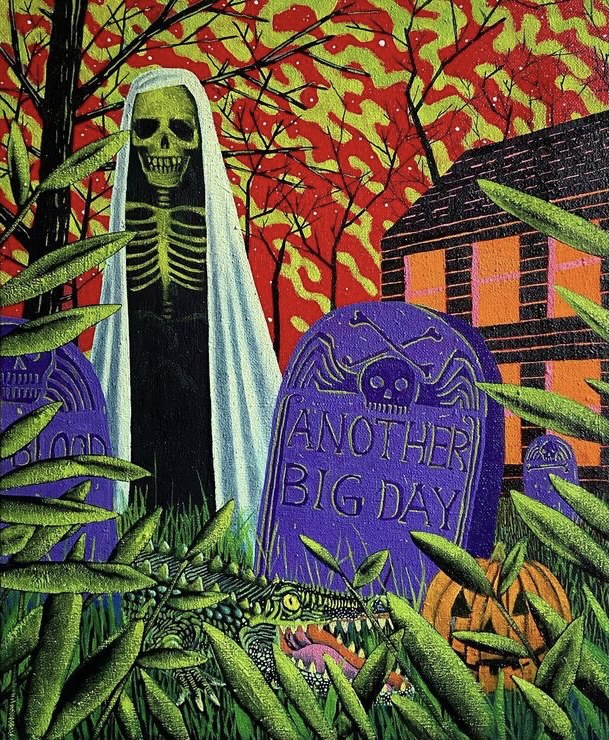 Devon Clapp’s palette consists of only five colors, never offering the viewer respite from the glare. The world he has created in his paintings feels like that of a petrified child confused by his infatuation with what sends him running for safety. Monsters appear in the night like Scooby Doo villains, and strangers in dark glasses show up where no one expects them. Maybe they’re all scared children too. 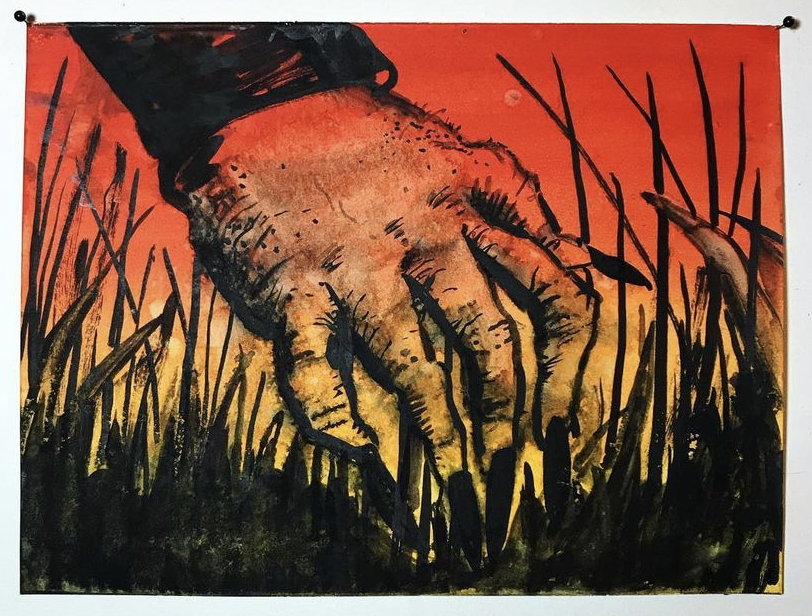 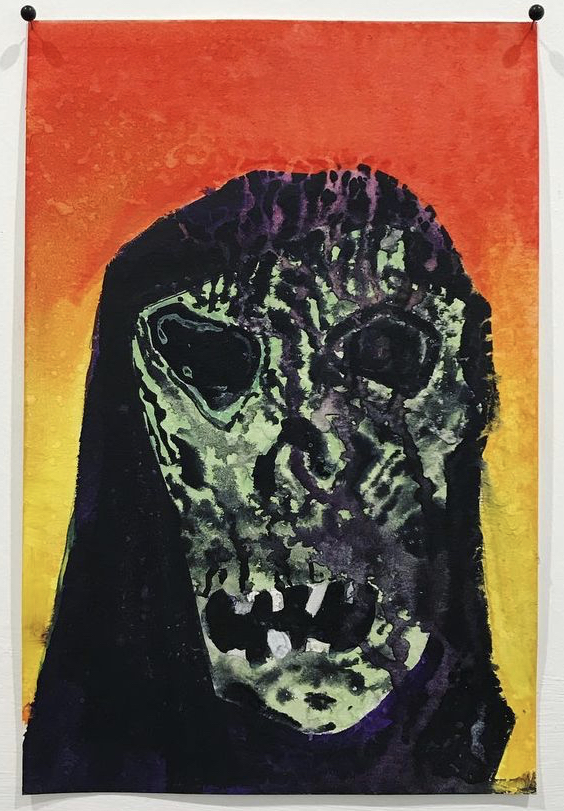 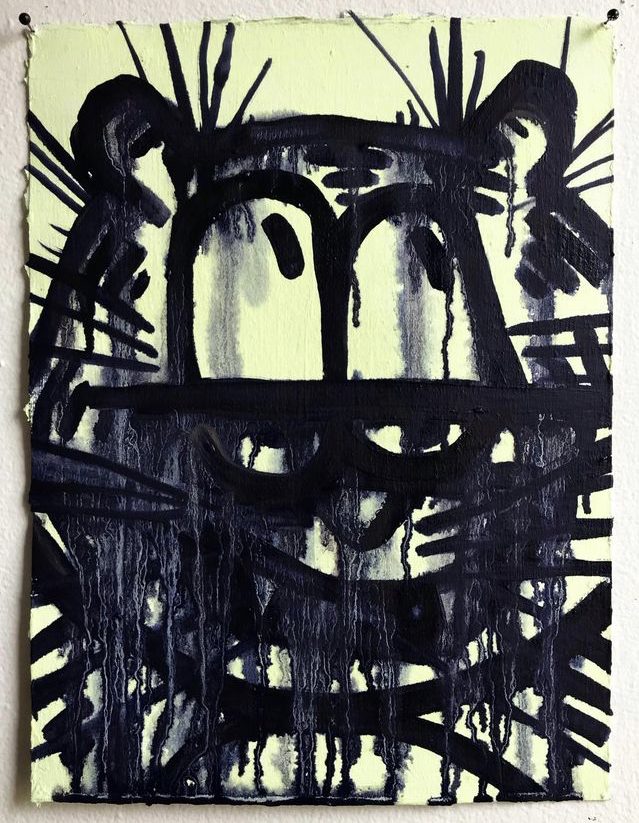 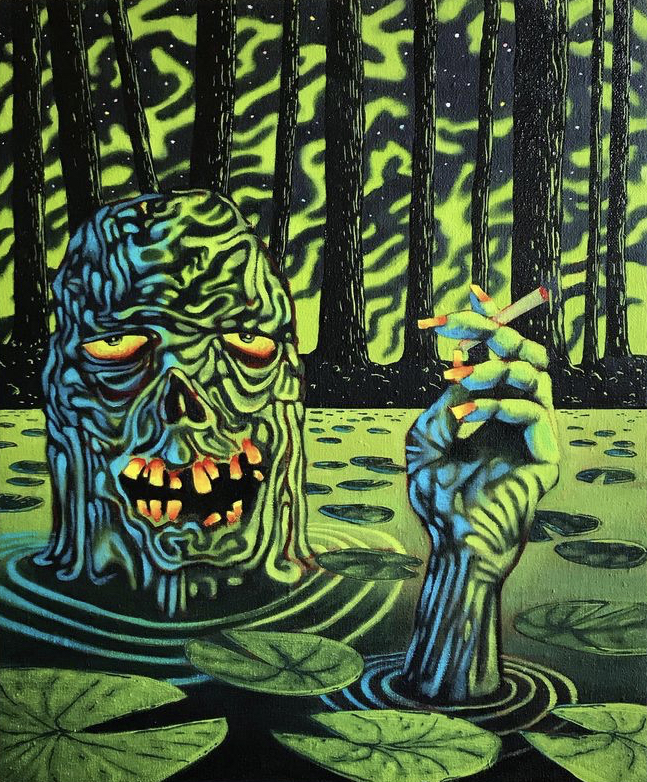 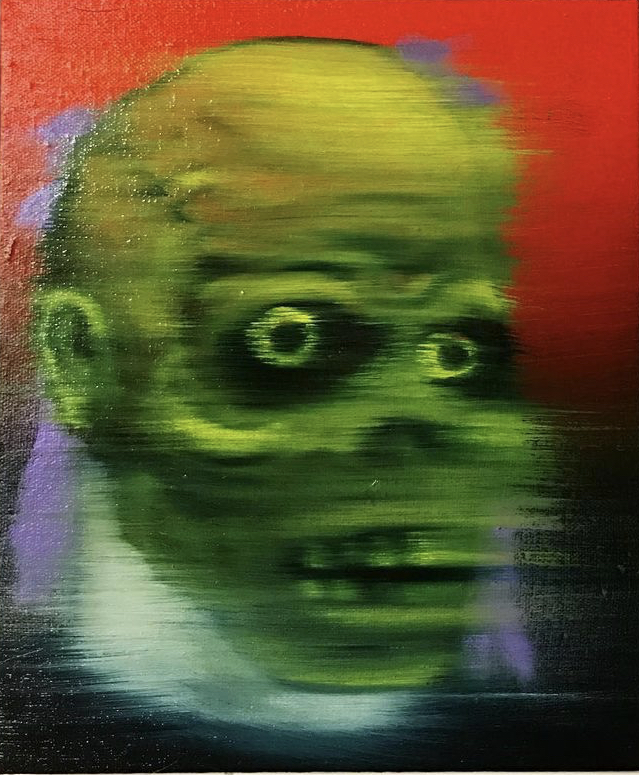 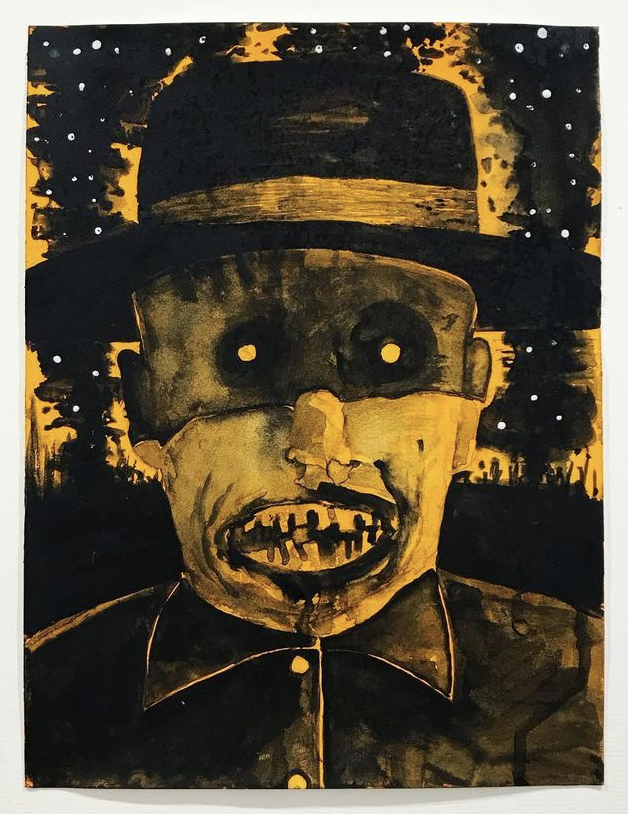 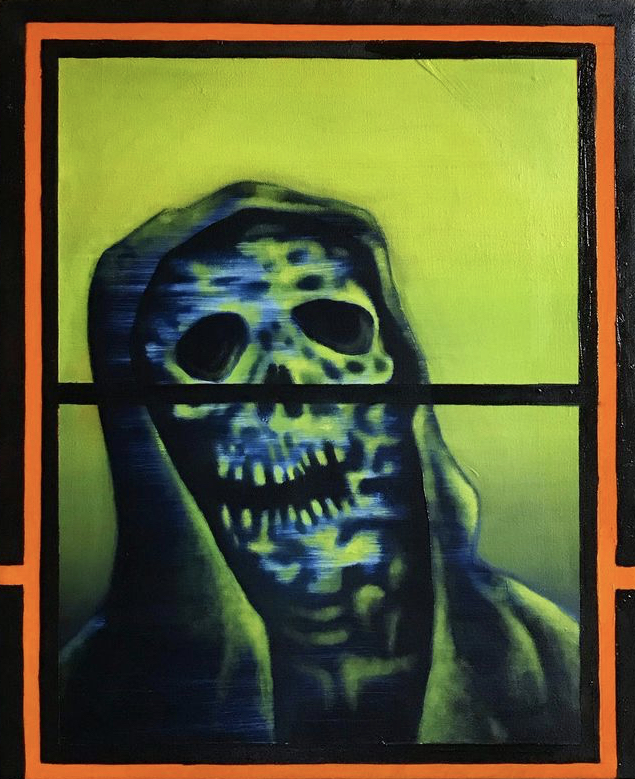 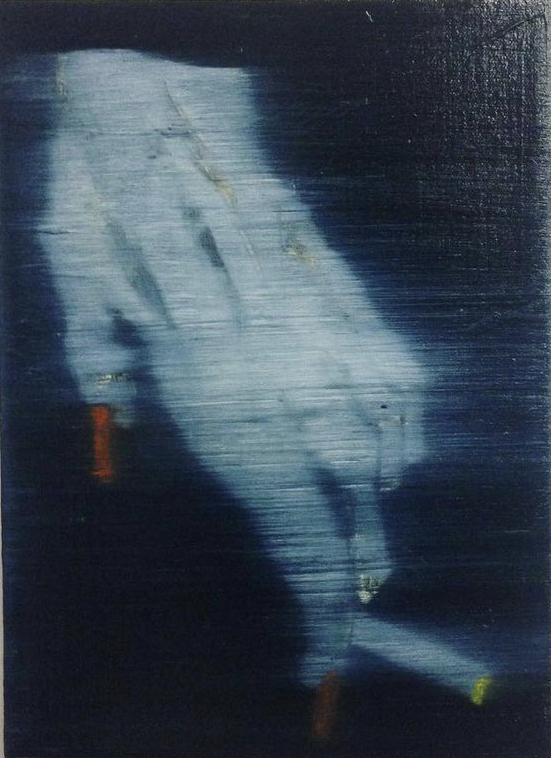 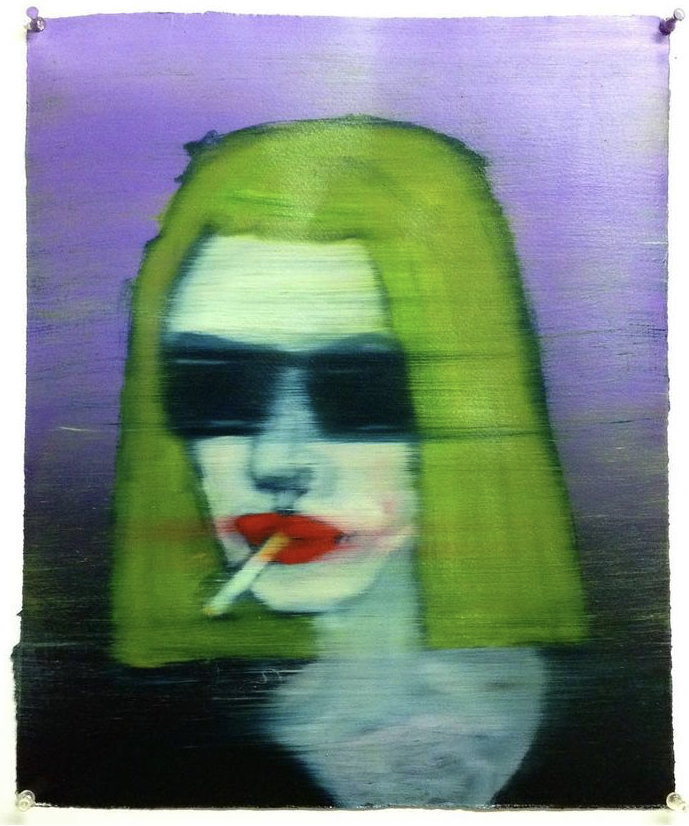 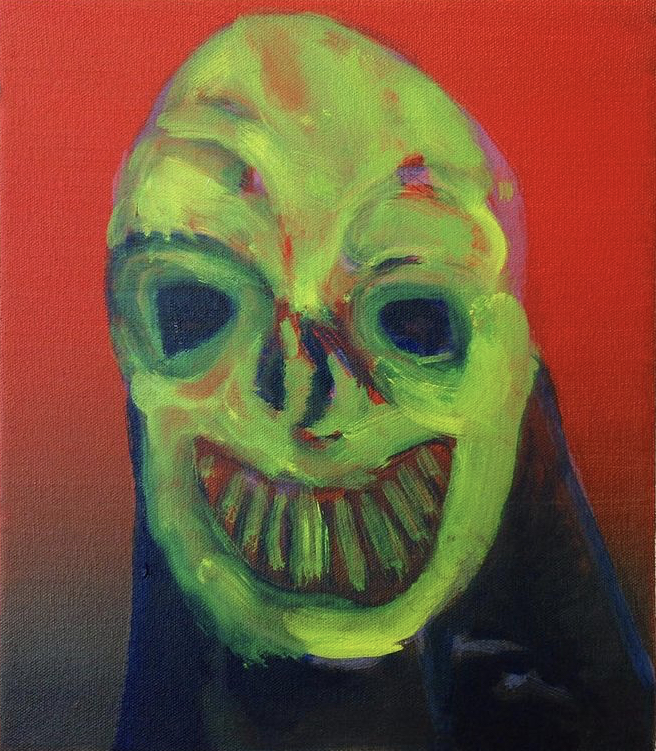 This Week In Experimental: Volume 63

Hello Experimenters!   I’ll keep this short as the relocation chaos is at the front of my mind. Some very cool news:…