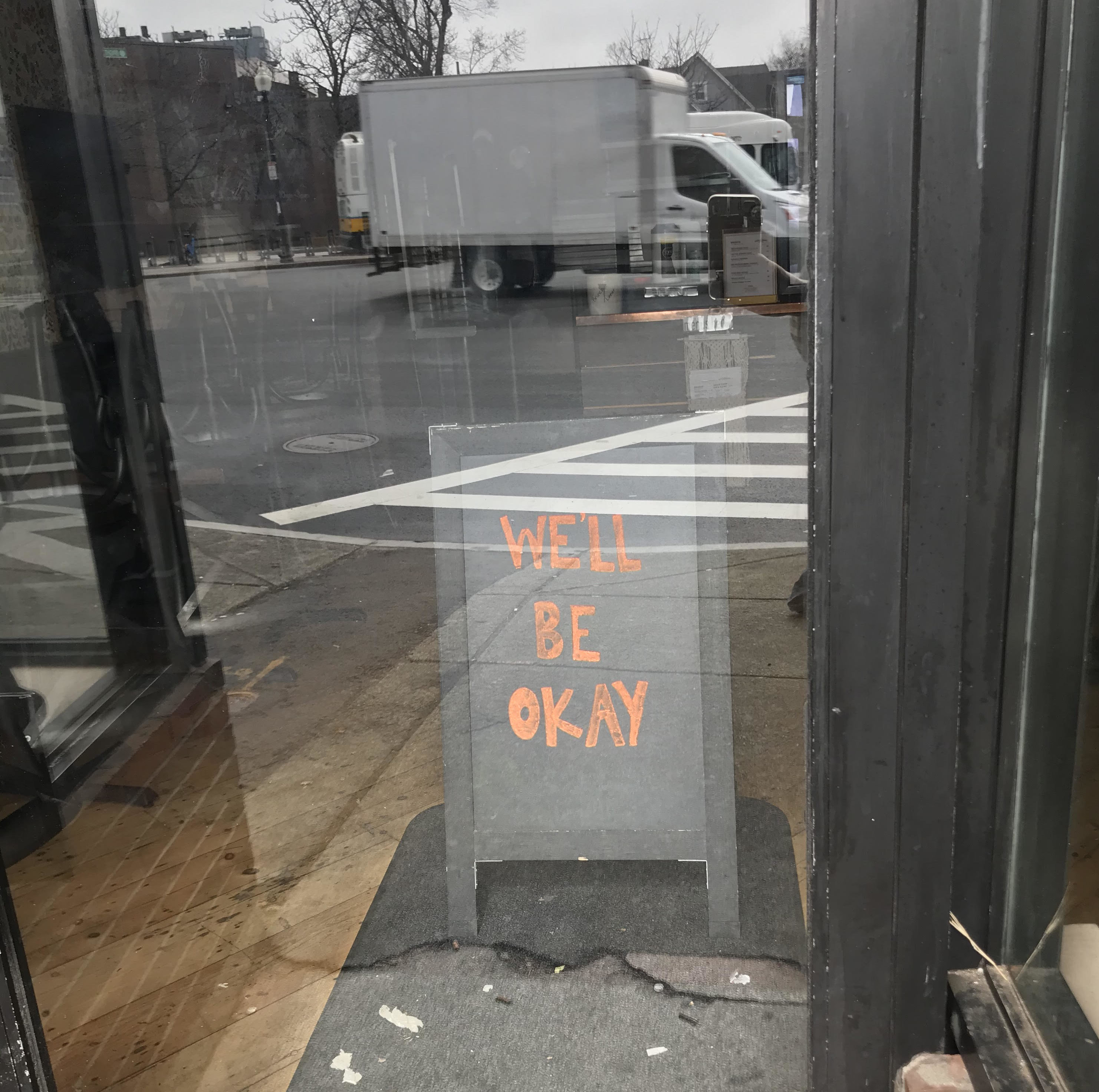 On Saturday, March 14th, James X* lost his job. Up until that point, James X’s tenure at a local vegan joint, Whole Heart Provisions, was nearing three years. That, however, didn’t seem to matter to Whole Heart’s upper management.They called a company-wide meeting on Friday of last week, asking all employees to show up at their flagship location in Central Square the following day. The next morning, at 9am, all non-salaried positions across three stores were terminated.

This may be a familiar tale at this point, as stories of pay cuts, slashed hours, and out-and-out termination sweep the city. There is a whiff of the inevitable attached to this: In the wake of the very real threat posed by COVID-19, hard times loom closer for everyone. Those in precarious economic situations, like many members of the service industry, get hit hardest. In a landscape like Boston, so stratified by class and industry, many people forget that service workers are seen as collateral damage during times of catastrophe. Yet this issue is persistent– as pandemic looms, employees find themselves not only at the mercy of the virus, but also of their employers.

“My last day was last Wednesday,” said James X. “On Thursday, we all got an email saying that, with the slowing of sales due to COVID, hours were being changed at the Harvard and Central locations.  So, they were trying to incorporate those employees into the Allston location.” Allston employees were promised that their schedules would not change. Less than forty-eight hours later, nobody working hourly wages had a job.

James X, along with roughly 20 employees of a 50-60 person staff, received a letter of termination during the meeting. It is assumed that the remainder of the non-salaried staff were informed via email. As for the letters, they stated that the “downturn in revenue since the start of COVID-19” was “something we could never have imagined in our wildest dreams,” and that it was with “deepest regret” that non-salaried positions were being terminated.

“I want to assure you,” the letter continued, “that this layoff is not related to your job performance, but rather this is a cash decision we are making in the wake of this pandemic.” The letter affirmed that they “do not anticipate this layoff situation changing in the foreseeable future.” The wage employees were thanked for their “contribution to Whole Heart.” The letter was signed “James and Becca”, referring to business partners James DiSabatino and Rebecca Arnold, who own Roxy’s Grilled Cheese and Whole Heart, respectively.

At the meeting, members of upper staff spoke of how much it pained them to let their teams go. Computers were set up so that ex-workers could file for unemployment on the spot. As a parting note, Jenn Z*, a salaried manager, addressed her former crew, telling them that their employee discounts would still apply, and then urged the crowd of Whole Heart’s ex-staff to stop by the next morning for brunch.

“It was one of the most disrespectful things I’ve ever heard in my life,” James X recounted. “They’re taking away my only income and then asking me to spend what I have left on the people that fired me.”

Rebecca Arnold, Whole Heart’s owner, was not in attendance at the meeting. News of her self-termed “sabbatical” had rippled through the company in August, when she handed over the majority of upper managerial activities to Jenn Z.

“I don’t know where she is,” said John Y, of Arnold. “My only recollection is that maybe she’s assisting in another venture.”

According to John Y, after Arnold’s departure the restaurant went from a “scheduled, orderly environment to a chaotic one.” Major operational changes were made, and employees had a hard time keeping the pace.

“These decisions get made most often with personnel. The easiest way to increase profits at restaurants is to cut hours and force fewer workers to pick up slack.”

Additionally, when John Y signed on as an employee three years ago, his contract made mention of the possibility of bonuses, but in the ensuing years none were discussed.

“There was also this template of ongoing performance reviews that would have gone up,” he added. “But it never took off.”

James X was promised a raise, but it never materialized. 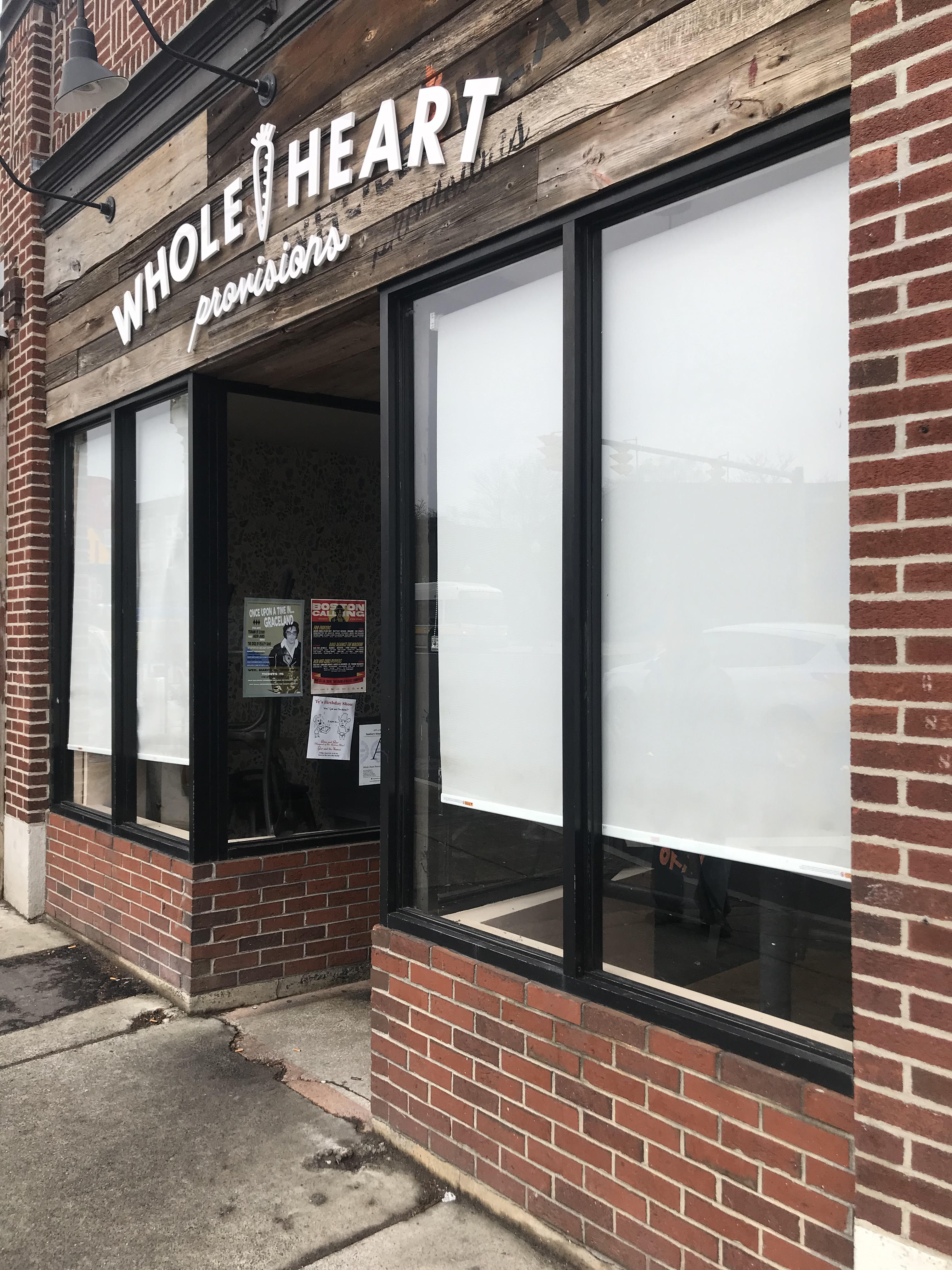 Since Saturday, Whole Heart’s Central Square and Harvard locations shuttered, and only Allston remained standing. It was presumed by James X that the salaried staff would assume the vacant posts and take up the responsibility of washing dishes and preparing orders until circumstances returned to normal.

However, as of Monday, March 16th, Whole Heart Provisions announced on its Instagram account that it was closed until further notice. The company noted that it would still be issuing gift cards to be redeemed at a later date.

“With three stores and steady money, they probably thought they were too big to fail,” added James X, of Whole Heart in its pre-COVID days. “But it was fragile.”

James X said that a majority of the customers at the Harvard location were students, and the Central Square patrons consisted of working professionals on their lunch breaks.

“And the virus toppled all that,” he said.

Since the virus struck, the fragility of small businesses has revealed itself in numerous ways all over the city. It may be easy to trace back the disconnect between management and employees in a place like Whole Heart, but unfortunately, mass terminations and wage cuts won’t be the only fallout of the 2020 pandemic. Limited T service means that workers cannot reliably get to their jobs, and inability to pay rent or live on campus may cost members of the service industry their homes.

“[COVID] demonstrates the precariousness of anybody working in the service industry,” said John Y. “The lesson learned was that, especially in this industry, employers are not friends. They’re not looking out for you, other than to make sure that you show up to work.”

These days, James X spends his time taking walks, watching TV, and applying for other jobs.

“These activities are starting to lose their charm,” he said with a grimace. “I don’t go to bed at the end of the day thinking ‘I did something’, because I’m not working. I can’t see any of my old friends from Whole Heart so my social life has taken a huge hit. And I can’t spend any money because I have to use what’s left on rent and utilities.”

Behind the closed storefront window at Whole Heart in Allston sits a chalk sandwich board. It faces the street, addressing its former customers.  On the surface where specials or slogans would normally be written, a new message asserts itself to all passersby: WE’LL BE OKAY.

NOTE: The author of this piece worked at Whole Heart Provisions in Allston from May to December of 2019.  However, the information contained herein is based solely on what was obtained in interviews (and a cursory Instagram search).

Exploring the Life and Works of French Impressionist Paul Cézanne

A look at "Paul Cézanne: Influence," on display at the MFA