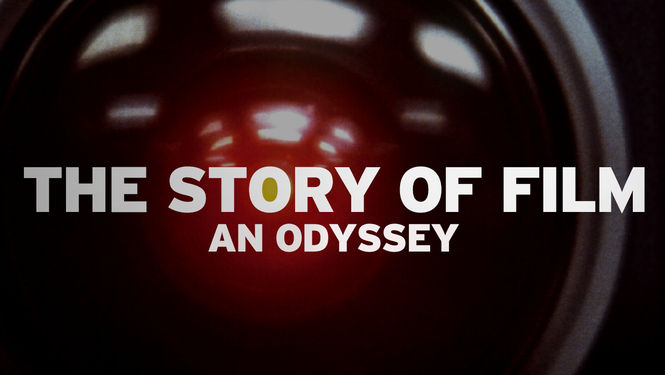 When I initially conceived of Cinema Quarantino in the hours leading up to its necessity, I laid a few more or less arbitrary ground rules to give the affair some sense of structure. Chief among them, and perhaps most constricting, was this: movies only. Don’t get me wrong– I’m no anti-TV purist, and I think streaming is uniquely well-suited to television as a medium. Rather, our mission at the Hassle has always been to guide folks toward things they might not watch ordinarily, and it’s so easy to default to TV when you’re just sick of scrolling through menus (plus, you know, we are the film section). That said, I’m far from immune to the allure of the binge watch, and when you’re cooped up on a weekend with nothing to do and you need something to distract you from your increasingly dismal feeds, sometimes you just need something long and soothing that you can put on to lull you into a warm, cozy fog.

To that end, I humbly submit Mark Cousins’ fifteen-part The Story of Film: An Odyssey. Originally released on British Channel 4’s digital More4 platform and later imported via TCM, The Story of Film is exactly that: a more-or-less chronological overview of the history of the medium, from the earliest short films of Thomas Edison and the Lumiere brothers to such modern classics as Mulholland Drive and Oldboy. But this is no cut-and-dry college course. Rather, Cousins uses the framework to draw incongruous parallels between films separated by decades, and occasionally interject poetic asides about film, the role of its audience, and the human condition in general. Along the way, he interviews a truly mind-boggling array of cinematic luminaries, including Paul Schrader, Claire Denis, Yuen Woo-ping, Robert Towne, Jane Campion, Lars von Trier, Buck Henry, and more. It’s technically a TV show, but it’s got more film in any given episode than you’re liable to see in a month.

But what keeps me returning to The Story of Film is this: watching it is, for me anyway, an immensely relaxing experience. Across its mammoth, 900-minute heft, Cousins narrates in a soothing, Northern Irish lilt that has a nearly hypnotic effect, not unlike Bob Ross in The Joy of Painting (which, it must be said, is also streaming on Netflix). Cousins’ voice is so eminently pleasant that I could easily listen to him speak about anything; that he happens to be speaking about one of my favorite subjects makes The Story of Film my ideal chill-out show (it offers similar pleasures to Karina Longworth’s fantastic film history podcast You Must Remember This). If you’re reading this anytime near the time I’m writing it, I’m going to go out on a limb and say you could do to take a load off. For fans of film history, The Story of Film is tantamount to a warm bubble bath.