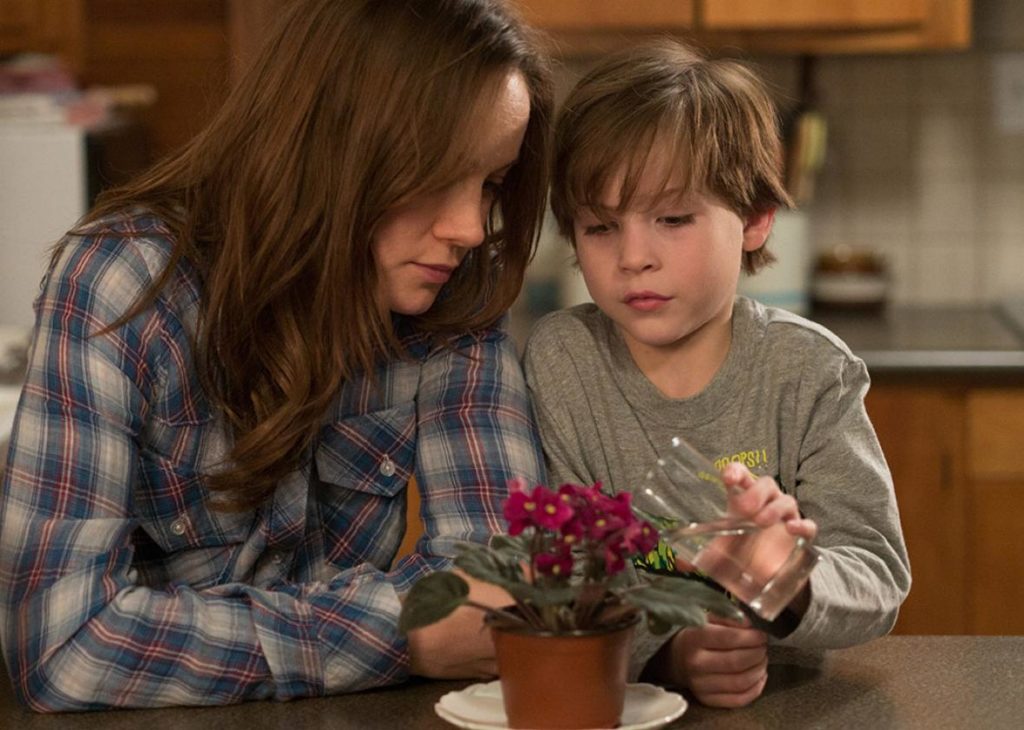 Jack (Jacob Tremblay) is five years old. He has never been outside. He and Ma (Brie Larson) live in Room, an 11-by-11 backyard shed with a skylight. Using routines and games, his mother, Joy, has managed to create a life for Jack within four walls. When Joy was 19, she was kidnapped by a man and, after a few years, gave birth to Jack. Though Jack is comfortable in Room, Joy knows that now that Jack is older, they need to focus on escape.

The cinematographer, Danny Cohen, successfully captures the essence of Jack’s childhood, particularly in the first half of the film. Despite the action taking place in one room with only two characters, low angles and subtle reminders of everything Jack has in Room work to create an atmosphere of love and safety. This film is not a thriller, but a reopening of the world for two characters who have seen so little of it.

Brie Larson, at the age of 26, gives a masterful performance. She and Jacob Tremblay have managed to create a relationship that embodies the struggle and love of a parent and child who have escaped from an awful situation.

Room is a drama about hard-hitting topics, but it approaches them in a soft way, through the eyes of a child. Jack has been taught very little about the real world, and, ultimately, he ends up having to discover a lot of it for himself. Joy, on the other hand, needs to relearn what she has retreated from, and that in itself is strength as well: the power to continue when everything becomes hard, for the sake of the other person with you.