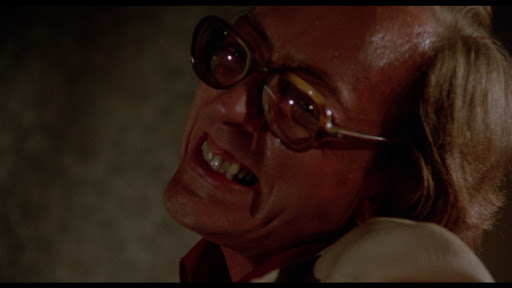 During this time of a public health crisis, what better way to spend it than by watching plenty of movies you’ve always been wanting to watch? Even better, why not one that’ll make you feel disgusting? Eaten Alive, the 1976 Tobe Hooper film, will do so and much more. Released after Texas Chainsaw Massacre, Hooper’s knack for creating scummy settings with even worse people is what makes this little-known film standout once you dig deep for it. Judd (Neville Brand) manages a disgusting hotel in what appears to be the middle of the woods. As the film goes on, multiple people visit, and everything goes mental. With each encounter, Judd constantly breaks down into violence, delivering disturbing monologues to himself or losing his temper to ridiculous proportions. Brand’s performance is unnerving. The scenes where it’s just him talking to himself were the best bits for me. Part of me hopes these parts were Brand ad-libbing most of his lines, with some kind of direction to guide it. It’s almost as if Judd isn’t from this planet. He acts in an almost other-worldly way that the whole film, as a result, looks as though it’s not from around here.

When Judd and other characters break down, they do so in the most violent of ways. Hooper’s direction of these mad scenes makes them chaotic, violent, and morbid. The grisly murders show off the impressive visual effects and make up. In particular, the very first murder is horrendous to look at. That whole part is pretty amazing, and I don’t want to say too much about it. With all of this violence, I think my point about this movie feeling so alien still applies here. The way the lighting hits everything makes the area where all of this is taking place look like the hotel is stuck in this cosmic hellscape. 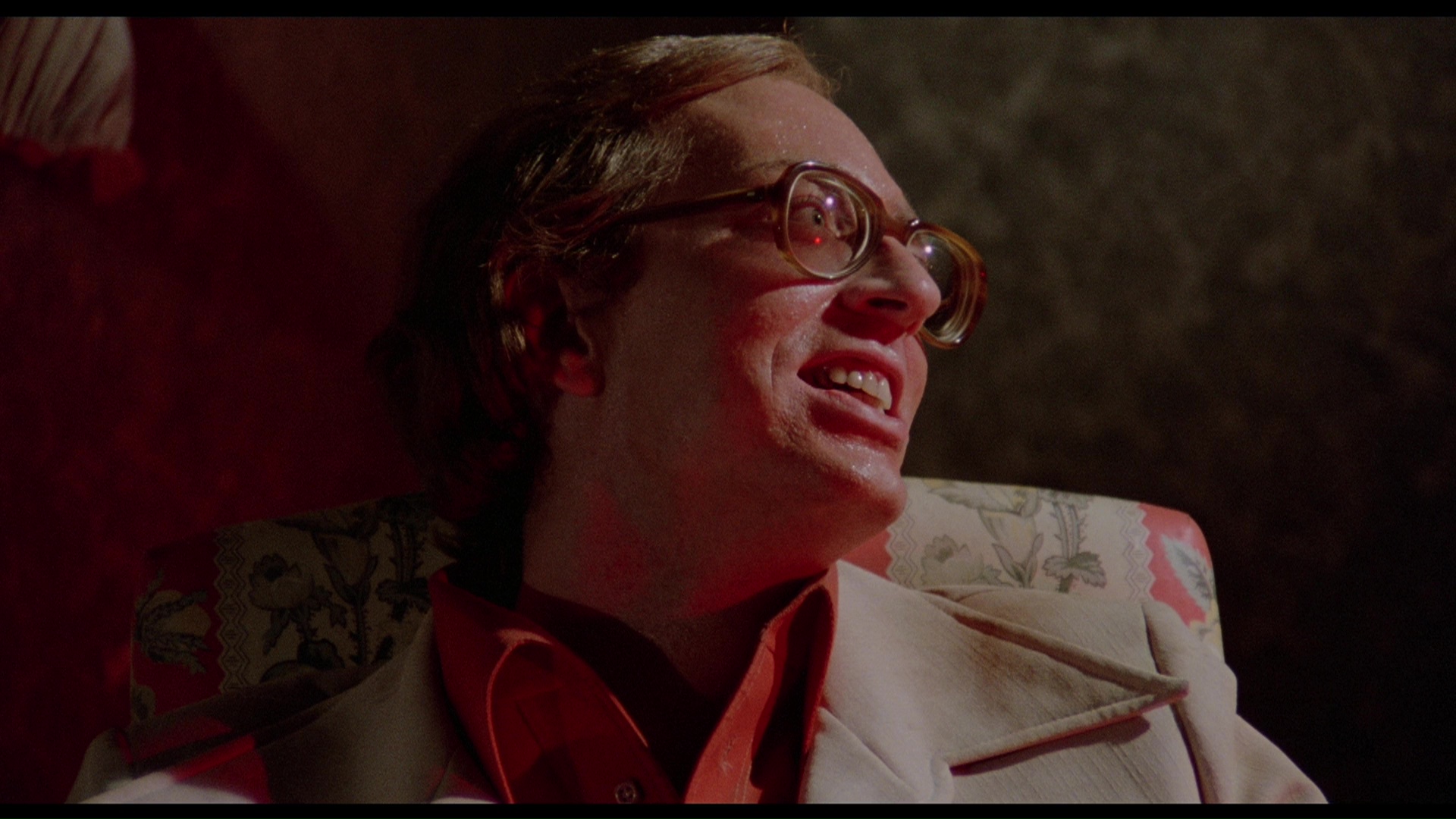 There’s also a great attention to detail when it comes to the environment showcasing what kind of person Judd is. There’s a Nazi flag in his bedroom, a monkey in cage, alligator in the pond right below the porch, disorganized rooms, and more. There’s so much to take in with each scene, and the aesthetic is both appealing and appalling. The production design is really remarkable with such a low budget. All of the scenes with the crocodile are brilliant. It’s not used too much, and when it does poke its head out, it makes that part much more insane. 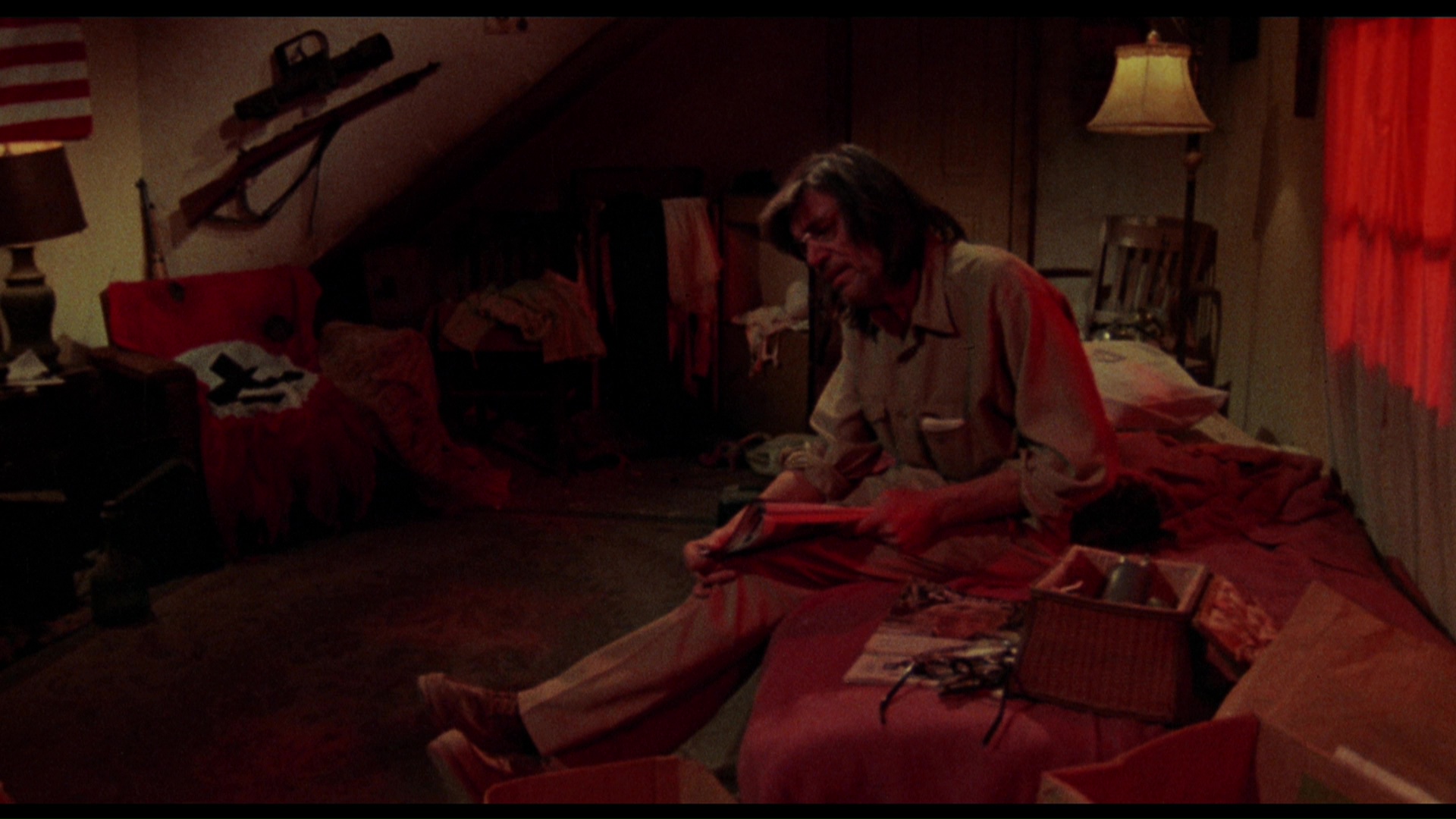 That’s the best way to describe Eaten Alive. This insane bit of cinema is so punk against Hollywood. Hooper rips and tears this movie to bits ensuring its unmatched lack of restraint is felt beginning to end. It’s amazing this movie was put out, and I’m sure the issues Hooper faced sucked. It was censored for a time until it was rereleased on DVD in 2000 with no content cut. I can’t imagine watching a censored version of this movie. In the end, Eaten Alive is a fantastic slasher stuffed with insane people doing equally insane things.

Streaming on Tubi (free with ads) and Amazon Prime