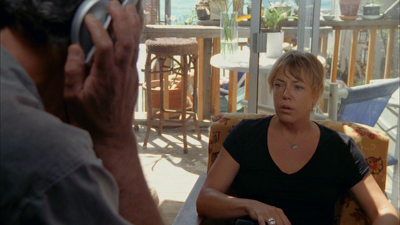 A little known fact about me is that Werner Herzog is probably my favorite movie personality, perhaps ever. I rarely get the social occasion to utter this secret, because well, Herzog ain’t always the cheeriest character. If you are unfamiliar with his movies, I invite you to check out his twitter page, run by ‘Werner Herzog’s unpaid internet stooge’, for a quick introduction to his ‘sometimes’ bleak world view.

Due to this morbidity, my fandom for Herzog has up until this moment been a rather closeted experience. After finishing up my writing about music, art, and otherwise for the night, I more often than not cuddle up with my MacBook Air and scour the internet for any free audio/visual content that doesn’t numb my brain. I have spent the better part of a decade search querying into Amazon Prime and Youtube things like ‘Dadaism,’ ‘Lacan Philosophy Lectures,’ or ‘Shakespeare,’ and have amassed quite a trove of hidden (and free) cinema gems, documentaries, and free lectures from days past.

One night the thought occurred to me, without much hope, to see if there were any Werner Herzog movies on youtube. Lo and behold, there were. Since this time however, I have noticed an unconfirmed, yet curious, rotation of his movie selections that rotate in and out of Youtube, Netflix, and Amazon Prime availability.

I’m not throwing shade, Werner. Quite the contrary. When I first pitched this piece to our film editor, Oscar Goff, he informed me that perhaps the largest collection of Werner Herzog works was not on Netflix, Youtube, or Prime, but in reality on Shoutfactorytv.com.

Whaat? Upon learning of this information a mere week ago, I have been relentlessly watching all the Herzog I can get my squinted eyes to focus on.

Mix this with a deep reading of Luce Irigaray’s “Marine Lover of Friedrich Nietzsche,” a newfound love of hardcore and grind-core music, a global pandemic and economic depression, trying to quit weed, AND two weeks of social distancing; now I am ready to write this review.

At first I thought this write up was going to dwell on the popular Herzog films that have been granted to us by Amazon Prime to, in my estimation, simply save face of their god-awful overall selection of self-serving, binge-able for binge-ing’s sake, content. You know, movies like the classic Fitzcarraldo, where the main ‘protagonist’ wants to build an opera in the jungle. Or Grizzly Man, whose protagonist gets eaten by a bear and then Werner Herzog listens to the tape, in what is perhaps Werner Herzog’s most famous cinema moment. Or Cobra Verde, perhaps one of Klaus Kinski’s and Werner Herzog’s most famous and brutal collaborations.

While all of these movies are noteworthy in their own right, I am taking this chance to focus on Herzog’s lesser known titles, in his spirit of always seemingly being the filmmaker for the ‘little or forgotten person,’ even if not directly or explicitly stated. In my estimation, I feel as if this is his strength. For an example, I put forward his documentary, The Cave of Forgotten Dreams, where most of the movie is an ogling at the primitive human spirit and its connection to art, a connection that famed German philosopher Friedrich Nietzsche, equally held up with fascination and importance.

My fascination with Nietzsche ain’t that much of a secret, but I bring this up to point out that his and German intellectual philosophy as a whole shines brightly throughout Herzog’s cinema and artistic mission. Whether laden throughout the dialogue or perversely set in complex metaphors that you could only fully understand with a degree in classical literature, Werner Herzog’s movies are one hell of a trip for the mind and are sure to keep haunting you long past the credits.

So without any further ado, scroll down for brief reviews of some of Werner Herzog’s hidden gems, as well as linked lists of Werner Herzog’s (almost?) complete streaming filmography found on Amazon Prime, Youtube, Shout Factory, and Netflix. And also, don’t hesitate to reach out if you believe some other streaming platforms have titles directed by Herzog not compiled below.

Woyzeck is a 1979 film directed by Werner Herzog about a German soldier (who is restricted to a diet of only peas) who kills his cheating wife. I am particularly struck by this movie because, for a movie so downright horrible and rather sickening, it is one permeated with poetry and beautiful cinematography, yet is not without comic relief, at all. In reality, this may be one of the funnier Herzog movies I have watched, as his sinister sarcasm and irony and in full force and cinematic power. Catch this adaptation of the unfinished Büchner play on Shout Factory TV.

Where the Green Ants Dream

In Where the Green Ants Dream, Werner Herzog takes a deep, fictional dive into the dynamics of mining in Australia and how that intersects with the rights of Australian Aboriginal people. This film is definitely one of the more mature Herzog films I have seen. The absurd part of this movie, doesn’t really seem to be that far-fetched: someone wants something big and shiny. This plot twist gives this movie a beautiful poetic arc into what unravels to be a beautiful, large metaphor about modern life and the fickle organ we call the human mind.

Juliane Koepcke survived after the plane she was flying on crashed into the Peruvian jungle. Implicit in survival for Juliane, was also the ability to navigate the jungles of the amazon, with maggots growing out of her shoulder wound. Werner Herzog goes to the scene of the accident and then travels with Juliane through the jungle on her journey to safety over twenty five years later.

A remarkable tale of survival is not with its tragedies. While this may be a sobering made-for-tv documentary, the movie is not without deep character complexities and bewilderments familiar to Herzog’s style. This is definitely a must watch.

This documentary focuses on two Kalachakra initiations of Tibetan Buddhist monks in 2002 (the first initiation was canceled due to illness of the Dalai Lama.) In this movie, Werner Herzog INTERVIEWS THE DANG DALAI LAMA and video-documents something I still think about everyday: Tibetan monks traveling in prostration to the initiation with some journeying more than 3,000 miles, taking over 3 and a half years, with no food or water, in prostration.

Being known to prostrate and meditate myself from time to time, I have a deep respect for monks. And if you, by chance, are unfamiliar, or if your only familiarity of Tibetan Buddhism comes from watching Anger Management that one time on the plane ride to your Aunt Janet’s in Florida, maybe you could use a refresher course. Herzog, in classic epic style, takes us through a tour of one of Buddhism’s holiest gatherings, talking with monks, numerous translators, all with that thick German accent we have grown to know and love. Tashi Delek!

Here Herzog ventures into the absurd. “Even Dwarfs Start Small” is a film where an institution of little people overthrows the institution director (also an actor with dwarfism) and then encage in all around destructive revelry. This is a funny, strange film whose ending, seems to lack, though, that is not to say I did not enjoy watching this. It has darkness, humor, and follows the Herzog formula of character development where the characters go through great transformation, and both the master and the slave, end up going a tad mad in the end. Halfway through the film, you wonder how the characters will eat, if they will ever sleep, or what they will actually do when the cops come.

None of those questions are answered in the film. For more you may just have to watch it for yourself.

The Great Ecstasy of the Woodcarver Steiner

Aguirre, The Wrath of God

Queen of the Desert

From One Second to the Next

And linked here is the complete list from Shout Factory.