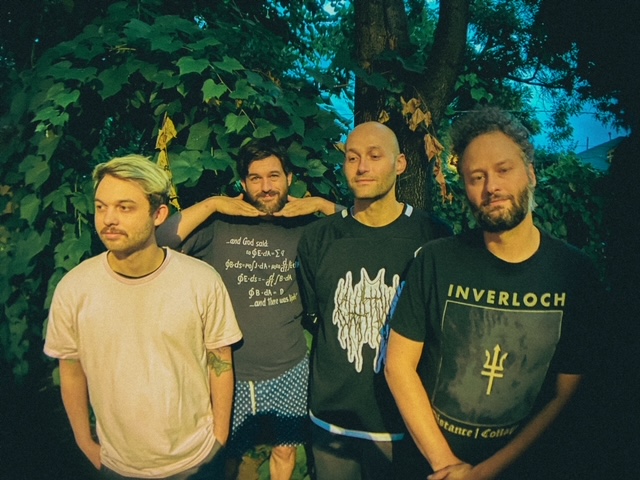 I looked over and smiled—there was another Chat Pile shirt in the crowd.

When I first came across the band, I knew that I had been blessed. Their scathing riffs and unhinged vocals threw me. Then I watched as one by one, everyone I knew fell in lust. My musician friends posted as they discovered 2019’s Remove Your Skin Please, the band’s second EP. I can recreate the bass line from “Dallas Beltway” in any black-clad group, and receive a knowing response—it’s a dog whistle and a turing test for freaks.

When I asked guitarist (and earth-angel) Luther Manhole what it was like to be part of the most important noise band today, he shyly smiled, saying, “My life hasn’t changed much.” The question was posed at Texas’ No Coast Fest, where I, obsessed, flew from Boston to see them.

It was there that Raygun Busch (vocals), Stin (Bass), Captain Ron (Drums), and aforementioned Luther kindly endured my many questions. This is also where I first heard track “Why,” to be released on their just-announced LP, God’s Country.

The track itself is a meditation on homelessness in the world’s richest country, something that hits home for a person who does in fact, live outside. In asking after the reasoning for selecting this topic, Raygun tells me, “It’s not right to look away from the pain and suffering of your neighbors, especially when the reason they agonize is due to the wickedness and greed of others.” Of homelessness in his hometown of Oklahoma City, he notes, “OKC is like many other US cities-many people live beneath bridges and in the trees.” I feel seen. 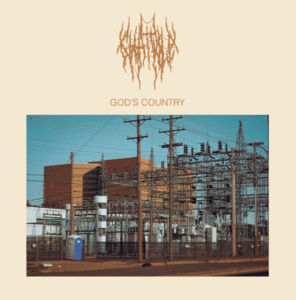 The Album Art for God’s Country

The long-awaited release, due to drop July 29th, is available now for pre-order on the gang’s Bandcamp. In it, I am met by much of the same horrific content that made prior releases so lovable. In the latter half of the album, I hear a bit of something that surprises me; though much of the same, nasty, dirty bass is present, so too is a darling touch of softness.

Dropped today alongside the album announcement is the accompanying music video for song “Slaughterhouse,” available now for eager ears and viewing pleasure.

On the writing processes for God’s Country, Stin tells me, “Typically one of us will come up with a riff or an idea, and the three instrumentalists in the band will grind on the idea until a song starts to reveal itself. Sometimes this process can move pretty quickly, but sometimes it can literally take months of jamming and rewriting before all of us feel satisfied,” hence the year-long wait.

If you haven’t heard Chat Pile, fix your life and order God’s Country. The band is also touring shortly in St. Louis, Chicago, Minneapolis and Kansas City starting May 25th – 29th alongside killer acts including Intercourse, Dead Rider, and Nerver. Catch them if you can. 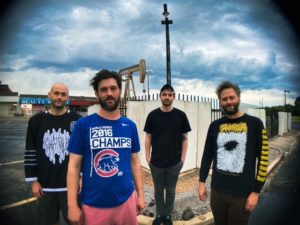