A long overdue ode to digital media art, Before Projection: Video Sculpture Talk was an exploration led by MIT grad student Rachel Thompson. The talk reiterated the significance of digital art throughout its own history, followed up with an explanation of its potential to alter the way in which people experience art altogether.

Taking place in the heart of the exhibition, Thompson placed herself next to Nam June Paik’s Charlotte Moorman II which stood as a massive metal beacon to all incoming listeners. The placement of the speaker seemed to facilitate the talk in some aspects and hinder it in others. 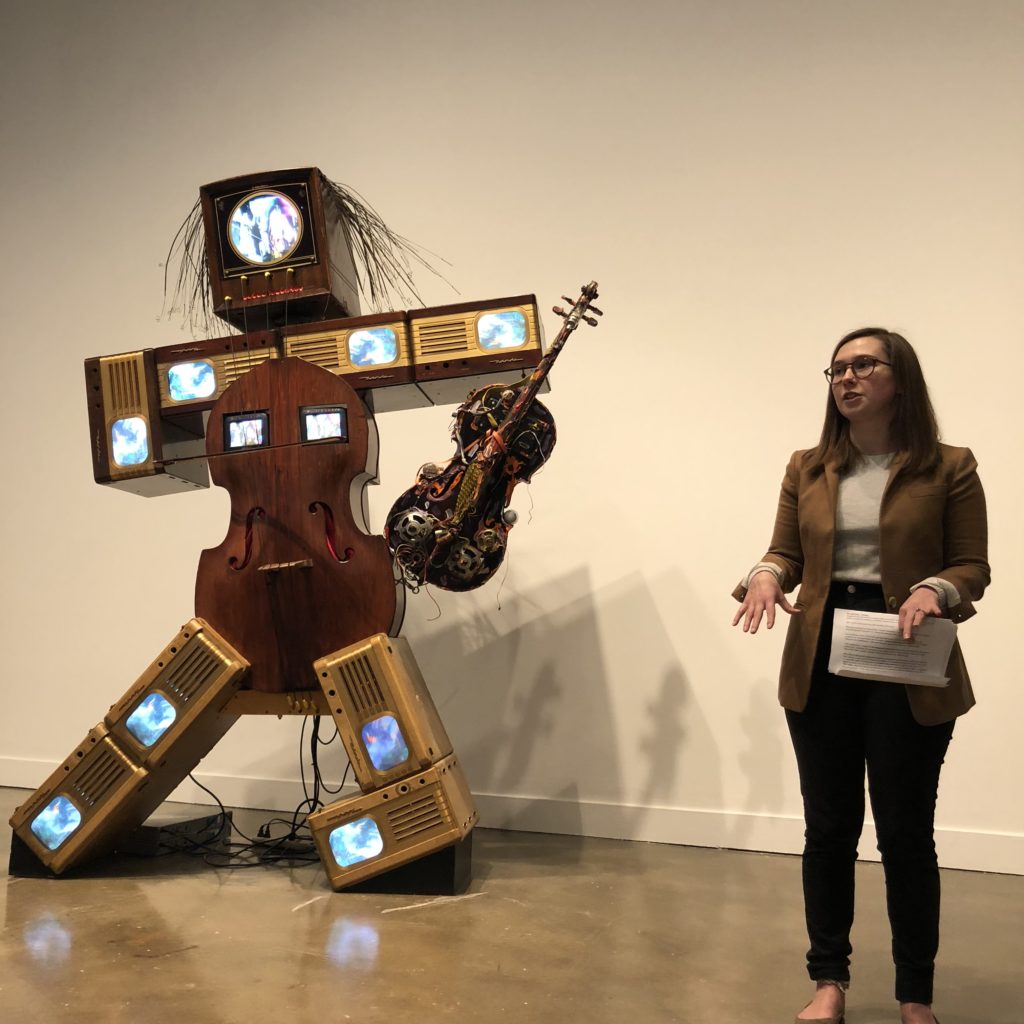 Existing in the midst of all of the artwork allowed for easy and instantaneous correlation to the content of the talk, but others complained that the static noise as well as video audio of the exhibition was a hindrance to hearing the speaker. The museum staff responded promptly to this complaint with the explanation that it was simply part of the beauty of being in an art gallery.

The talk was largely illuminated by Thompson’s ideas for the future of digital art. Digital media arts, according to her, allows for varied and unique viewing experiences. The art is unique to the space in which it resides, as well as the arrangement of the art within the space. 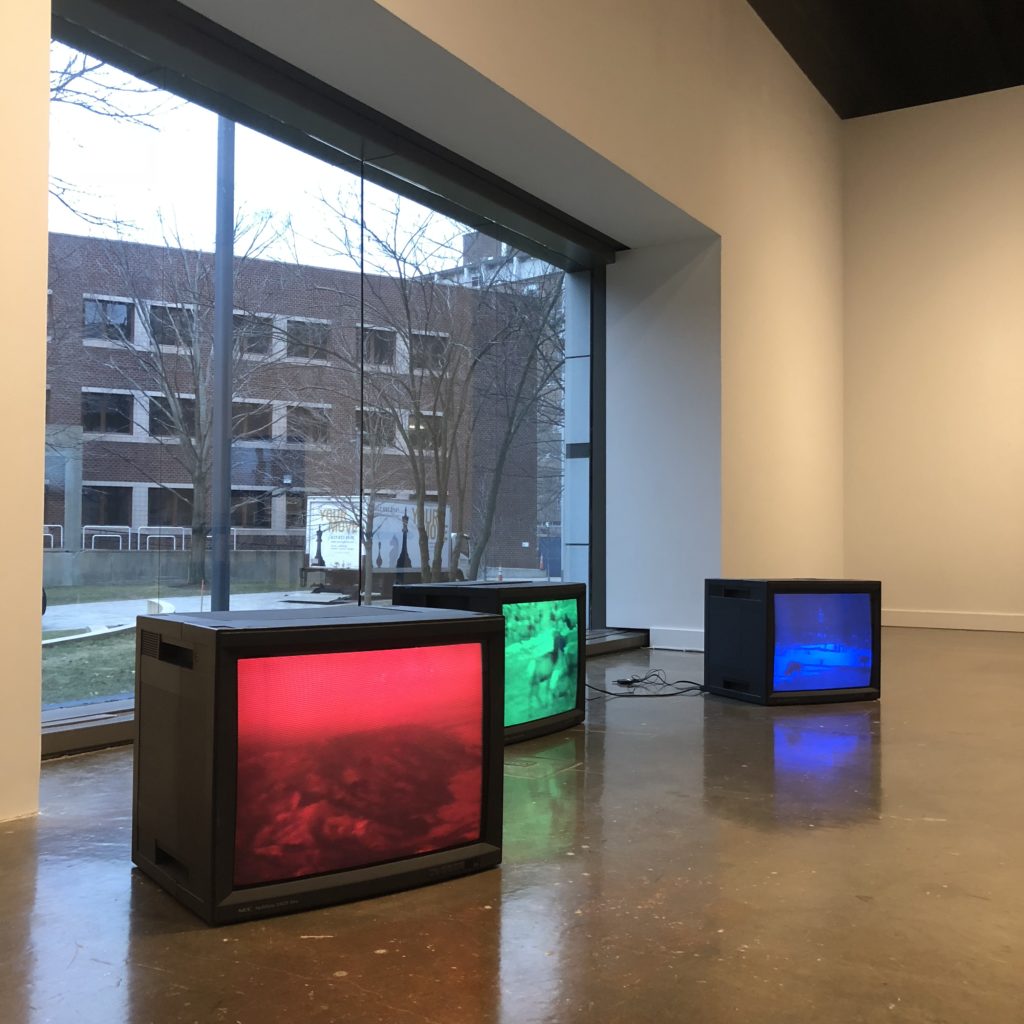 The arrangement of art in the List Visual Arts Center, for example, would be the only exhibition of its kind to exist because the space cannot be moved, only the art. The idea of digital art existing in different places all at once is optimistic, despite the controversy of the absence of original work.

The capacity for an audience to engage with the art was also considered. In a space that both welcomed and rejected interaction with the art, this perspective was in a way, ironic. Ernst Caramelle’s Video Ping Pong  invited people to engage with the art by presenting itself as an interactive piece whereas Adrian Piper’s Out of the Corner had strict security monitoring the visitors in order to preserve the sanctity of the art. 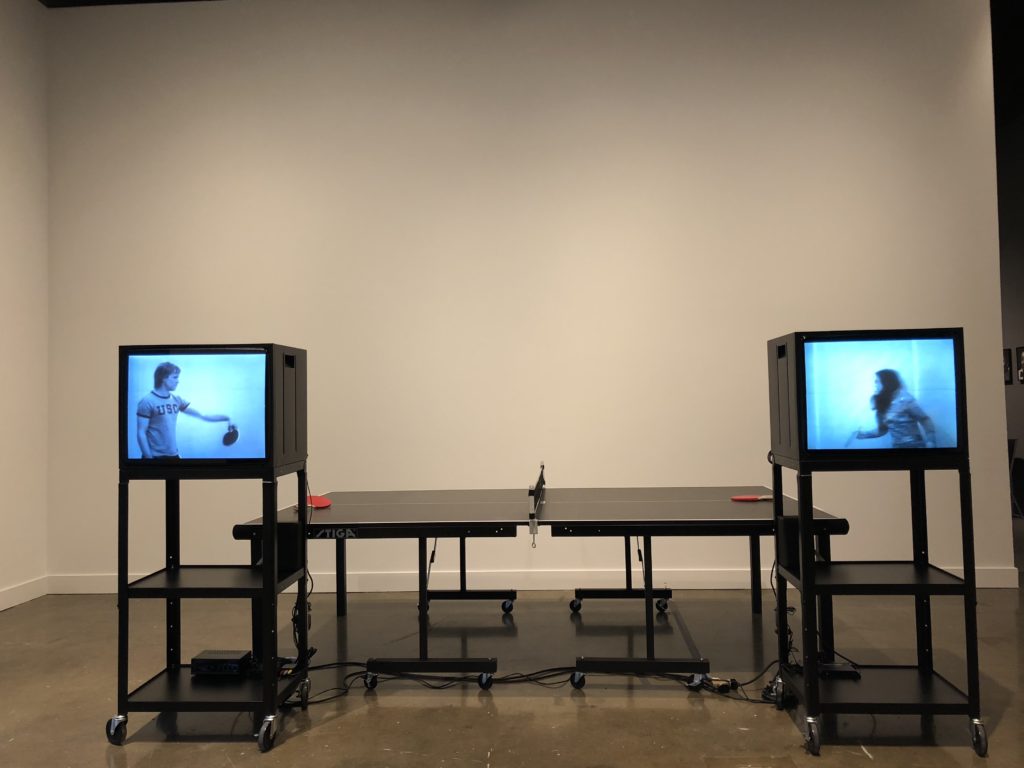 Despite the fact that the exhibition existed under the umbrella of video sculpture art, it was intriguing to witness the gaps in time that differentiated each piece as well as the distinctions in style and concept between the individual artists.

The ability for such work to exist together is perplexing in some lights but incredibly modern in others, allowing for the coexistence of old and new in one cohesive space. Modernity does not dictate the elimination of the past, rather it enhances it—maximizing it in some places when it can only minimize in others.

Liked it? Take a second to support Rhoda Yun on Patreon!