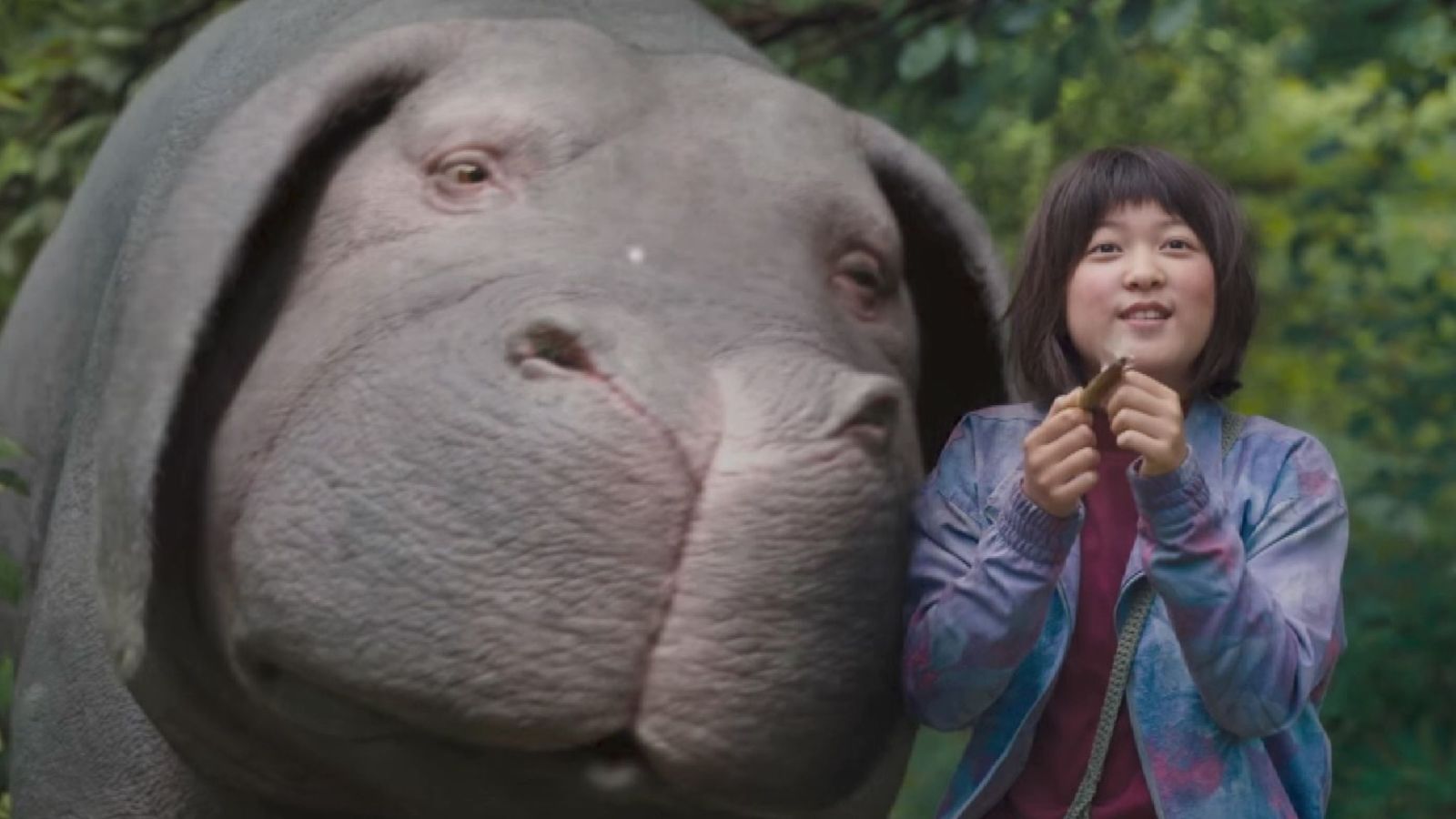 It is with great honor that I award Bong Joon Ho’s latest masterpiece, Okja (2017), the label of ‘the most flamboyant parody of the past two decades.’ And it is with even greater joy that I share some words on how a Netflix film about a giant pig serves as one of the most poignant pieces of satire in our cultural lexicon.

Starting with a pair of cartoon caricatures shared between Tilda Swinton and Jake Gyllenhaal (sporting a Ned Flanders aesthetic), Okja wins your heart by defining its conflict early on in a purposefully direct bout of comedic exposition. The story is simple: in an effort to convince GMO-worried consumers to invest in a major meat-production company, Swinton’s character has decided to develop a batch of ‘super pigs’ who produce exceptional grade qualities of meat at impressive yields.

It’s an elaborate ruse meant to draw people into consuming mass-produced meat that, thanks to a marketing campaign, appears to be developed by local farmers (including the Korean farmers that have raised the titular Okja). At an even scarier level, it’s a fictional premise that does not feel too far from our present condition.

Moving forward, the film explores ideas of mass production and consumerism tied to both Korean and American cultures, in ways that marry the best comedic aspects of the former with bizarre yet nuanced performances from the latter’s ensemble.

In other words: this is going to be the weirdest movie you’ve ever seen Jake Gyllenhaal in. What he presents to the audience might feel like a far-fetched parody, a la Pee-Wee’s Playhouse, but, in truth, it is an exaggeration of the worst media-savvy faces strewn across our television through reality-based channels like Animal Planet, HGTV, TLC, and, hell, even Bravo.

As someone who watches all of that shit, this was someone I know exists. 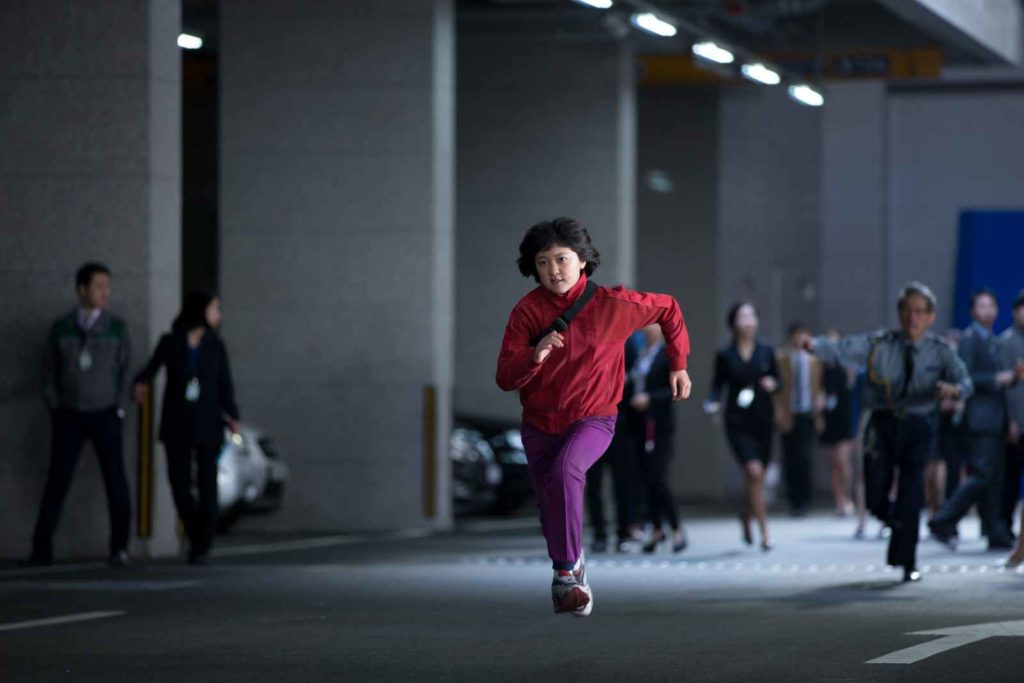 The later additions of Paul Dano and Steven Yeun are a welcome change to this idea of over-the-top voices being our source of conflict and resolution. Both actors bring a unique voice to the stage in a way that will have you asking for a buddy film featuring these two alone.

Seriously, their characters feel very well-defined, and their relationship somehow manifests in the near half hour they share together cumulatively.

But all of this ignores the power that our protagonist, Mikja (played by Ahn Seo-hyun), has in selling us on the revealing nature of food production and Western globalization. It’s through her eyes that we develop a deep understanding of the relationship between human and, uh… super pig… in a way that feels authentically devastating once Okja is in danger. Her performance is worth recognition and, ideally, will be a platform to launch her career into even bigger projects in the future.

There are creative moments courtesy of Bong’s action-savvy expertise which sell viewers on the idea that the camera is in fact a character in this film (something that feels unexpected in a satire so indulgently fun) and that every element of his production is intentional. Having attended the premiere, I think this pays off in a way that deserved the standing ovation we gave him. 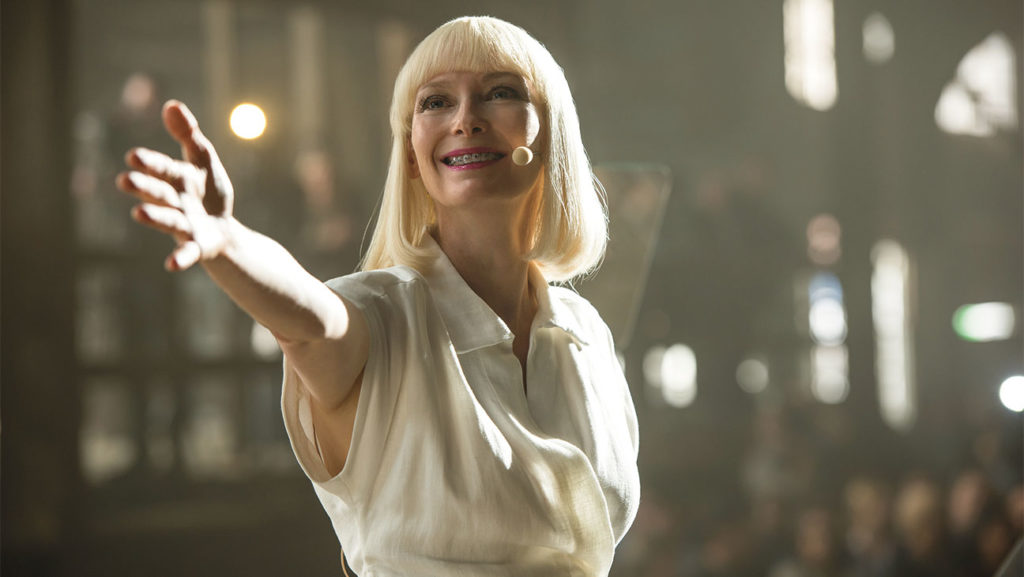 Other reviewers have noted the negative response from the morning premiere of the film, and have associated this with the perception of Netflix at Cannes. I can admit, there is a known prejudice against films produced by streaming services here, as certain viewers refuse to react to even the most sentimental moments Okja lays out. However, there are shared feelings of admiration for companies like Netflix and Amazon once their products are consumed. 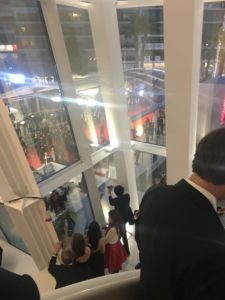 Here’s a blurry-ass picture of the red carpet at Cannes.

Then again, you will see reviews over the next few weeks that pan the film because of its lopsided tone and juggled message. I cannot make the claim that these reviews are incorrect, but I can challenge the reviewers in their ideas of how Bong approaches Korean and American stereotypes in his work. I see this ‘lopsided’ aspect as being more of a way of balancing his product for many audiences and cultures at once in a way that pays off brilliantly by the end.

I implore you to explore this satire as someone whose views on meat were already questionable (thanks, Food Inc.) but have now been thrown into absolute chaos thanks to this darling love letter to nature and the beauty of life.