On June 24th, the City Council approved a budget of $3.6 billion for Boston’s fiscal year 2021 in an 8-5 vote. According to the official overview, the budget for Boston’s police department remains at approximately $414 million. 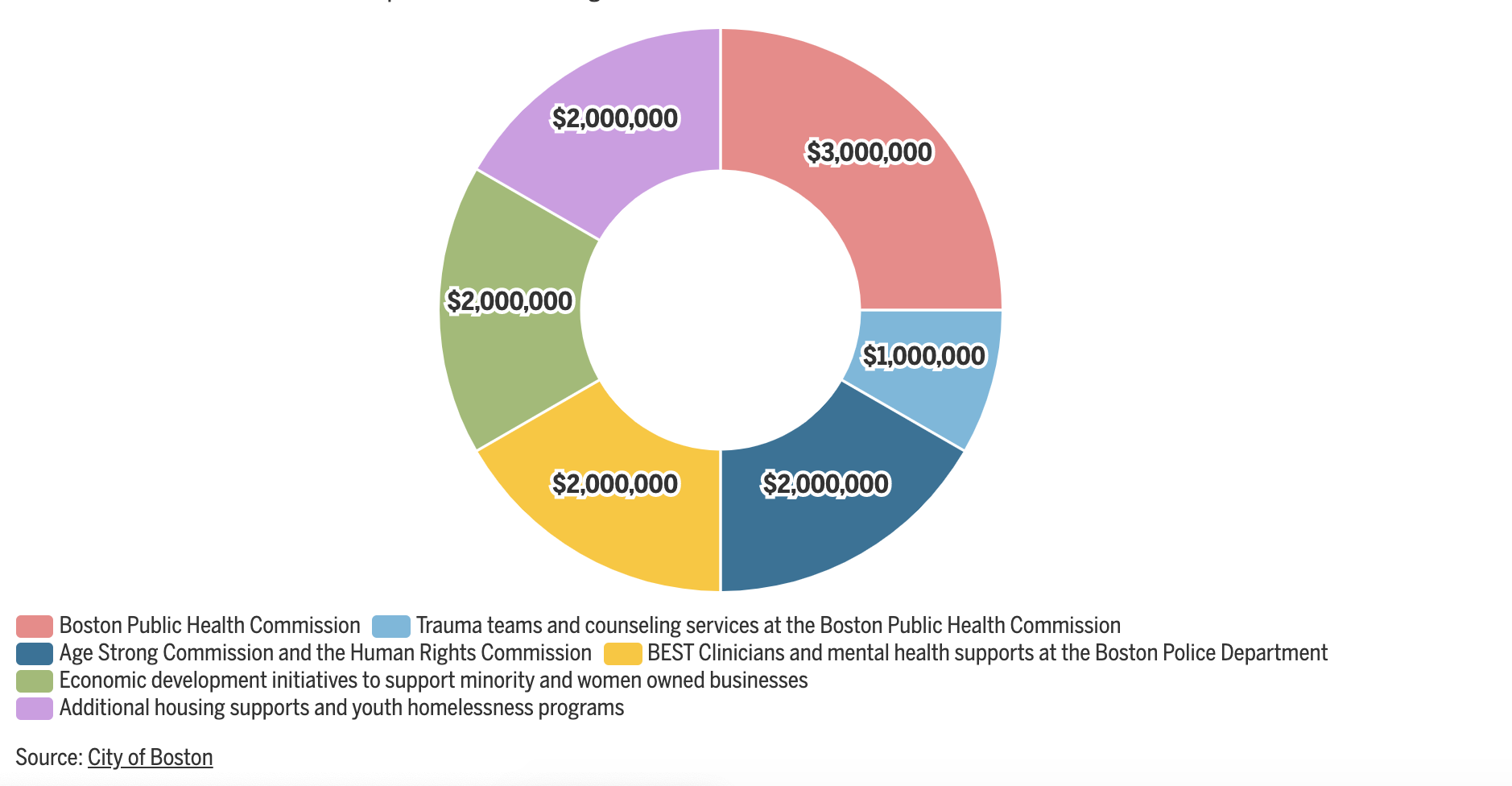 Courtesy of The Boston Globe.

This $12 million difference seems negligible to those who are calling for the city to defund its police force. Even with $12 million removed, the BPD overtime budget is still 194 times larger than the budget for the city’s Human Rights Commission, which was formed to address discrimination on the systemic level including housing, credit, education, and employment. While Mayor Walsh has listed the HRC as one of the recipients of reallocated funds, it is unclear how the $2 million will be divided among the many community-based programs across city government. It is also notable that another $2 million allotted to “clinicians and mental health supports” remains within the purview of the police department, in partnership with Boston’s Emergency Services.

On Tuesday, New York’s City Council voted to approve an almost $1 billion cut to the police budget, which at $6 billion is twice as large as Boston’s planned budget for the entire city.

In his statement announcing Boston’s planned reallocation, Mayor Walsh said: “We have an opportunity to seize the moment that is before us to make investments that are grounded in equity, inclusion and that are intentional about directing funding to places where we know it will have the greatest impact in benefitting our residents.”

He continued by stating that he was “proud that thanks to years of careful fiscal stewardship, we are able to continue making smart and strategic investments at a time when many residents need it most.” 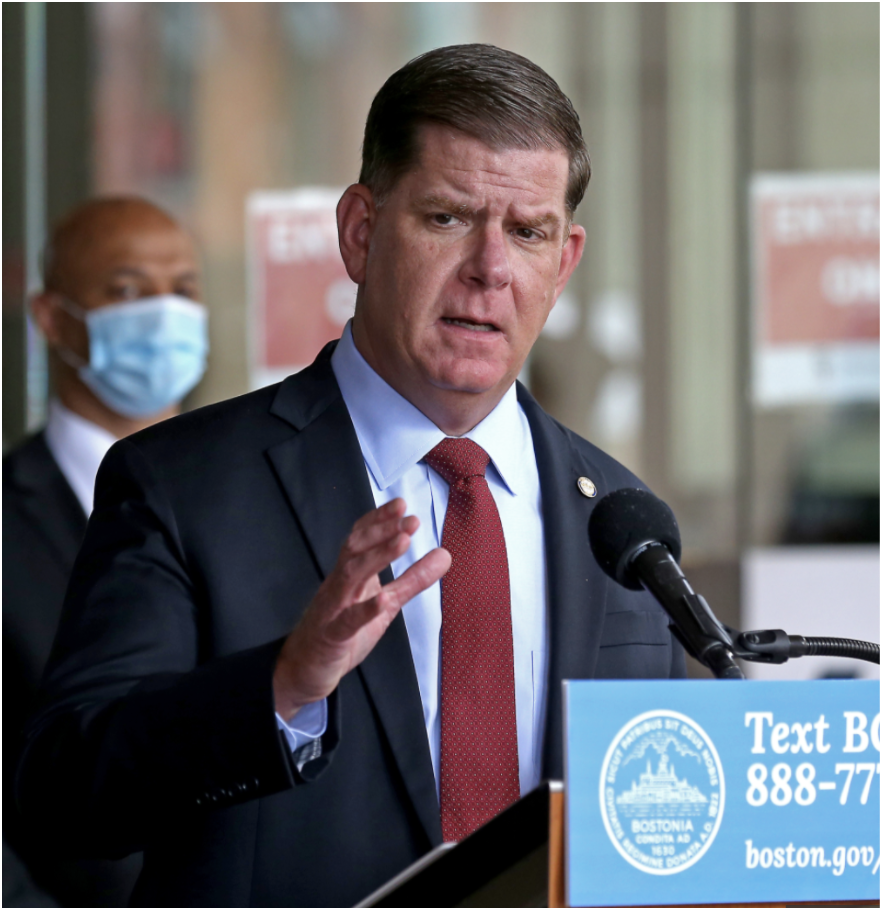 Courtesy of The Boston Herald.

One important distinction that has been floating around the social media ether is that between “equity,” the term used by Mayor Walsh, and “equality.” Mayor Walsh is highlighting the fact that support should be tailored to account for the differing and complex needs of our communities, rather than distributing an equal amount of funds across different initiatives. While his invocation of equity can be seen as vague, it speaks to the two-pronged approach that will be necessary for the defund movement to succeed. In order to resolutely and effectively move towards defunding the police, we must take from the right places, and give to the right places. It sounds almost infuriatingly straightforward, but this money is not easy to move. It is deeply embedded in a political, personal, and prejudicial sphere.

The Blue Bankroll: Inside the BPD Budget

There are several departments in the police budget that are receiving considerable cuts, including the Department of Mental Health’s Jail Diversion Program, the Bureau of Professional Standards, and the line item “Violence Against Women.” Programs receiving budget increases in FY21 include: The Police Commissioners Office, BAT-Operations, and the Police Fitness Center. Other initiatives, like Community-Based Violence Prevention and the Office of Juvenile Justice and Delinquency Prevention’s Youth Violence Prevention Enhancement Project, were funded for a limited period in the form of grants or awards. As the awards are offered nationally and are highly competitive, the Boston Police Department has not received funding for Community Based Violence Prevention or the OJJDP Youth initiatives for the past three fiscal years.

Combing through the line items in the budget is no easy feat, but it’s necessary. Trafficking in totals obscures the specifics of funding reallocation within the BPD.

The empty coffers in these areas of the police budget push the tenets of the defund movement to the fore: if these efforts are receiving inadequate funding under police dominion, why are the police in charge of them at all? As Mayor Walsh’s reallocation efforts suggest, government officials are beginning to ask this question themselves. But how swiftly and meaningfully they answer it remains to be seen.

Meanwhile, Congresswoman Ayanna Pressley is several steps ahead. She has been openly critical of Walsh for lingering on the sidelines of meaningful change.

“We’re making progress,” said Pressley, “but given the depth of the hurt, it is a drop in the bucket.”

“If you really believe that Black lives matter, it is in how we legislate and it is in how we move on these budgets,” she said. “It’s about the investments that we make.” 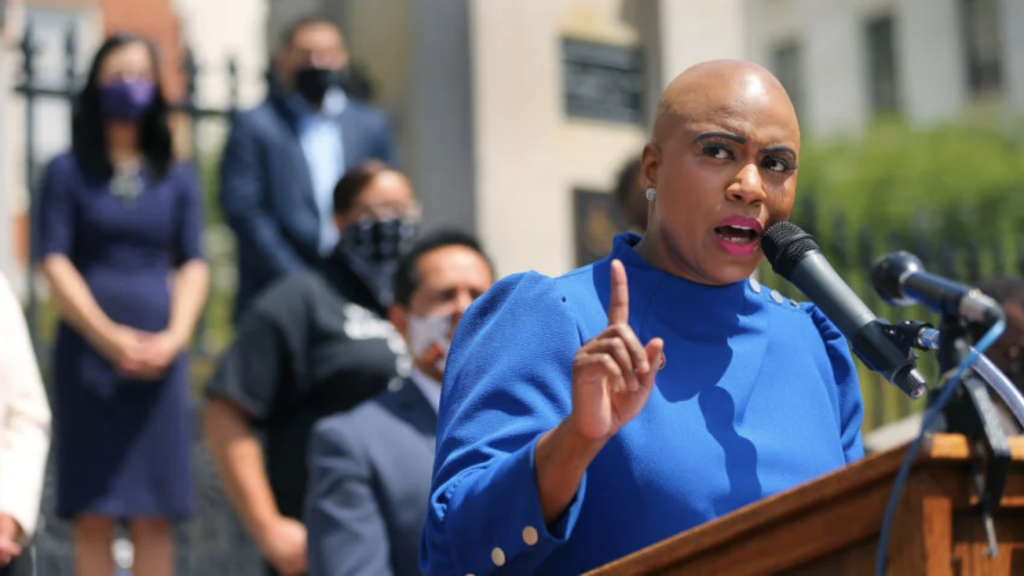 Rep. Pressley has also directed her efforts into pointed, specific legislative reform. She is one of 230 co-sponsors to the George Floyd Justice in Policing Act of 2020, which passed in the House on June 25th. While three Republican members of the House voted in favor of the bill, its future in the Senate is uncertain.

The bill includes a section on qualified immunity, the area of the law that Pressley has faced head-on in recent weeks. The bill aims, among other things, to limit qualified immunity so that it can no longer apply to local police officers or correctional officers, against whom most excessive force and brutality cases are levied.

Qualified immunity can be an immense roadblock for family members and victims trying to build a strong case against individual officers. Haley Fuchs for The New York Times points out that sometimes, even in cases where an officer is criminally charged, qualified immunity can still prevent victims and their relatives from receiving compensation on the civil level.

A qualified immunity defense seeks to prove that the officer behaved in an “objectively reasonable” manner in the given circumstances. Objectivity is often stretched to the limits of its definition, as it was in the case of Jones v. Treubig.

In New York in 2018, a man named Matthew Jones filed a civil suit against Lieutenant Christopher Treubig and other officers for the use of excessive force during his arrest. In two separate attempts to receive qualified immunity, Lt. Treubig argued that he behaved in a reasonable manner, given his belief that Jones was continuing to resist.

During the arrest in 2015, the force of the first taser cycle from Treubig left Jones prone on the ground, hands splayed. Treubig had tased him again, landing Jones in the hospital.

Even while acknowledging that his understanding of the situation was incorrect, Lt. Treubig asserted that his continued use of the taser was reasonable, because his behavior was consistent with his assumption that Jones was still resisting arrest. Essentially, Lt. Treubig asked for the jury to agree with his definition of “reasonable”— doing what he thought was right, even though he was wrong.

Jones filed an appeal, which went before the Second Circuit Court of Appeals in December 2019.

As the two presiding judges explained: “Jones was no longer resisting arrest or posing a threat to the officers or others, but rather lying face down on the ground with his arms spread. No qualified immunity can thus exist on those facts.”

“It is beyond doubt that any reasonable police officer would know that the use of a taser, like pepper spray, constitutes significant force,” they ruled.

The final result and impact of Jones v. Treubig remains to be seen. It does not mitigate, for example, the Supreme Court’s recent refusal to hear eight cases involving qualified immunity. However, this ruling does join the growing, collective voice shouting from all levels of our society: No, go back. It’s not done until it’s done right.

In her sweeping assessment of our nation’s shortcomings for NYTimes Magazine, Nikole Hannah-Jones drives a crucial point home: reallocated funds can’t address the gaping wealth disparity that has permanently overshadowed the Black experience in the United States. In a sobering recognition of the limits of equality as it is written into law, Hannah-Jones points out that “so much of what makes Black lives hard, what takes Black lives earlier, what causes black Americans to be vulnerable to the type of surveillance and policing that killed Breonna Taylor and George Floyd, what steals opportunities, is the lack of wealth that has been a defining feature of Black life since the end of slavery….Wealth, not income, is the means to security in America.” 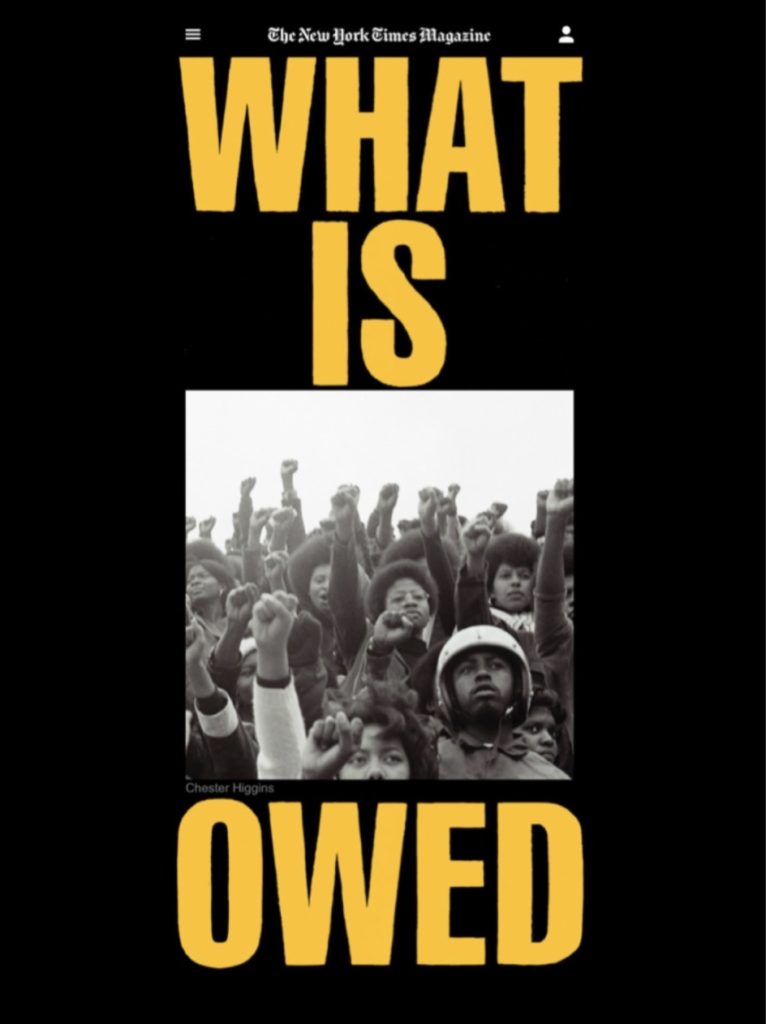 The cover for Hannah-Jones’ article, courtesy of The New York Times.

The crux of her piece, akin to Ta-Nehisi Coates’ 2014 Atlantic article “The Case for Reparations,” is this: “If we are truly at the precipice of a transformative moment, the most tragic of outcomes would be that the demand be too timid and the resolution too small. If we are indeed serious about creating a more just society, we must go much further than that.”

In truth, many of the “re-”s that have buoyed a public discourse scrambling to respond to a nation in crisis—“reevaluating,”  “recommitting,” and most notably “reallocating”—assume that we have adequately engaged in this work before. Ultimately, Hannah-Jones is calling for us to acknowledge the insidiousness of our economic foundation, to recognize the status of racism and state-sanctioned violence as load-bearing walls in our current construction of reality.

As she rightfully, cuttingly asks: “Will this moment only feel different? Or will it actually be different?”