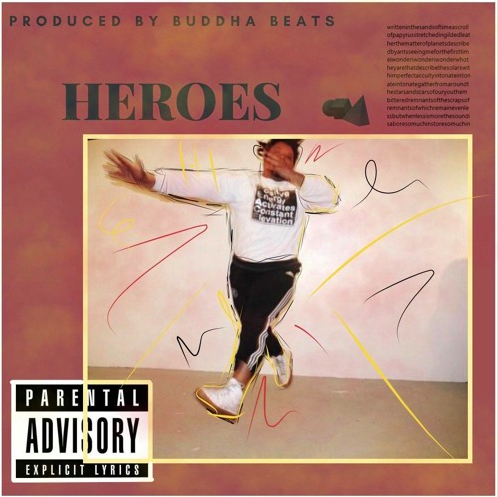 Heroes by Buddhapackthedro can only be described as BBE (Big Blunt Energy). The entire album is very reminiscent of sitting in the car or the kitchen with your friends and blasting a fire beat you found on YouTube or SoundCloud, ripping off one another until the beat ends.

Buddhapackthedro is the moniker of Luis Berroa, a Boston-based producer and musician who does not seem to be going anywhere anytime soon. And Boston and all streaming platforms are lucky for that. Follow Luis’ music on his instagram: @buddahpack.

The lyrics in most of these songs seem to leave me wanting for more, a melodic and beat heavy album is perfect for someone who is looking to get caught up in sound and less in content. One of the bright spots of the album is in the features, the most noteworthy is on “Gelato ft. MaziFader”. Mazi really uses his wordplay with Buddhapackthedro’s beat making a really nice harmonious collaboration. You can tell they both had a lot of fun making this song.

If Buddha’s future releases follow in the steps of DJ Khaled’s albums (Father of Asahd or Grateful) I will be the first one to be listening. All in all after listening to this album you can see a lot of great potential in Buddhapackthedro, for a future in producing.