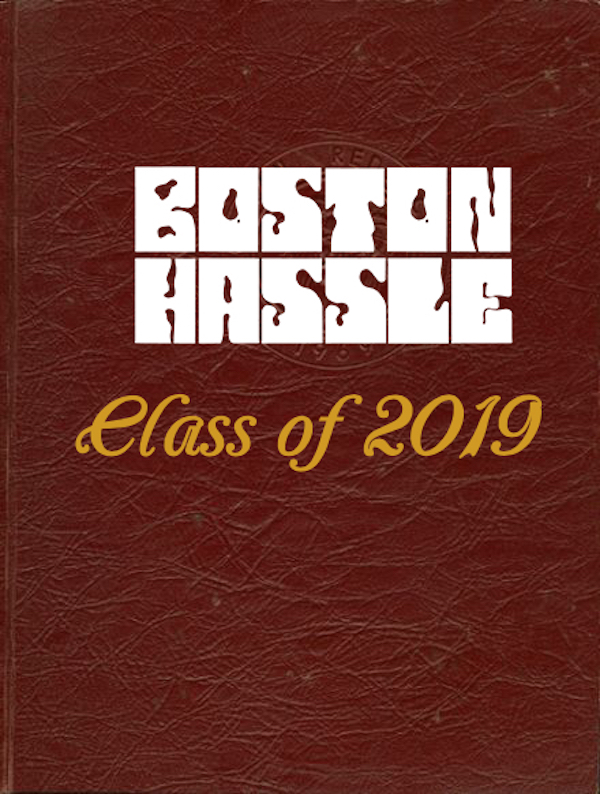 As we launch into 2020, it’s easy to look forward to (or dread) the next decade. But it’s important to take a moment to look at where we’ve been musically as a city, because it’s been pretty damn great: from punky grit to dancey jangle pop to the saddest songs you’ve ever heard, Boston’s artists have delivered on every front. So here’s a communal “Cheers” to just some of the tracks (there are so many!) that helped define a portion of the scene in recent years (and to those whose brilliant seedlings are yet to be planted.)

Best Song for Dancing Even If You’re Not Very Good at It
“Fruit Punch” by Squitch
If you haven’t at least tried to dance to this playful track in a sweaty basement or chimed in with a “Woo” during the breaks in the darting riffs, then you haven’t truly felt the sort of unbridled freedom and honesty Squitch brings to each one of their tracks and sets.

Best Gay Cello Rock Track
“Float” by Prior Panic
From the opening that weaves together the deep cello groove and sharp guitar riffs to singer and cellist JB Fulbright’s punchy chorus, “Float” is THE definition of infectiously catchy. The rest of the band’s 2018 release, Finicky Things, follows suit, making Prior Panic an obvious decade standout.

Best Song to Listen to After Running into Your Ex and/or Exes at the DIY Show
“Hell Is a Basement” by Cosmic Johnny
The scene’s pretty small, ya know? Cosmic Johnny just really said it best in their 2018 LP, Good Grief.

Song Most Likely to Soundtrack a No Good Very Bad Day
“Song” by Harmoos
“Song” stirs up a bit of melancholia but also carries a wisp of reassuring hope with the sage, whispered words of wisdom, “it’s better to do something than nothing.”

Best Album to Play during an Angsty and Sobering Drive
Here Comes the Wolf by Tuxis Giant
To say Here Comes the Wolf hits hard is an understatement. The driving bass and pondering in “Fiona”, the nostalgia for “going out to shows ‘til I can’t feel anything” evoked in “Almost Enough”, and the contemplative sadness in “Good Dogs” all speak to the overarching, but elegant, emotional trip the album takes.

Song Most Likely to Be the Best Song Ever Written
“No Heaven” by Blau Blau
It’s 1 minute and 39 seconds of perfection! Bliss! It’s 1 part new wave nostalgia to 2 parts pure beauty steeped in reverb and finished with singer Lira Mondal’s stunning vocals: the kind of song that you should think about at least once every day.

Best Song that Utilizes Basic Trigonometry
“Sin Triangle” by Sidney Gish
Think of how easy trig would have been if you had the ridiculously catchy track by Sidney Gish teaching you how to diagram a Sin triangle!

Album Most Likely to Make You Believe You’re Invincible
Glass Cannon by Edge Petal Burn
As beautiful as it is biting, Glass Cannon possesses a heavy energy that goes unmatched. Though the album taps into anger, trauma, and discomfort, it ultimately has an immense and triumphant sound that offers the auditory equivalent of a helping hand.

Best Song to Soundtrack Your Love Affair with the Allston Meter Maid
“Dogshit Paradise” by Beeef
Beeef have a knack for writing catchy tunes—and have written many since the release of “Dogshit Paradise” in 2017 (re: 2019’s Bull in the Shade). But until the day Allston ceases to exist, “Dogshit Paradise” will remain an anthem and little snapshot of the neighborhood.

Are me and Oscar the only ones that give a shit about TRADITION in this family?!?