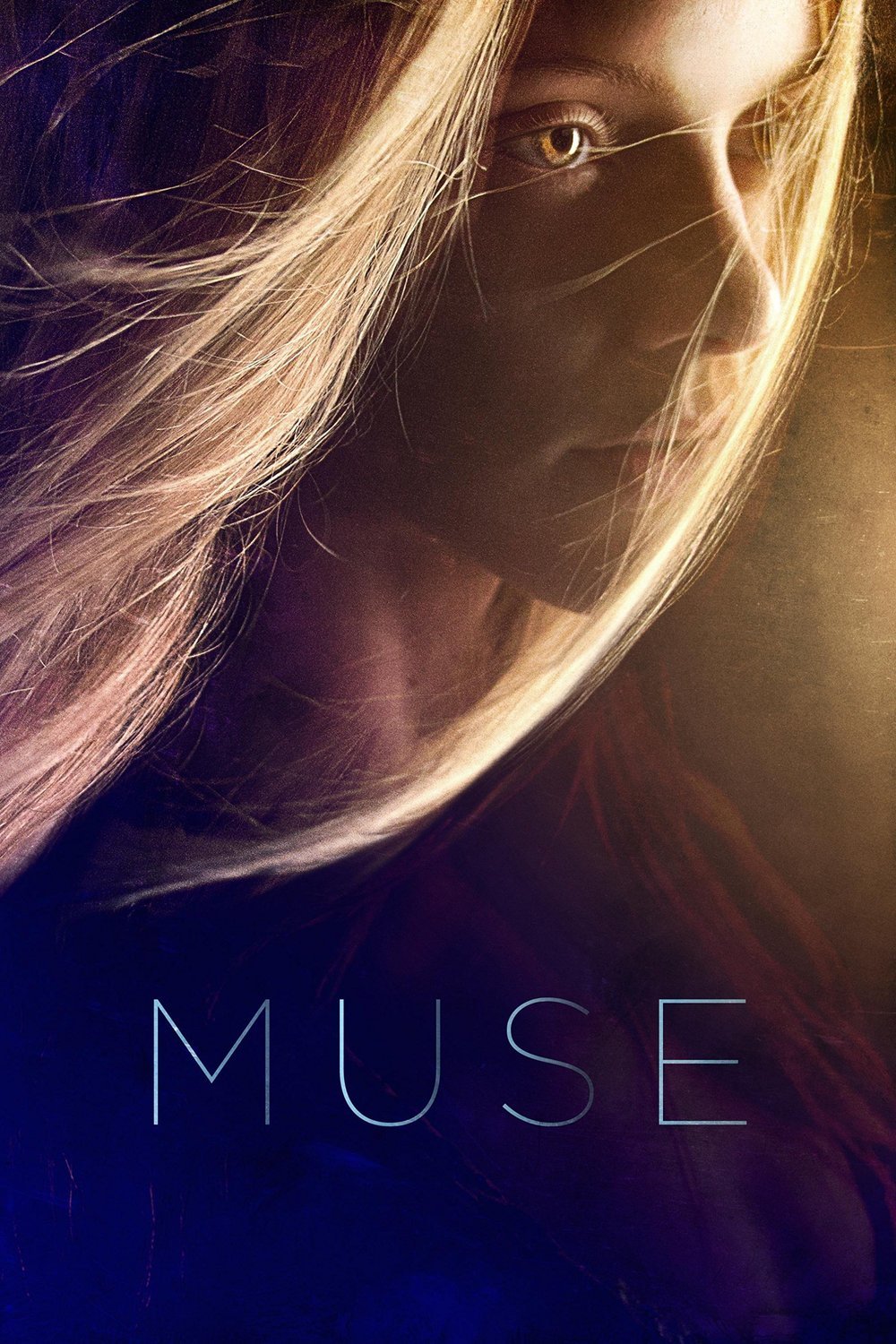 Inspiration is a tricky thing. On the one hand, an inspiration should always be personal: a deep connection to something more than you. On the other hand, having that inspiration publicly known also gives others the insight into the mind of a creator, to the point where the art might make more sense with the inspiration out in the open. In the case of director John Burr’s new film Muse, inspiration turns out to be a fickle thing, giving our protagonist the art he desires to make while leaving trail of blood behind every creation.

Muse follows artist Adam, a man with not much of a backbone against people who push him around, who is trying to create his artistic masterpiece. Through a series of events, Adam comes across a woman in the woods, who decides to follow Adam back to his apartment. As time goes on, Adam progressively gets closer to his silent muse, while she becomes the main inspiration for his art. Eventually, this mysterious woman’s true intentions and identity come to light, and what starts out as simple inspiration begins putting Adam and everyone around him in danger.

In creating Muse, director John Burr’s interest really lied in diving deep into how dark one’s inspirations can get. “I did, however, want to examine the idea that an artist might choose the road less traveled in pursuit of creative fulfillment,” he says, “That many of us would opt for a more complicated life, or even a shorter life, as long as it was filled with inspiration.” In this, our main protagonist Adam dives deep into his own insanity, with his muse being the instigator for his breakdown. While diving deep isn’t good for Adam, his best work comes out of it, which is really the highlight of Burr’s film. This is mainly thanks to the phenomenal performance by Riley Egan as our protagonist. Riding that fine line between hero and villain, Egan gives us a performance that is equally sad and terrifying. Burr, making a point to acknowledge that Egan’s performance is incredibly important to the success of Muse, states that “Riley’s performance was particularly challenging. His character goes from insecure and downtrodden to an active agent in a pretty dark place — there are only a couple of scenes in his arc where he can show off his cool and charismatic persona.” 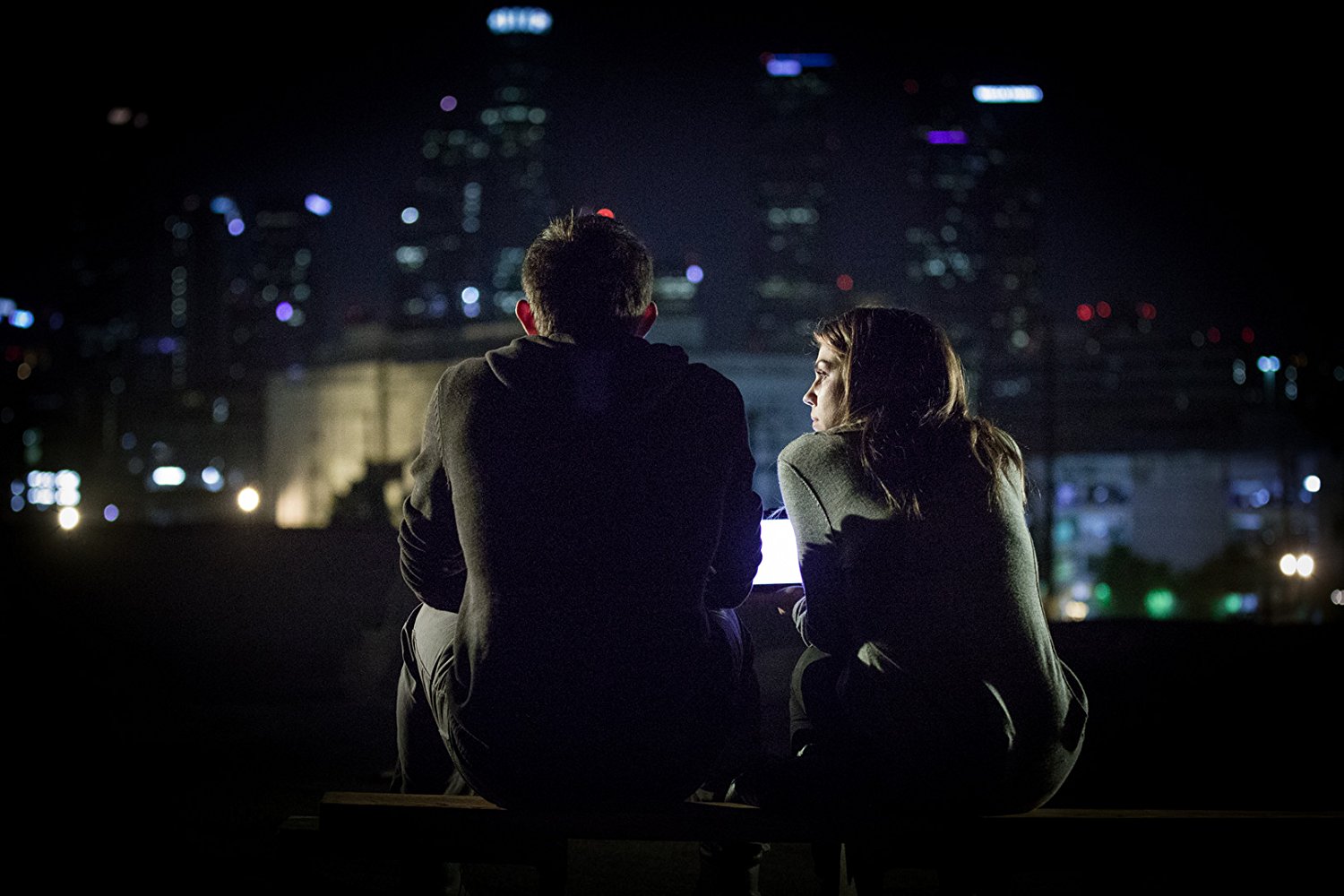 To contrast the hard edge Egan brings to the table as Adam, Burr made a point of finding an actress who could hold her own while not uttering a word: “He has to make this journey while interacting with a co-lead that has literally zero dialogue. Not an easy task. The chemistry between those two had to be so in-tune that it was palpable on a non-verbal level, and I think they pulled it off beautifully.” The actress in question for the role of the muse went to the phenomenally subtle Elle Evans, who plays the role with an incredible amount of talent, so much so where I think not casting Evans would have hurt the film. Burr agrees, stating that “I needed someone that could could play irresistibly alluring to the protagonist in one moment and overtly terrifying to those that crossed him in the next.” It’s those traits that make Evans’ character truly terrifying, to say the least.

The most important aspect of Muse is the mythology built into it. Evans’ character, who appears as a lost woman in the woods, turns out to actually be a piece of Celtic mythology. The Leannán Sí is a supernatural woman who takes a human man as her lover. Unfortunately, their relationship is short lived, as is the mans life, but the man takes more inspiration in her than he would with anyone. This makes the Leannán Sí the purest form of a muse. This bit of mythology and the knowledge of such was the part of the film that really sealed the deal for Burr. “I knew I wanted to tell the story of a weaker male character that’s influenced by a powerful female[…]In my exploration of mythical beings that might fit into the kind of story I wanted to tell, the [Leannán Sí] fit perfectly. I was very fortunate to find it when I did.” 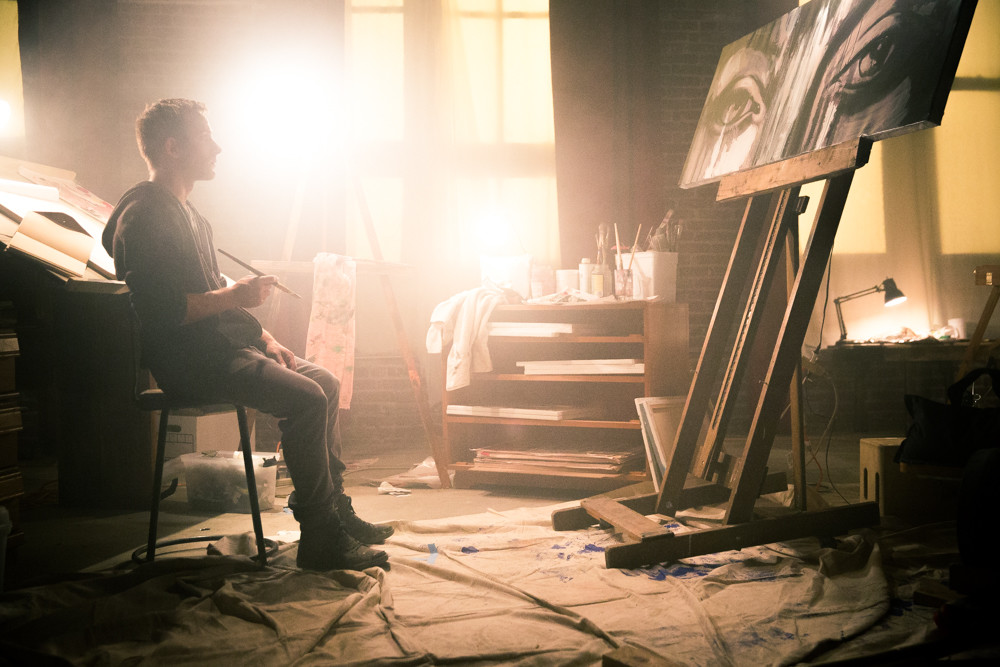 Tying up a story of inspiration with threads of horror was easily the best aspect of Muse. It showcases how far down someone will go into a hole of darkness to come out the other side with the inspiration he needs, and what follows him out along the way. This is where all the best art comes from, and DAMN how great the art that is showcased in Muse really is, with Burr going so far as to say that the artwork is really the unsung hero of the movie. “The unseen star of this film was Jennifer Lauren Friedman, the artist that created all of Adam’s paintings. If those pieces had not been perfect, the story would have fallen apart. So, in a way, she was both the muse and the artist for this project.” (You can find Jennifer Lauren Friedmans work here)

Muse is the representation of art in a physical form, and the importance of inspiration while cautiously examining how inspiration can be the downfall of any great artist. Director John Burr has truly crafted a devastatingly tragic horror movie with Muse, one that I think should be discussed and, ahem, mused over, for years to come.