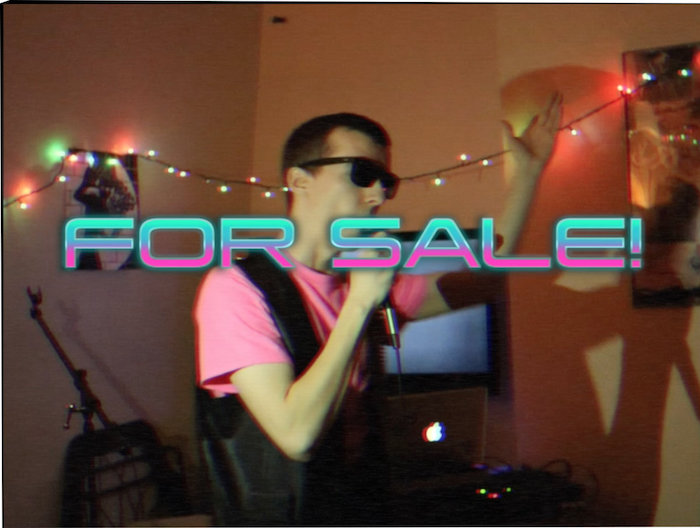 I interviewed Robbie ahead of their show with Targus Targus, New York’s Oh OH Ecstasy, and Michigan’s Conspicuous Bystander’s June 8th at Dorchester Art Project and we talked about, among many other things, live performance and making pop music, specifically hypnagogic pop music, though he states ‘I really don’t like to confine myself to labels’.

Robbie Rhodes speaks in the manner of something like of an All-American athlete turned sports radio host mediator. He comes off as calm and soothing and was wearing blue jeans and a t-shirt with a Keith Haring piece on it. Though in a way it felt like he could win the big game at anytime, in a metaphorical sense anyway.

My first exposure to Robbie’s music was intimate. I think it was my birthday this past April when I was hanging late with the crew at Dorchester Art Project while Robbie Rhodes was practicing in the theatre with his guitarist, Tom Connelly. Robbie invited me in to ‘give him notes’ on their performance and I was humbled at the request and accepted. Before I go further with this review, I must say that Robbie is a video volunteer for Brain Arts Org, but I hope to keep that as one of few unavoidable biases.

Yet isn’t that what music is about — biases? Songwriting is for the decadent in all of us and is saturated with emotions and infatuation that is sometimes carried out in a meaningless way. That is not to say that the music is meaningless, but the manner in which it is carried out is an augmentation, art is a tangent from an acceptable norm. Some artists forge their own circumstances against the norm, others are forced into positions and rather unforgivable environments which, because of great adversity, become melting pots for their art to boil in, to be created in, for new bonds to be built in; but also perhaps just as important is the ability to forget about the past and not look back.

Robbie Rhodes has both of these elements in them. Born out of a ‘rocky period’ in his life, these songs as he states ‘came to me in a state of borderline psychosis’. Additionally, from our conversations on and off the record, I pick up traces of heart-ache and spiritual growth in his self at the writing of these songs. He also briefly summarizes his professional life during that time, ‘I got laid off twice in six months … I was eating a lot of peanut butter.’ And his personal life was equally tumultuous.

‘Despite the fact that I was struggling during that time, something good came out of it, and that was the songs.’ The songs are as addicting and memorable as the album is whole and is deserving of numerous listens before an accurate attempt of interpretation is possible. Enjoyment is experienced forthright.

These songs truly get to the meaning of what pop music is and what it is expected to be, even in underground circles. Biases and the consequences of them are experienced most acutely in DIY circles. I and many other artists and musicians can recall horror stories from ‘the trenches’ of urban art circles. Zoomed out, in some sort of comic cosmic twist, musicians that frequent Top 40 charts, are simply just reporting from their own highly insular, wealth induced circles, making the biases all the more absurd (there that word is again!), yet reaching and influencing (even subliminally) exponential amounts of people.

‘I studied it [pop music], and really wanted to sell myself that’s why I named it For Sale! — I was selling my soul basically’.

Ahead of his first Boston show, Rhodes reflects back on his time in Providence before the album was released. ‘It was kind of a mini-cult following surrounding me and the songs around the times it was coming together — this lure started building — some of the shows got pretty wild.’

A year to the date of the release of this album, Rhodes is now Boston based (Medford to be exact) and capped off 2018 with four releases, one under his solo moniker and two more from his experimental project Mutual Dissent and another under the name of Bobby Streets.

Though the music isn’t emphatic or black and white, Robbie Rhodes seeks to ‘blur the lines between being serious and being funny’ stating ‘I just don’t listen to serious music anymore.’ What is remarkable about this collection of song is the subtleties that transform the mind. Yet the lyrics are a catalogue of assembled confusion that themselves question the nature of DIY culture and sound and blur lines between the real and fictional.

Come have your lines blurred next Saturday June 8th, only at Dorchester Project. 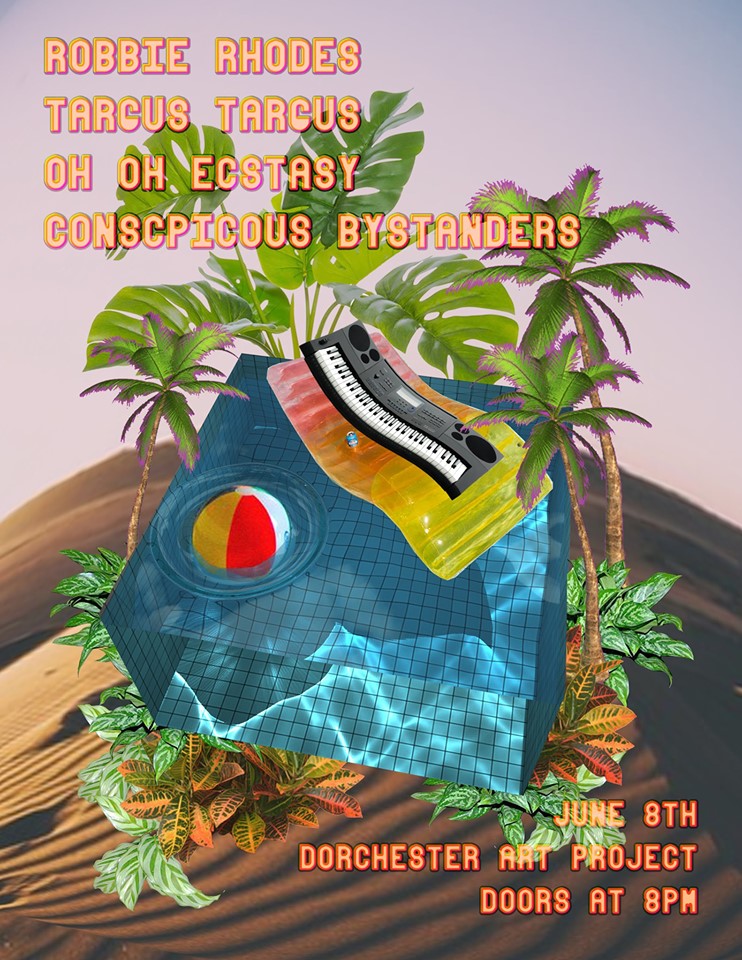