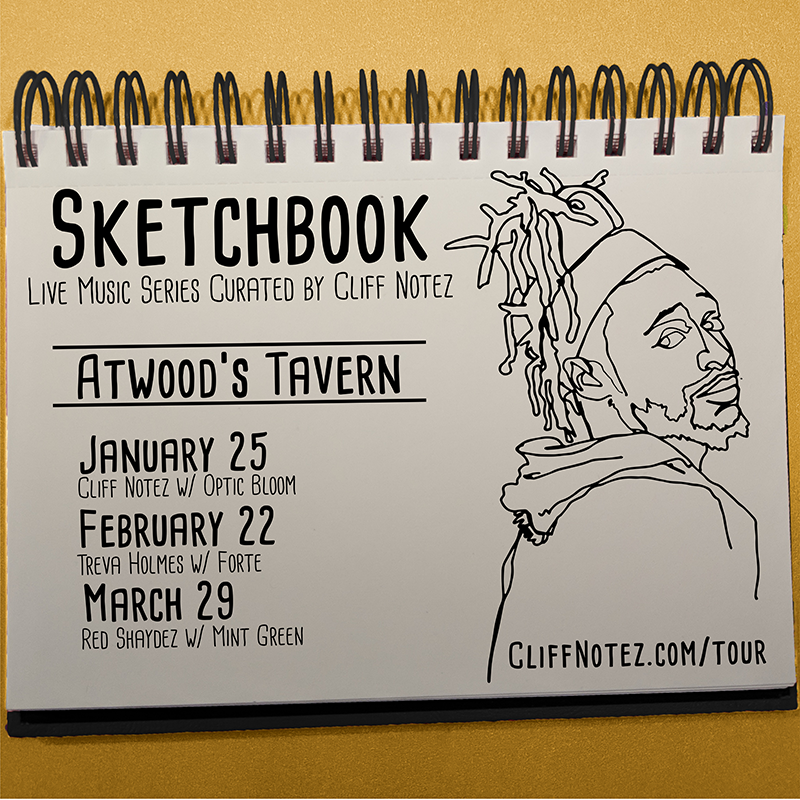 Boston hip-hop is, and has been, on the rise for some time now, with a roster of stellar talent made up largely of women and non-binary individuals. A resonating mish-mash of styles, beats, and churning strings of poetic, identifiable verse remain the only common denominators in a scene pushing the boundaries of what music can do for a community.

BMA winner, independent artist, activist, and Boston local Cliff Notez has, among many other simultaneous creative pursuits, set out to curate a sampling of these artists through his “Sketchbook” live concert series at Atwood’s Tavern in Cambridge. The recurring event on the last Friday of each month kicked off in January with Cliff Notez, duo Optic Bloom, and Luke Bars and the series continues this month with Trevor Holmes and Forté.

Meant to highlight individuals, artists, and musicians in the greater Boston area whose style and creative output is engrained in the multifaceted bedrock of hip-hop, the series aims to ensure all artists of all backgrounds have a platform in Boston. Next month, that mission will continue with Red Shaydez, who was recently highlighted over on the Boston Hassle site by fellow Boston hip-hop luminary Brandie Blaze. Give it a read, and give this series a visit.