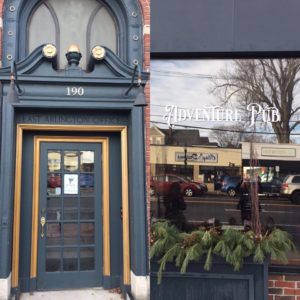 In Boston, don’t wait to visit an eatery you’ve been wanting to try. Chances are that opportunity won’t be around for long.

In a city famous for its history, Boston finds itself unwilling to save its local institutions from permanently closing their doors. With uncharacteristic speed, favorites like T.T. the Bear’s, River Gods, and Tealuxe were all shuttered over a matter of just a few years, leaving many who grew up here bewildered with the new face of Boston.  Indeed the new face of the city leaves little room for those who did grow up here, the city residents being left out in the cold as rent and homelessness increase.

It is a somewhat ironic corner for the city of Boston to be in, a city that has strived to be a cultural contender for decades. But the boons of the city are also what have started to hurt it.  Growing tech jobs mean high-end condos taking up any new housing. New condos mean constant construction, in itself nothing new in Boston, but a huge hindrance to commuting or improved bike lanes. Marty Walsh has stated before that bike lanes are a priority, but we aren’t seeing any of those promises kept any more than we’re seeing solutions to the MBTA crisis, with aged T system trying to support more and more riders each year. It would be unfair not to mention the renewed and genuine efforts to expand the Green Line, which has been tentatively worked on since the nineties, but with new infrastructure comes rent hikes and we’re back to square one.

Daniel Milbrandt is one such resident at the mercy of the rent hikes. Having moved to Somerville from Detroit ten years ago, he experienced huge rent spikes around 2012, around the time he says he noticed the people in Somerville begin to change. Expensive cars and wealthy predominantly white families became more and more popular, turning Teal Square as he puts it into a ‘yuppy nesting node’. Though he worked several restaurant jobs, the rent jumps from $600 to nearly a thousand were too much to contend with.

Stories like Dan’s are, unfortunately, common. What does that sort of displacement mean for the city’s entrepreneurial spirit? 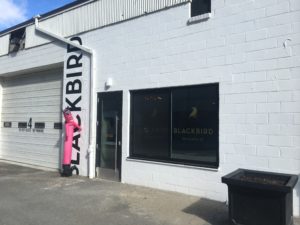 There are still many amazing local favorites to visit, too bountiful a list to make here, and rent costs haven’t made the greater Boston area uninhabitable for fun (though I would claim that’s more do to the ambitious spirit of creators here than any help from the city).  Adventure Pub in Arlington has creative cocktails and features a plethora of board games for patrons. Blackbird Donuts is expanding in Brighton for your sweet tooth fix, and any number of the museums are always worth a visit.

Just don’t wait too long to do so.

Never had Cambodian sausage but always wanted to try it? Read on!