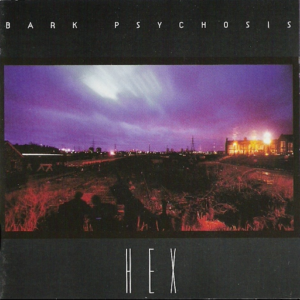 I thought for a long time about this album and the fact that it is not celebrated enough these days. It’s been 27 years since its release and it is still one of the most beautiful and important albums that I wish people would listen to more often.

Now before I say anything: this is a perfect album for those autumnal days as they move into winter. It’s something worth savoring now that nights are longer.

Hex is one of the greatest post-rock works that it has to be up there with albums like Laughing Stock, Lift Your Skinny Fists Like Antennas to Heaven and Ágætis byrjun to name a few. Even as one of the first albums to be labeled post-rock, there is something special about the way the guitar, bass, and drums transcend typical rock tropes in this album; the variety of textures, tones and timbres (key elements in the composition of post-rock) produced a sublime sound experience.

Hex is beautifully cohesive and hypnotic. The guitar riffs, the drone and the noise and ambient sections; the piano improvisations and all other instruments involved. All the ways in which the songs unfold before the climax are a pure pleasure to listen to. It’s refreshing to listen to it every time. Let’s not forget Sutton’s hushed and whisper-like voice that makes everything a memorable musical coalescence. Showing us how post-rock music really sounds and behaves; singing of absence, helplessness, loss… His voice always reminds me of Kim Gordon.

From start to finish, you can tell that each song takes the liberty of exploring new musical limits to a whole new level. If you listen to all the other post-rock bands that have produced music after the release of Bark Psychosis’ Hex, you can hear the echoes of this band in their music (but it is also fair to say that one cannot tell for sure the instances of influence from two artists thinking similarly). It truly is one of the most influential albums in post-rock history, and trust me when I tell you: the whole sub-genre would be the most beautifully coherent universe once you listen to Hex. “Absent Friend” and “eyes & smiles” are my favorites on this album.

For many post-rock lovers, this is a pivotal album in the sub-genre. Even music critic and journalist Simon Reynolds, the person who popularized the term post-rock, said that Bark Psychosis was giving rock a more buoyant future.

It is really the saddest thing that they disbanded not too far after putting everything they had into Hex. They left a legacy, yes, but I keep thinking about the things they would have produced if Bark Psychosis had continued to make music.

Liked it? Take a second to support Hind Fiddah on Patreon!