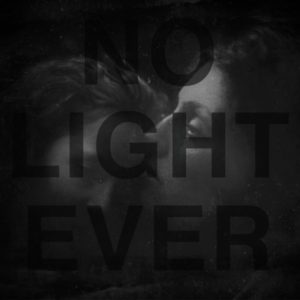 I meet up with Jesse, Dooley (Ryan), Matthew, Derek and Ryan from Glacier outside of O’Briens before their set at Grub, Sweat and Beers 5. Here is what went down.

Boston Hassle: As an instrumental band, how do you find it to navigate the local music scene?

Derek: It took us a long time. We’ve been a band now for seven years which seems kind of crazy, because it’s always felt like our “new” band together. It took a while to find a groove of bands to play with and right now there seems to be more like minded and similar bands than when we started.

Dooley: Yea, in the beginning we weren’t that well received, we were playing with crust punk bands and people weren’t really ready to sit and listen to a ten minute instrumental song. It’s at a point now where we have made a lot of friends and it’s way easier now than it was seven years ago.

Derek: I also think in the beginning we were doing the melodic post-rock stuff, now we are a lot heavier and sludgy and we have been able to fit better in the sludge/doom genre.

Ryan: We have also had some line-up changes over the years and with this core line-up we have really found the sound we have been wanting to make.

BH: What is your song-writing process?

Dooley: A lot of times it starts with, “what do we want to do? What kind of story are we trying to tell?” One of us will typically have a riff that we jam on for a really long time and see if that takes us anywhere, if it does great and we will run with it. Sometimes it takes us nowhere.

Jesse: The first song on the new record we wrote super fast, probably a month or two. The second song on the record we had been working on it for a year and we finished it just before we went into the studio. We all kind of know when something feels good. With having such long songs they have to have a kind of arch to it and it has to start and end in a certain way. We had a couple different iterations of the second song on the record that we just completely scrapped, then we took parts and tried them again and again. I have demo recordings and some of them are garbage and what we ended up with was so much better.

Ryan: I like to think that we all have our part in the writing process.

Matthew: I think everyone has settled into our roles. Like Jesse has really good taste and he knows what does and doesn’t work. Where the Ryans are more the riff machines.

Dooley: It’s really collaborative, no one has ever come in and just been like here is the song you all learn the song.

Ryan: Yea, some bands have one song writer, in our band we lock ourselves in a room and we don’t come out till we are mad at each other.

Jesse: I think the interesting thing about this record is we started and had one song written at the beginning and we had the name as well before we really got started which brought an interesting lens to the process.

BH: In writing for your new album, where did you draw inspiration from?

Dooley: I think we had no shortage of inspiration. We all had a really hard year. We have been dealing with a lot of anxiety, grief, and loss and I feel that we were really able to channel that for this record.

Ryan: The name for the record came for a review for the last record. A woman from France reviewed the record and the moment we found the line “no light ever” we were like, “alright, that’s what we are going to name the next record.” That was a big inspiration.

BH: So what are your hopes for this album?

Derek: I just want people to listen to it and appreciate it. If we can get it to an audience and they feel something then I did my job.

Dooley: If it connects with one person I’m happy.

Ryan: We all feel like we have already won with the record because we all feel like it’s the best thing we have done, regardless of how it gets received. At the same time the initial reactions have been really positive which has been really nice.

BH: What are your desert island pieces of gear?

Ryan: Everyone has their own big thing that they love.

Jesse: You don’t know the can of worms you opened with this band.

Dooley: It’s gotta be the Strymon Blue Sky, I don’t turn it off. There are a few heavy parts that I don’t want to sound super reverby, but I have it on like all the time. Probably my favorite pedal.

Matthew: If you compare my gear now to two years ago when we recorded the last album, probably the only thing that is the same is my Les Paul. I have swapped out everything, except maybe my cab.

Derek: I think maybe my Head, but that’s because it has some sentimental value with it. I was looking for a new amp and I was searching and scrounging. I tried a few and found some that sounded cool. I ended up looking on Reverb and found some kid with an Ampeg SVT Classic for cheap out in Springfield Mass. I messaged him and said I will pay you cash right now. I messaged a buddy and we went out there. It sounded awesome, the thing was brand new, he said he bought it to join this band and he was in it for four months and they kicked him out, haha. He bought that, the matching 8×10 and an American P Bass.

Jesse: He was ready to go.

Derek: Yea, he was ready to go. Then they kicked him out of the band he said it was just gathering dust. We ended up getting it, going to a flea market and having a whole day. So it means a little more to me than my other gear. As a band though, probably the Les Paul.

Ryan: I agree on the guitar. I played the exact same guitar since I was 15. My dad got it for me and he passed away this year so it’s the most prized possession I own.

Matthew: He bought it from me.

Ryan: Yea, my dad bought it from him when he was working at Daddy’s Junky Music. The story is he was slinging bread, coming in weekly putting money down on it and that will get me through the rest of my life.