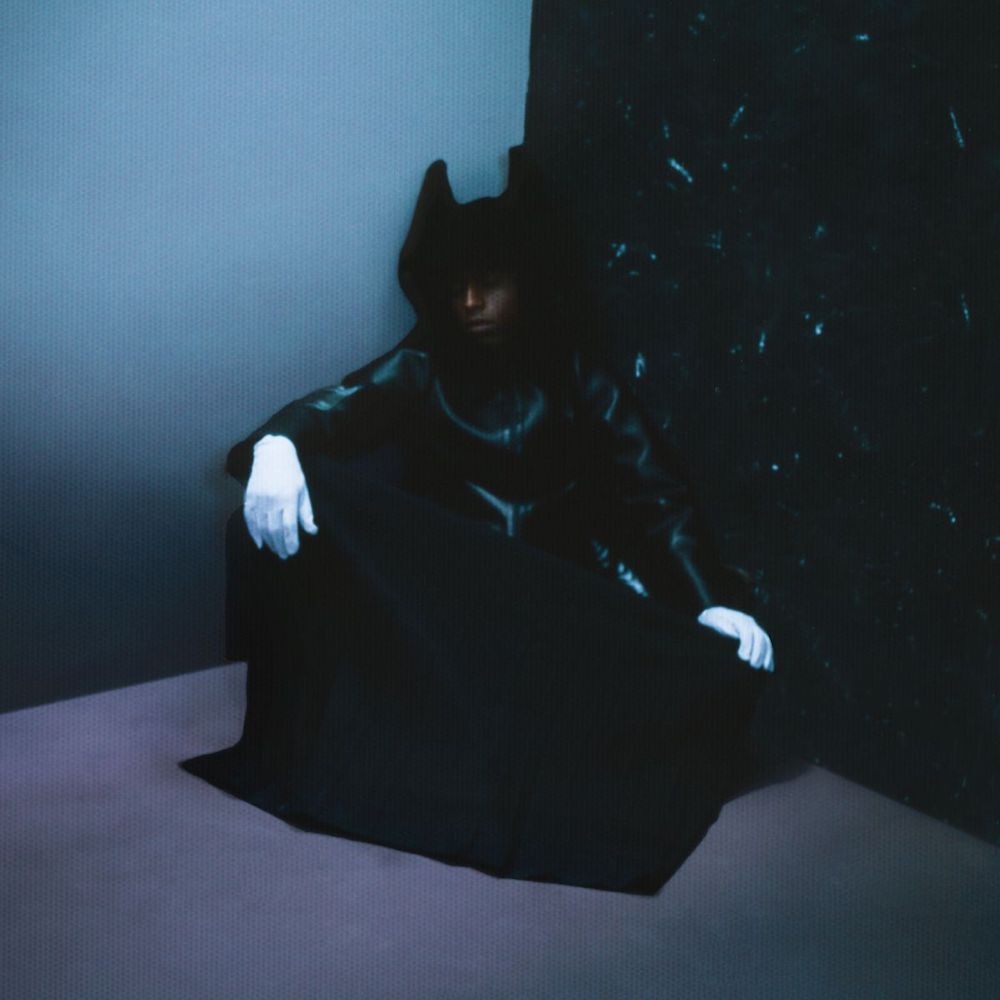 Although you may not know him yet by name, you’ve likely heard Bakar’s rich, distinctive vocals on the 2019 track “Hell n Back”, which quietly rose to fame in the United States and later claimed the no. 1 spot on Billboard’s alternative music chart, nearly 2 years after its initial release.

To this day, the track’s success holds up as it tops Bakar’s most popular list of songs on Spotify, with nearly 160 million listens to date. If “Hell n Back” was a promising sign of a unique, emerging artist and sound, then the release of Bakar’s first studio album in February, Nobody’s Home, sets this promise in stone.

Featuring a powerhouse combination of producers– namely Zach Nahome and Beach Noise, whose work can collectively be traced from PinkPantheress to Kendrick Lamar– the production on Nobody’s Home feels focused and sharp. Synths and guitars bend and shift their sounds throughout the album, creating a wide range of tonal shifts that Bakar fluidly weaves his versatile voice through.

Bakar sounds at home on simpler, more stripped down tracks such as “Noun” and “Change of Heart,” that both mainly rely on his voice and acoustic guitar. Though, the singer sounds equally comfortable on faster-paced tracks with rising and falling synths, such as “Youthenasia” and “The Mission,” where he swaps gentle, sung melodies for a flow more akin to rapping.

While Bakar heavily features synths, deep drum beats, and distorted guitar riffs throughout the album, each song still manages to stand on its own, packing a plethora of personality and story into each track. Standout track “The Mission,” features splashing, bouncing synths that support the song’s uplifting message about celebrating Islamic faith, creating a triumphant, energetic sound that tells the story of standing tall in the face of Islamophobia.

“Ginger Pubes” features a different use of synths, culminating in a chaotic mesh of rising and falling instrumentations that feels like a cathartic expression of Bakar’s emotions as he wrestles with the weight of self-sabotage.

“NW3” is somewhat of an exception, as producer Nahome opted to keep synths off this track, instead inserting a steady drum beat paired with slow, hypnotic guitar strums that melt away into the background to create a romantic sound that Bakar uses to daydream of a life with someone he loves.

While the production on Nobody’s Home is incredibly mastered, it’s Bakar’s voice that ties all of the different instrumentals and sounds of the album together. His voice is rich, smooth, and charmingly hoarse, giving the impression that his words are covered in gold.

The confidence he exudes on nearly every track can be seen through his thoughtful, clever lyricism and hooks that give a catchy, yet thematic, overview of the stories told through his verses. On the track “Noun,” Bakar describes his “Hands tied behind his back, face mushed in the ground,” then reflectively concludes, “Didn’t know if I was alive, now I feel like a noun.” On a later track, “Free,” Bakar makes reference to both his personal and musical growth since the release of his 2018 mixtape, Badkid, singing: “When they see me in the streets, they say, ‘BK you’re a king,’ / Not a prince, I got older, Camden-town soldier.”

Nobody’s Home is made up of many different, yet not too distant pieces, and this sentiment holds true for its messaging and themes as well. Bakar charts his personal struggles as well as growth throughout the record, threading his complicated relationship with being an immigrant in the UK and similarly complex relationship with love itself into the fabric of the album. Even within some of its more upbeat tracks, loneliness and confusion permeate the overall feel of the record. Gospel sounds sprinkled between the fourteen tracks serve as a nod to Islam’s importance and guiding influence to Bakar while growing up in a place that was often hostile to his faith. There is an overarching honesty with which Bakar speaks his mind– he is willing to recognize his mistakes and imperfections, even when there is no clear path forward from them.

Despite all of Bakar’s struggles, he makes it clear through the forty-eight minute duration of Nobody’s Home that he’s found a way forward. All aspects of the record from its outstanding production to its golden-voiced protagonist create a world that feels tangible and lived in, one with tremendous highs and terrible lows. On the last track of the album, titled “Build Me a Way,” a disordered yet beautiful set of voices sing and hum the track’s title and practice melodies before Bakar gets them into form by saying “Alright, try the chorus, chorus.”

Bakar then ends the record by singing a short but sweet final verse, his voice casually floating along a hip-hop beat reminiscent of the 90s, the sound of someone who has finally found a way home.