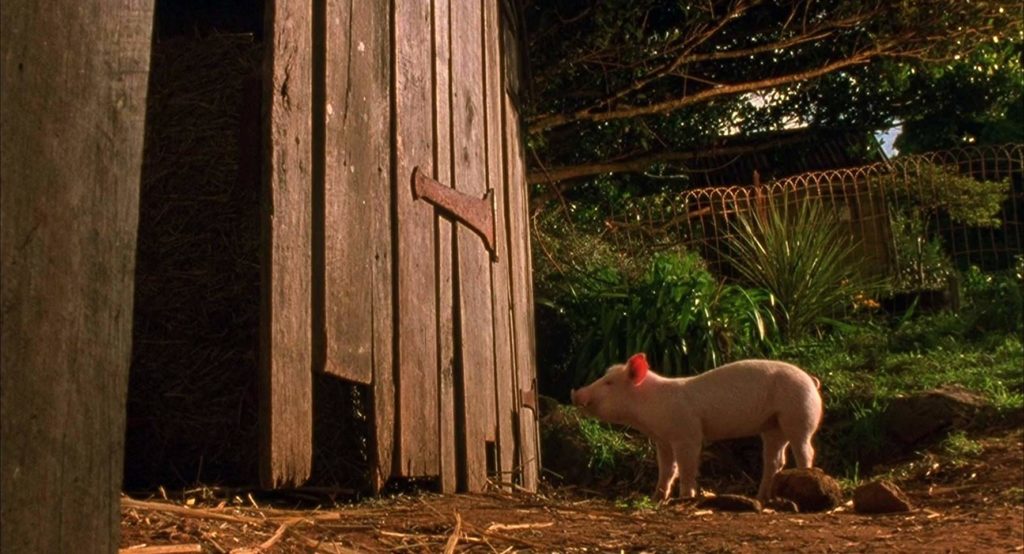 This film is cute. It’s difficult to come up with another descriptor for this classic story of a pig who wants to be a sheepdog. It’s a colorful fable that’s perfect for a family movie night.

Piglet Babe (Christine Cavanaugh), after he is won by farmer Arthur Hoggett (James Cromwell) at a fair, is raised by the sheepdogs who live on his farm. Since said sheepdogs act as herders for Hoggett’s sheep, Babe wants to learn how to be a sheepdog as well, as a “sheep-pig”, especially after escaping a previous fate of becoming Christmas dinner. He must fight the other animals’ rigid confirmation to the farm’s social hierarchy, which he is trying to disrupt.

Babe is a perfect film if what you’re looking for is animal antics, great cinematography, and an overall great film for all ages.

Screens Saturday, 11/16, 10:30am at Coolidge Corner Theatre
Before the film, Drumlin Farm Wildlife Sanctuary’s Tia Pinney will discuss how animals communicate and interact.
Part of the ongoing series: Science on Screen Jr.