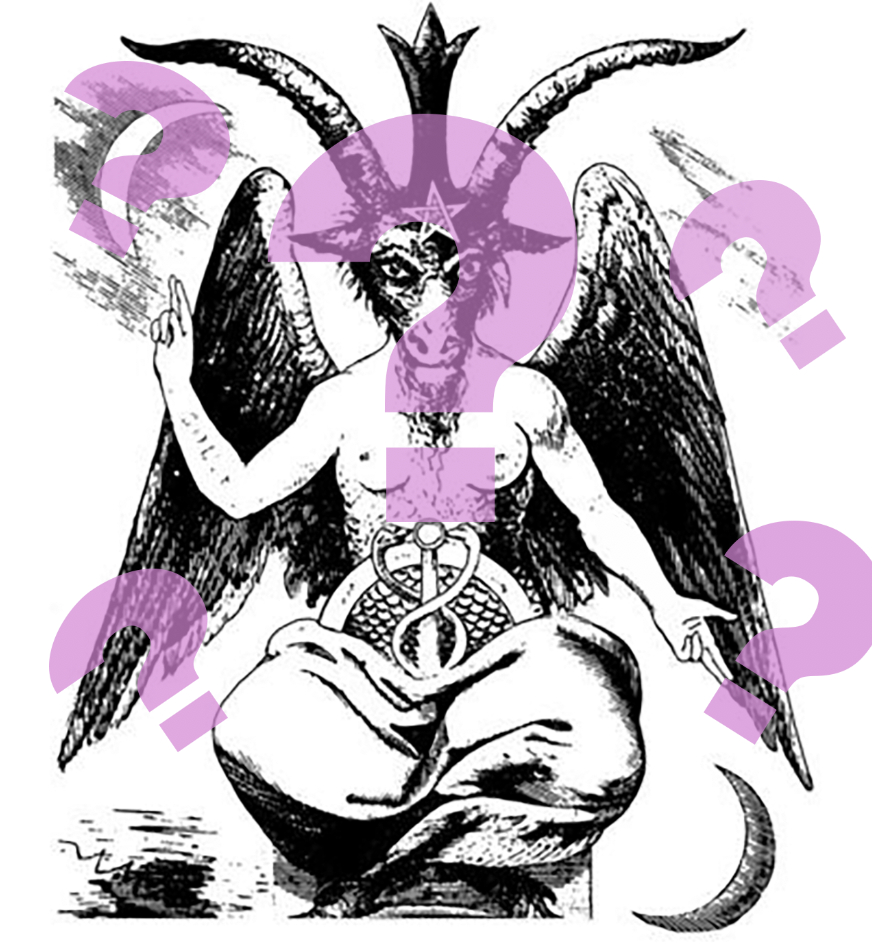 SPOILER: THERE WAS NOT, IN FACT, A RITUAL MURDER OF CATS IN SOMERVILLE LAST MONTH. NO EXECUTION OF SATANISTS IS NEEDED AT THIS TIME. THANK YOU.

I feel like a lot of people are jumping off into the shit these days based on a headline so this news story starts with a spoiler. I don’t need any heroes in these streets, OK?

…Actually I need to throw another spoiler alert in here.

SPOILER: THEY DELETED THE FACEBOOK POSTS AND I DON’T HAVE A TON OF SCREENSHOTS. THAT SAID, MY MEMORY IS AMAZING AND PERFECT. THANK YOU.

It all started, as these things do, with a murdered cat.

It was a Thursday, September 17th in Davis Square, America. Early autumn. Chilly people who used to be in bands were digging out their hoodies and the squirrels were all getting thicc as hell.

According to a now-deleted post in the Davis Square Facebook page, a woman and her husband went for a walk. They ran across a dead cat. Big deal, you’re thinking. You should have seen Davis Square in the ‘80s. Place was lousy with them.

But! As she detailed in her post, this was no Ordinary Dead Cat.

“This was definitely not a predator. This was too…precise,” she warned, struggling to balance public safety with gross-out stuff. “It was ritualistic, I’m telling you.”

With that,  the next two or three hours things were just nuts. Eldritch hurly-burly had come at last for the Paris of the Nineties.* Somebody chipped in with advice that not only were Davis Square residents advised to keep their pets inside but their children as well.** “People who would do this to an animal don’t stop at animals,” the poster advised.

This poster did not indicate whether or not their degree in forensic pathology came from binging My Favorite Murder over a pizza bagel at Diesel.

Luckily, I do have a screenshot of my favorite part: when the original poster’s husband chimed in.

He said, by way of establishing his credentials.

“This wasn’t an animal attack. The cat was beheaded, skinned, and the intestines laid out near it. No blood. Ritual murder, by the looks of it.”

Somebody else responded to that by saying:

“Or a serial killer in training.” 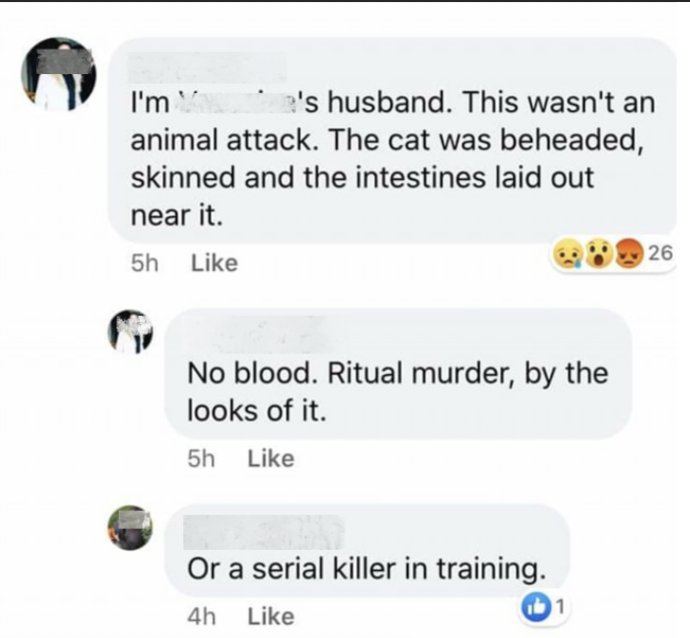 This poster failed to point out where serial killers go for training, but, if it’s anything like an internship at Conde Nast, it’s an unpaid position where only the privileged have the family wealth to live in New York while doing unpaid labor, and I think that’s really unfair, and also explains why only underprivileged serial killers get caught.

A handful of voices cropped up to say, “it might have been done by a coyote,” and “or maybe a fisher cat.” But mostly, mostly, people were all on-board with the explanation that ritualistic satanic cat sacrificers were plying their barbaric trade around the corner from Dave’s Fresh Pasta.

The boundaries of civil society collapsed. High-minded progressives who tut truly savage tuts about the carceral state fantasized about what should happen to the miscreants. A self-professed vegan announced:

“I’m not even sorry. I hope they get the death penalty.”

She wasn’t even sorry!!!! That’s how much the crime had the vegan shaken. And then, it all collapsed.

As reported by WHDH News: An animal control officer brought the cat to the Huron Veterinary Hospital, where staffers determined that the feline was killed by a canine species, according to the Somerville Police Department.

“It appears that two predators may have been fighting over the cat, leading to the extreme injuries,” police said in a Tweet.

In other words, it was a coyote. Maybe a fisher cat.

The Eminent Husband showed little interest in letting the authorities bury the case.

“I’m certainly not an expert,” he said, “But it seems unlikely to me that another animal would be capable of that. Laid the intestines out in a straight line from the body with the collar laid right next to them. Missing head, completely skinned, no blood.”

He added rather drily,

“That was one neat and precise predator. I’ll let my wife know; I’m sure she’ll be surprised.” 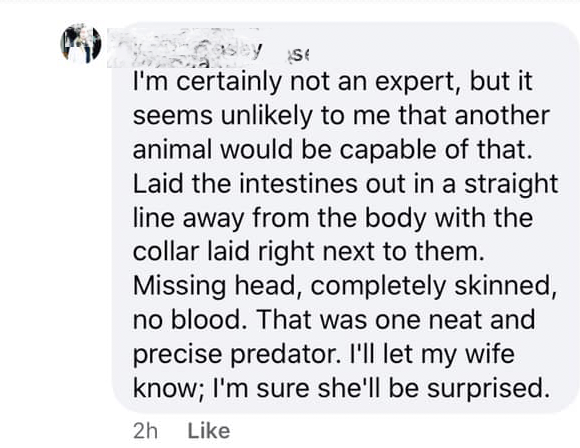 At press time, it’s unknown whether she was surprised.

*Utne Reader, sometime around when Homeboys in Outer Space was still on TV.

**Which is kind of rude because many people call their pets their furbabies soooooo basically that’s erasure.

***SPOILER: IT IN FACT TURNED OUT TO BE A COYOTE OR MAYBE A FISHER CAT. THANK YOU.

The Unnatural / healthy as a horse.

Penelope Says: That Time I Was a Strip Club Customer

Stripper name: Penelope A note: in this piece, I reference both “femininity” and “masculinity”, as I feel them within my personal psyche….