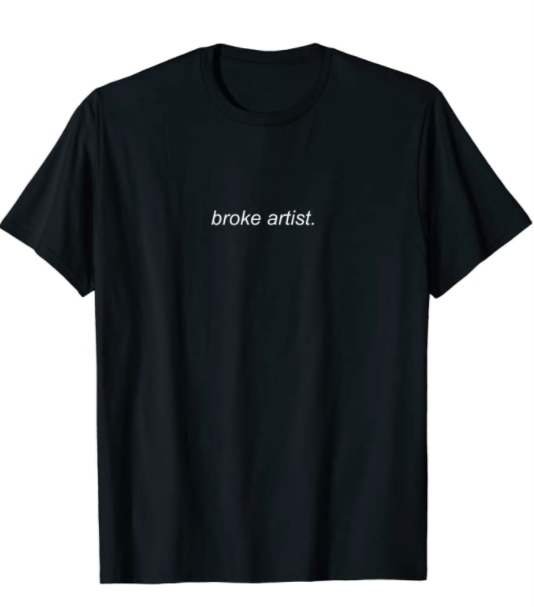 In the before times, the art sector in Massachusetts brought in $21.1 billion dollars annually for the economy, and attracts more visitors than the Celtics, Sox, Bruins, and Pats — combined. Yet how much did the state give back to the arts? $20 million: less than two percent OF THE SALES TAX of 21 billion.

Also consider that the arts sector in Massachusetts is highly interconnected with the restaurant industry, the hotel industry, the travel industry, and many more sectors. Meanwhile, the arts economy and the economy as a whole has yet to return to pre-pandemic levels because of the new more infectious delta variant and just the general rise in cases as winter comes on and vaccinations wear off. Put simply, the future of the live performance and expanded access to art spaces is still on a shaky foundation.

This is why the state needs to fund and intervene in the arts and figure out what can be done to sustain the arts economy. Michelle Wu’s promise to allot 1% of Boston’s budget to the arts is a step in the right direction; now it is time for Beacon Hill and other cities and towns to step up. But in the past, when the state intervenes it imposes ridiculous restrictions on money earmarked to the Mass Cultural Council like cutting grants to individual artists. That is the wrong direction this conversation needs to take.

But unfortunately for artists, looking out at the terrain of viable funding, the onus is on us to demand more justified levels of funding from the State.

But why should the general public care, and why should artists care? Because our sector has massive implications for the economy as a whole (specifically real estate prices) but also because the sector attracts the best and brightest minds and also brings people together. And artists should care because not only could they get paid more for their work, but also they can be connected to other parts of society or just make some good business connections or friends along the way.

The US’ philistine leanings when it comes to arts funding have unseated the US as the primary emerging art market. Those are in Mexico, Europe, Asia, and Africa, at least according to the BBC’s list of the five most creative cities. The US should not only look to those cities, but to Ramallah, Palestine, where there is a thriving art scene despite Israeli occupation. The art scene was able to survive and thrive over the last 30 years because the government made art and cultural institutions central to economic development (as the gateway to an Arab real estate boom). For another example look at Sharjah in the UAE.

Boston, a city with one of the most expensive housing markets in the US, depending on what report you look at, is struggling to get people back into downtown office buildings and skyscrapers. Building owners, landlords, and managers all but bribe employees to use these spaces. Meanwhile, with the exception of large venues, arts and artists have fled downtown to greener pastures rendering many parts of the city that use to be rich in culture and history, sterile, anodyne (Kenmore Square), and in the west-end neighborhood, disappeared.

The answer to this problem is doable, but it is a hassle. The city and state need to work with artists to improve the economy, rejuvenate downtown areas that are ghostly past rush hour, and provide safe incentives for both artists and audiences to get outside more, and go out and spend money more, specifically within their communities.

For folks who have tried to plan a live outdoor event legally may know that this task is near impossible in the climate of COVID. So cities need to find ways to create more cultural spaces, and also create the infrastructure for outdoor spaces, even into the winter, so that people can still gather safely.

In the wake of the George Floyd-inspired protests last summer, there is a renewed imagination of where else taxpayers could be putting their money to build a better society. Yet this renewed imagination has not yielded any fruitful results. The state police budget in Massachusetts is steadily increasing, registering at $411 million in 2021 (combined with $745.4 million for DOC spending).

In the late 1980s Massachusetts spent even more on the arts sector than it does now (the highest year was 1987 with $27.4 million). But with streaming and the lack of state funding for cultural institutions, it leaves room for monopolies or massive corporations to extend their reach.

In this vacuum, oligopolies take hold as the middle-level venues suffer. Case in point: Live Nation and Bowery operate all of the big music venues in town and have extensive tours lined up for the Winter and Spring. Meanwhile, Great Scott, known to all as a victim of the pandemic and the larger force of gentrification ripping through Allston, (and a consistent booker of Bowery programming) still flounders without a home. Though the owners say they are heading in the right direction with their relocation process.

Also the owner of Bowery’s parent company, AEG, Philip Anschutz, is a total piece of shit! Like why aren’t we talking about how he donates hundreds of thousands of dollars to Republican committees, PACs, and organizations?

Perversely, the smallest, volunteer-based organizations, as well as the major corporate venues and companies can weather through COVID just fine. Though the lowest-level employees of these major corporations stand to suffer the most due to the added risk of working through Delta variant COVID.

The key is that is are no sliver bullet to this problem. Boston Calling, Waking Windows in Winooski, VT & Portland, ME only happen a few times a year. The solution is in having decentralized arts funding mechanisms that work with the architecture and city planning of Boston. But it is a holistic process that involves the collaboration of the statehouse and city halls with landlords, city planners, lawyers, and of course, the artists themselves. While Boston continues to virtue signal in the right direction, by working with Live Nation and Bowery to open Big Night Live, Roadrunner, and MGM music hall, I argue that this is not the golden age of Live music in Boston, but the yuppification age of live music in Boston, where people will flock to see TikTok influencers but remain completely ignorant of the vibrant local music and art scenes here in Boston.

Given all of this, are we really going to let the Boston Herald, a right-wing paper, bully the MCC when we have a Democratic super-majority? I’d hope not. We as artists need to stand together and fight to get the funding we rightfully deserve.