Not long after artist began throwing paint on their canvases, architecture took a similar turn in shedding its artifice, and so we have our city hall: stocky concrete blocks sinking in the ground like Hatshepsut’s Burial Temple.  Much of the concrete as been poured in place, with the structures exposed. In his optimism, one of its three architects, Gerhard M. Kallman, points to its “existence to counter the modern fear of nothingness.” And while many in the city are still trying to figure out how to be comfortable in a space with “interpenetrating solids and voids,” business continues and artists move on to face new fears like technological labyrinths, political vulnerability, and interpersonal negotiations. 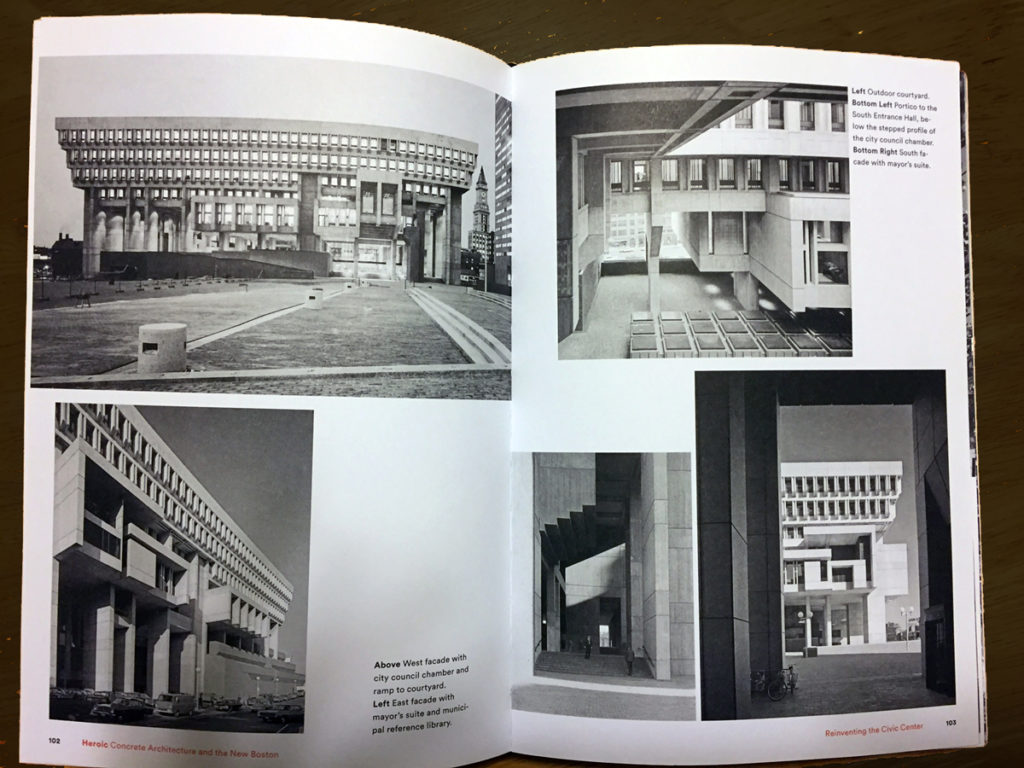 View from “Heroic: Concrete Architecture and the New Boston” The book by which the show was inspired. 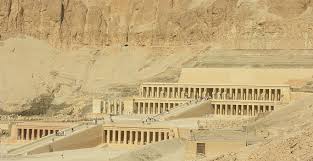 I spoke with two artists who will be presenting work at this Thursday’s free event.  If you head down there you’ll see sound art, sculpture, visuals, and interactive performances by artists from Mobius Arts Group.

Sandrine Schaefer expressed some glee when she told me that she would be changing the speed of the escalators for her piece.  Look for her there, possibly in camouflage.  This performance builds upon an earlier piece where she stood in a revolving door to the Salt Lake City Library, situating her body to reveal the tacit social agreements that happen every day without us even noticing.  Exposing this evidence of cooperation opens a strange well of intimacy and optimism.   What can happen in these between-places where we all behave without even realizing it? 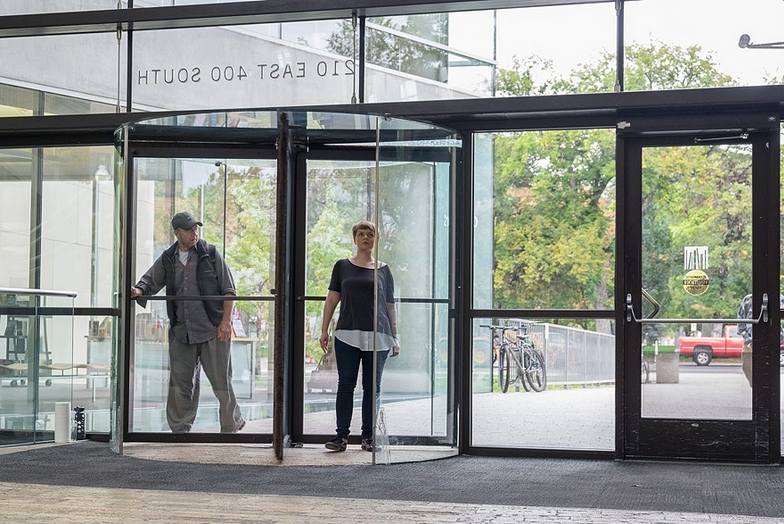 Sara June, also performing over the course of the evening, will be taking a material approach to the civic space. The concrete walls and brick floors form her context, and in relation to these solid, heavy, built substances will be her human body.  What is the body in relation to walls?  Equal in its materiality, ability to take up space; its form as matter—softer yes, but with the ability to pass over, around, and build the walls themselves.  Amidst the raw concrete, the vulnerability of the human form is accentuated even as its agency is more palpable.

This is rare, June says, only the second time she’s worked in a political context like this.   The way that doing political art demands taking a position and defending it is often contrary to the felt exploration and openness required for creative work.  How do these walls protect or define us?  Is protection even possible? But what June will be feeling on Thursday is very physical.  Carried/wrapped/hung on her body will be the same materials used to construct the building, and all this weight will change and affect her movement, her speed, and the shape of her body. 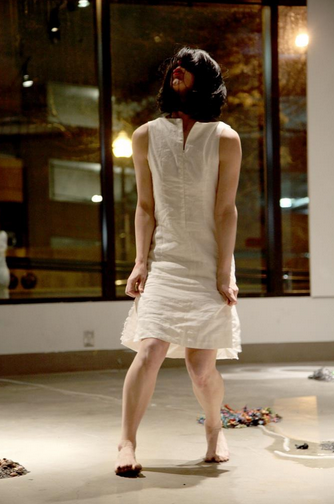 So what can you be expected to do during a performance that lasts 4 hours in the same place you pay your parking tickets?  “Feel free to come and go” says June, “don’t wait for a climax or a story…if you find yourself losing interest, that doesn’t mean you don’t understand it.”  Schaefer recommends approaching the performances the same way you might approach the sound pieces and visual art.  Between the thirteen artists, there will be plenty of art to see.
Concrete Actions is Commissioned by The Mayor’s Office of Arts and Culture, City of Boston as part of the HEROIC ENCOUNTERS Series.  Thursday, May 25th at Boston City Hall, from 5-9 p.m.    Full Press Release 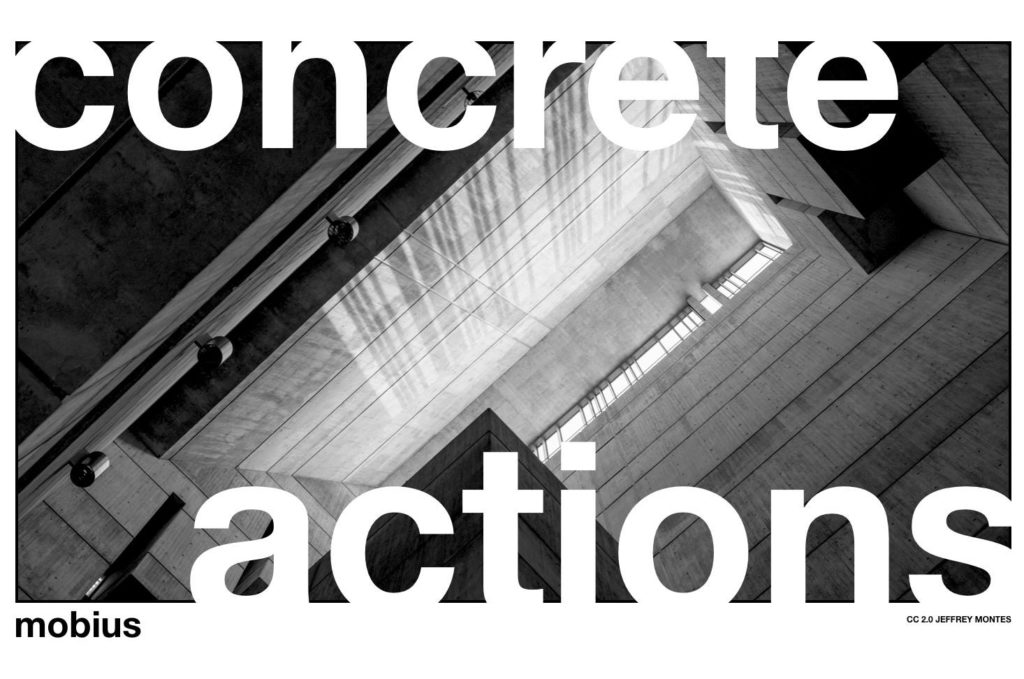