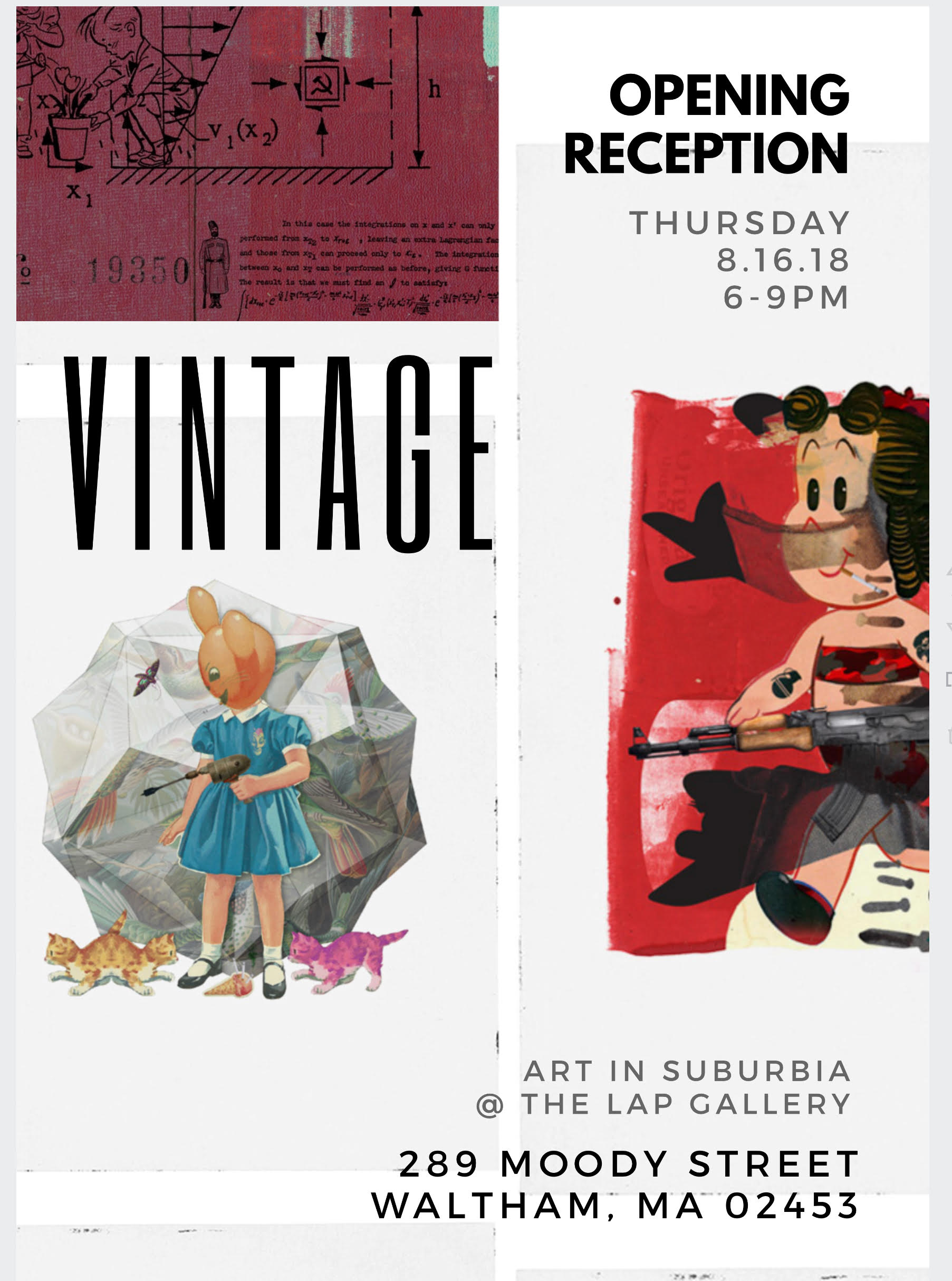 Why are the 1950s so Romanticized? Art in Suburbia, Waltham-based nonprofit arts organization is tackling this question with the use of art and poetry at their new pop-up exhibition on Moody Street, on Thursday Aug 16, 2018. ‘The 1950s are often portrayed as the ‘Golden Age’ of America”, states Linda Ferrer, Executive Director of Art in Suburbia and Curator of the exhibition, V I N T A G E.  But while certain aspects of our country might have been strong and flourishing, this was not the case for all areas of politic and psycho-social progress. Romanticizing the era has led many people to think wistfully about the time, but questions remain if whether these ideals are grounded in reality or are merely a fantastic dream.While on the surface there seems to be plenty of great things about the 1950s, the time period was not as perfect as people might want to believe. Hollywood, Broadway, and the media in general have romanticized this era, and have pushed us to think only of the excitement of fast cars and rock n’ roll, the warm feeling of community and country coming together, and the innocence of home and abstinence with a strong focus on Christian values. A large influence of the 1950s was the importance we gave to television and the propaganda that came with it. The end of WWII paved the way for ‘new dawn,’ and although stepping into a new Cold War brought out a sense of nationalistic pride, the 1950s also was a terror due to the constant threat of nuclear war. While the Cold War was a very frightening time, it also increased America’s nationalism. The Cold War gave Americans a common enemy, and the media’s portrayal of communism as ‘evil’ was its justification. America was the country of freedom, and freedom from such evils deepened the status quo of the 1950s. Another important aspect of the 1950s was the hailing of family unit. The sexual revolution hadn’t happened yet, and family life, centered around stay-at-home moms and working dads, was still seen as a goal that all women should strive for. Although women now had the right to vote, they were paid far less than men, expected to marry and become homemakers, with few opportunities to pursue outside of the home. Statistics today convey a harder pill to swallow, showing that divorce rates, use of prescription medications, and autism in children are at an all time high today in age. “Despite popular opinion,” Linda argues, “one must objectively ask what, if any, is the correlation from our modern day culture shift.”Communities and neighborhoods were also closer than ever before, and people seemed to know one another without fear of their neighbor. The modest house with white picket fence became the ‘picturesque’ dream of all Americans. Suburbia was at its prime. This sense of togetherness is something that has since been lost due to increasing urbanization and fear of rising immigration of the 20th and 21st century. The Civil Rights Movement itself began in 1955 with Rosa Parks, and although much was accomplished, African Americans were still treated unfairly and were later pushed into terrible standards of living that took off only after the 1950s. Segregation and racial discrimination was a pressing social issue that seems to be prevailing once again, taking a new form today through rhetoric and social media. “Does nostalgia ignite our need to return to such a time? Or is it something deeper?”While many of our movies and media sources serve to romanticize the 1950s sense of home, nationalism, and unity, the reality is that we will never truly know what it was like unless we, ourselves, lived it.The Opening Reception will be hosted at the Lincoln Arts Project Gallery at 289 Moody Street, Waltham, MA 02453 on Thursday August 16, 2018 from 6:00pm until 9:00pm. Participating artists include Kim Triedman, Brian Hoffman, and LVF//LVX. The event is free to attend, with refreshments provided in part by Brothers Marketplace- Waltham, in partnership with Monique Rancourt Artisan Gallery, and with the support of ID Art Graphics Shop. 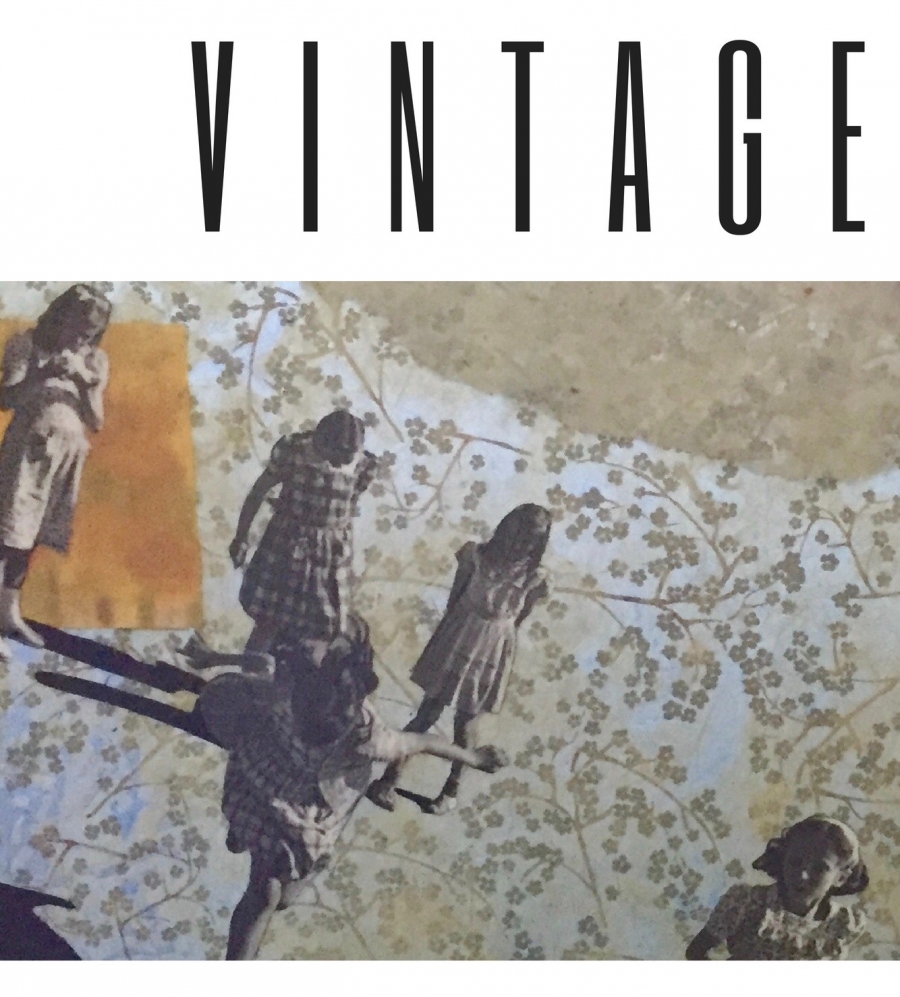