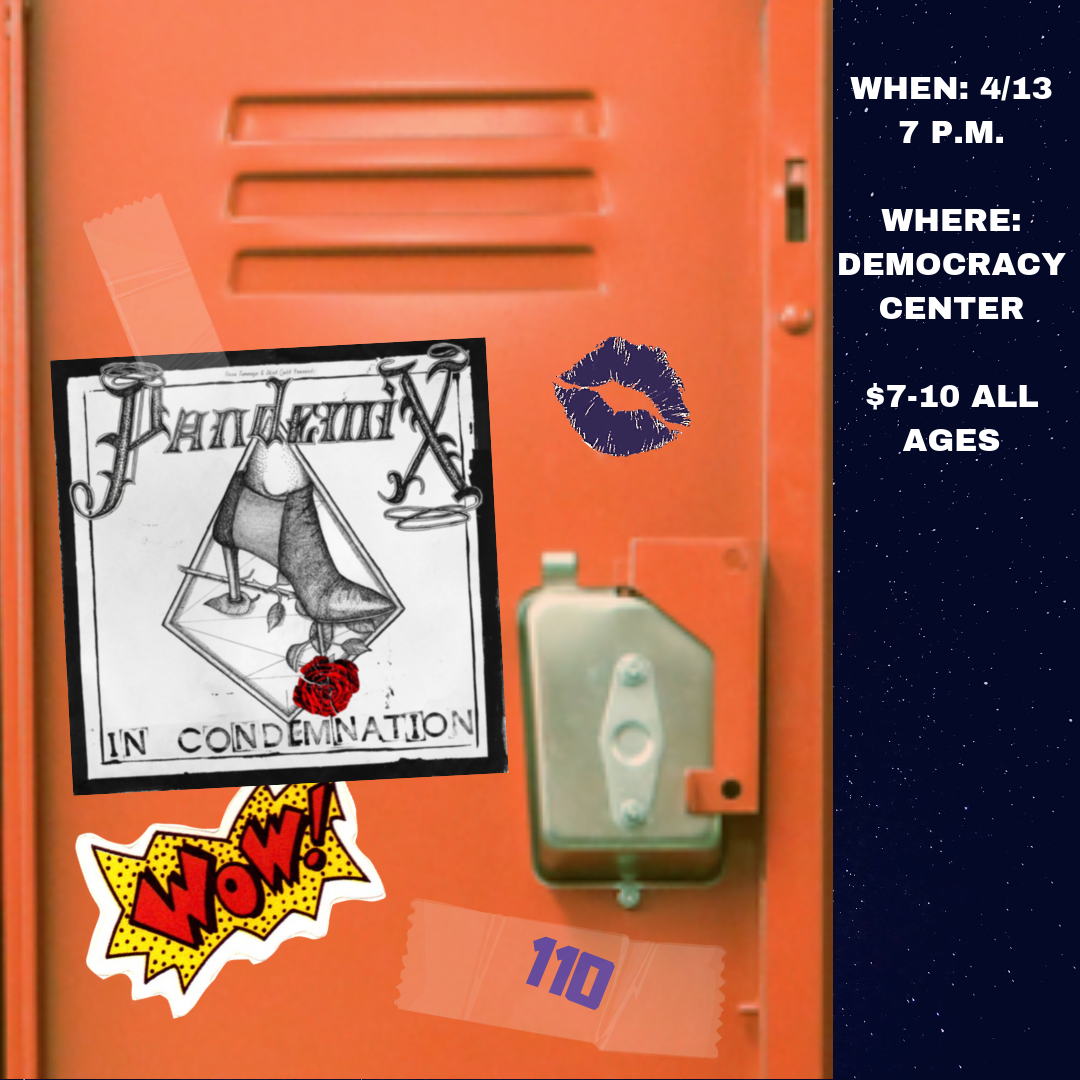 Boston has always been a long held bastion of punk and hardcore. Though you can still catch scene legends like the FU’s and the Proletariat ripping it up at the Midway or ONCE, the energy, authenticity, and power that they captured in the early 80’s still permeates this city’s underground and the Democracy Center is one of the flashpoints that provide a safe and welcoming space for everyone who calls the punk scene home.

Like a suddenly ruptured appendix, Boston’s highly political Pandemix burst onto the scene only a few short years ago. But with a prolific output of releases, the bands lyrics and semi-rare live shows have made them a staple for anyone still intrigued by where punk can go nearly 50 years since its birth. Celebrating the release of their latest full length LP “In Condemnation” the band is joined by a slew of bands from across the ever expanding punk spectrum including Crisis Actors who’s faced paced, direct approach recalls leader singer Jen McMahon and drummer Chris Stunk’s short lived summer project Baja Blatz.

Salem’s Crimps bring a pop-driven joy punk to the mix alongside Cancer season, a new project from members of Dump Him and Bicycle. This will also serve as your first chance to catch Crawler, a completely new project featuring Kade Thibby, Jack Kerwin, and Nick Owen who’s sound promises to bring early 80’s Washington DC, to the DC. No dogs, no drugs, no cops, no ages. Respect the flyer and respect the space.