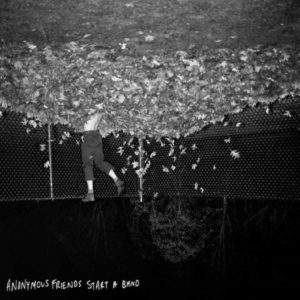 it has interesting rhythms. I think it’s the second song,

it appeals to my vanity. Talking about Father something.

Gloomy. I first listened to it in midsummer. It’s better

around this time of year, I think. There definitely is

something interesting about Massachusetts this time of

year. Very crisp quality air that I find appealing. The

first of the Halloween Winds.

I collected I think 14 albums from the review list and

this was first on the list. They were listed alphabeti-

cally. One of the first. Binmen EP. Close by. I liked it.

Being the first can be a difficult position. It sets the

tone. I found this pleasant. It sets a good tone.

There are certain unfortunate elements I’d rather not

disclose here, though they may be obvious to the listener.

I have mercurial tastes so my opinion is questionable. As

are all opinions. The quality of the recording is worth

noting. So, if you don’t like it at least you can disli-

ke it knowing you heard it in all it’s rancid detail. I

The final track, Electrum, is unrelated to the rest of

the music but it’s my favorite. I’ve heard “industrial mu-

sic” thrown around a lot recently, which is very somet-

hing or other but mostly good, and Electrum is vaguely

industrial so in some equally vague way it fits in with

I appreciate that the music here has a theme. It’s put

through a series of transformations and it tells a story.

It suggests thought was put into it’s creation, and thou-

ght is good. It’s like real music. It has depth.