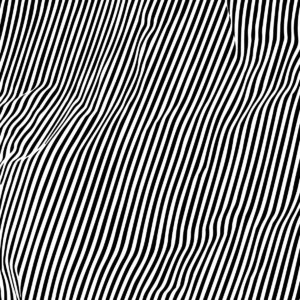 Animal Hospital’s Fatigue brims with color and (dis)order. For those with synesthesia: welcome. I have enjoyed this self-diagnosis for most of my life, but only rich sonic experiences such as this excite the symptoms. (My tools of critique are fluid between visual and auditory sensation, so please excuse the cross-pollination of terms). Animal Hospital, real name Kevin Micka, has taken aim at the –scapes genre in which the mind’s eye’s image gets painted without the aid of vocals or kitschy hooks or over-production. The narrative or atmosphere is not spoon-fed to us like it is in more popular conveyances of sound; it is thought about and seriously considered by the listener and also perhaps by the artist—but maybe (also) improvised (?). (Insight on Animal Hospital’s process would be interesting.) This was my first time hearing Micka’s Animal Hospital. I consider myself unbiased. I enjoyed each track individually and think of the album as two etudes leading to a serenade and a symphony or overture. Here is a track-by-track analysis:

“Conditions” is an interesting opener. In drafts of this essay, I thought about the first track as somewhat alien to the rest of the album. It begins with an undulating drone that one would guess is the primer for the rest. Pure/plain tones envelope the mind, then begin to waver and break into a simultaneously primitive and techno-savvy rhythm that I liken to a band whose instruments are amplified touch-tone phones—archaic and modern all at once. To get the full effect of this track, I recommend wearing headphones or at least sitting between stereo or surround speakers because panning is creatively used.

Track #2 bursts into the ears like an accidental press of multiple keys on a pipe organ, but it’s guitar. While it might be jarring and a complete 180 from where “Conditions” left us, “No Pressure” quickly soothes and takes away. Micka’s guitar drops like a quilt. The decay of the guitar is so long and conductive, though, that the interplay between the saturation and the sparsity—economy—of notes makes it feel like the wind (or something) keeps the quilt from remaining where it lies, blanketing then freezing the listener. Like I said before, these first two compositions are like etudes, studies on one instrument each that demonstrate the capabilities of the artist and also hint at what to expect in later movements.

Cars roll by as the hushed sibilance of an urban biome surrounds. The street scene is set. Ticking. Track #3, “Framework”, is a serenade. Sounding like an avian nursery, infantile guitar sounds caw and pop counterpointedly in a symphony of chaos. Intraspliced are whooshes of an unknown, fleeting, joyous twist of the timing knob on a delay effect. That is my guess. Those are the chicks learning to fly. The city returns and now we hear the whole tree chirping. “Framework”  is light and airy like spring in the morning when the sun is shining.

Where the third track had levity, track #4 turns out to be a weighty crescendo. “Absolute” has a constant driving force that is built upon slowly and deliberately. It has the feeling that it is the culmination of everything previous on the album. This is our reward, the opus.

While it is heavy, there is a sense of fleeting, like I’m being allowed (but shouldn’t have been permitted) to see exactly what secret method led to the construction of the Great Pyramids.  (And while I’m witnessing that monumental project, it is also downpouring.) Noise and tone are dancing in a maelstrom. This song is full of emotion. Micka’s interpretation of style on his Bandcamp says he employs an “exploded-view,” which, if you’re like me and didn’t really grasp what he meant by that before listening, listen to this song. You’ll get it.

Animal Hospital has succeeded in making a great work of art. It is thought provoking and conjuring of imagery—if you’ve read this far, you know I’ve seen some stuff, man. Fatigue is academic but not pretentious in reach. The production value is high with a width and fullness that never sounds shrill or muddy. This is music that drives music forward. Can’t wait to see Animal Hospital live.