“I’d like to get to the point where it’s like – oh you’re a new slowcore band? You gotta reach out to Candlepin, those are the guys to talk to,” says Aidan Page, Boston scenester and founder of Candlepin Records

Tucked just outside of Boston proper, Page’s tape label is unwaveringly religious in its pursuits of spaced-out fuzz, with the majority of its contents clinging to the core tenants of cult 90’s acts such as Bedhead, Duster, or Ida. The label’s efforts to preach the gospel of a genre once left in the past has earned them a cozy niche in the hearts of indieheads across the country, selling out multiple releases and merch runs.

Despite totaling thirteen releases since last February, the label seems partially obscured from the eye line of the Boston music scene specifically. Perhaps it makes sense though — this isn’t a label for Berklee alums.

Candlepin pulls artists from all across the country, making stops in states such as Michigan (Auto-Pilot), North Carolina (DOZR), and Mississippi (Kicking). Slightly unorthodox, the expansive approach of Candlepin has allowed them to compile an Olympian team of pedal-obsessed indie-rockers. Some bands came to Candlepin through connections Page made through his act Husbands, with bands like Stalled being former labelmates, and other groups like Belly Up came by virtue of shared bills in Northeastern basements.

The label also employs the help of open submissions, “There’s something that happens when I hear a submission for the first time and when it happens I know that we need to put it out…” notes Page, “If I’m smiling by the end of the first song, then it’s immediate yes — we have to work with this band.”

That process has netted the label some gems, though at the cost of weeding through some less than perfect demos – “We definitely do get some stuff that is very, very cringe,” says Page.

After a sold-out compilation made in tandem with Philadelphia label Julias War, Candlepin had two releases in May. Brooklyn shoegazer Ringing debuted with their Tripsitter EP, and Boston’s Idler Wheel released Run Straight Down, a droning, gothic, seven-song album. Both releases can be found on the Candlepin Bandcamp, and have cassettes available for pre-order.

With the label stacking up releases, we figured it was pertinent to introduce you to a few members of the Candlepin family. We’re confident they’ll welcome you with open arms.

There’s no better place to start than with Husbands, Page’s own project. The band has taken on an assortment of formations since its inception in 2016, but despite its off-and-on nature, the group managed a steady output of singles and EPs leading up until 2021’s full-length debut The Moon Shuts Off Sometimes.

Springing forth from the mind of the label-maker, the album’s opener, “Drag”, is scorching, trotting out some guitars that would make Kevin Shields beam with fatherly pride. Its follow-up, “Bender” swings entirely in the other direction, with a mellow drumbeat, soft basslines, and cautious pluckings of the guitar, each note glinting with moonlight.

The band’s pendulum seems to swing back and forth between these two extremes, for the most part, swirling into their self-described genre of “slow gaze.” However, a few acoustic tracks on the back half of the album give a smooth finish to the group’s first full length. This transition pushes Page’s songwriting and voice to the forefront of things, his voice seeming to catch that same moonlight shine that struck his guitar on earlier tracks. The album is

That pendulum seems to be as much of an encapsulation of the band’s range almost as much as it is of Candlepin as a whole, making The Moon Shuts Off Sometimes the ideal beginning for your Candlepin journey.

Husbands don’t play shows all that often, but when you get a chance to see them, don’t miss it. Maybe we’re biased because we just booked them for a show at the Hassle Flea tomorrow, but they’re probably the most underrated band in Boston. 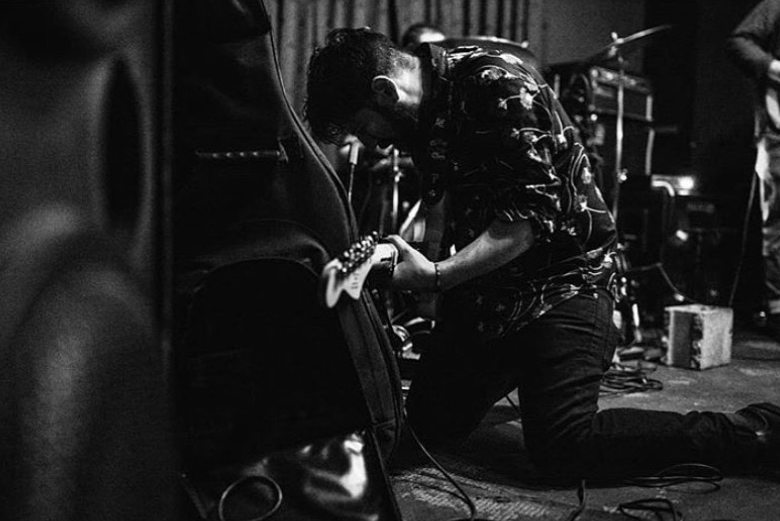 On a label full of people who love Duster, Drafting might love them the most.

Based out of Louisville, Andy Gelburd, Nigel Meyers, and Jake Tapley’s debut release Everything Is Coming Up is a sequence of lullabies, built for the ears of lethargic and mildly-annoyed twenty-somethings who just got off their shifts at bars and are headed home to fiddle with their tape decks. The five-song EP is stuffed with slow and perfected repetitions that rock you back and forth, winding from ear to ear, filling the space in between your ears with riffs dripping with melatonin.

At times they choose to lean into noise, most songs building into proper explosions, but Everything Is Coming Up, is pasted together by an adamant love for this drifting, airy, sound, collaging together the highs and lows to create one of the more effortlessly authentic slowcore releases in the modern era.

“Chasing The Clouds” is the albums highlight, A pensive, near-five-minute track compiled of two minutes of gentile instrumentals, two minutes of sparse and off-balance vocals, and approximately 30 seconds of unbridled noise and frustration, an explosion of wired 90’s guitars (think less Duster and more Weezer). Gelburd’s voice seems to gain confidence throughout the song, becoming more emboldened with each wo

rd. In its final moments, staggered screams of “I reach for you in my sleep” echo across the track, a burst of frustrated honesty that’s been buried underneath his surface for far too long.

And then it cuts. Back to lullabies and swaying guitars. It’s the calm aftermath of an emotional outburst,and the album returns to the quietness where it all began.

Only twenty minutes long, there’s something about this release that just feels eternal, you could keep it on loop forever. 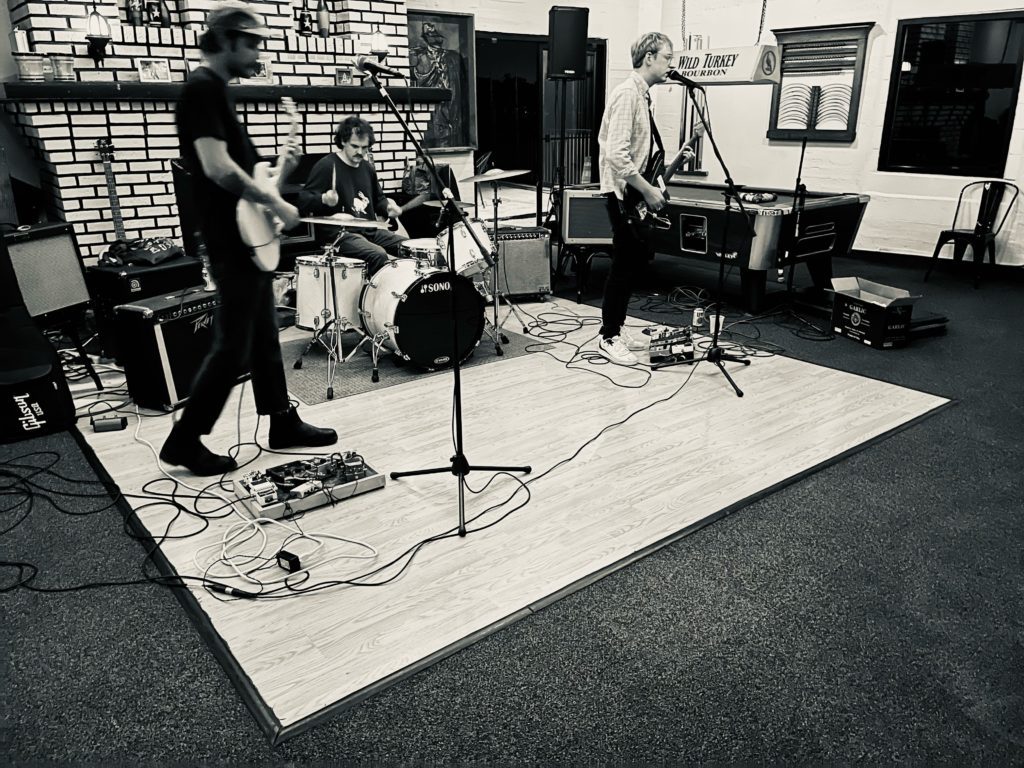 The Spartanburg, SC group, Poorly Drawn House, made up of Anthony Gansauer, David Gansauer, and Christian Adrian met Page through their shared stint on the cult Iowan label Joyless Youth, but Page says he was just lucky when it came to having their newest release Home Doesn’t Have Four Walls come out on Candlepin.

“With Poorly Drawn House they just posted something on their (Instagram) story that was like, ‘Who wants to put out our new LP?’ and I guess I was the first person to reach out about it and I just said ‘Give me the details, I’ll put it out.'”

It’s not hard to see why Page was so quick to offer his services – the title of their newest release may ring a bell to chronic Bandcamp users, being honored as one of the site’s “New and Notable” projects in late February. The top comment reads, “Delightfully depressing nod to 90s-era Hood and autumnal slowcore,” which is a pretty excellent elevator pitch for the seven songs to the left of it.

While pulling from similar influences as the rest of the Candlepin family, there’s a decidedly rougher note to Poorly Drawn House. Listening to tracks like the opener, “The Walls As Witness” feels less like you’re floating, and more like a lonesome grind across the pavement of open highways. Horns, clarinets, and Cellos(?) often scatter bright tones across the group’s melancholic clusters of guitars,  all the while sticking to its methodically gritty nature. Beneath it all, a bed of field recordings often sets the tone, offering a wonderful feeling of isolation amongst the breeze and cricket chirps that populate the air of late nights in small towns.

The fact that Home Doesn’t Have Four Walls is their third release makes them feel like an elder statesman compared to most of the bands making their debut on Candlepin. It’s premeditated and matured, resolute and confident in its misery. 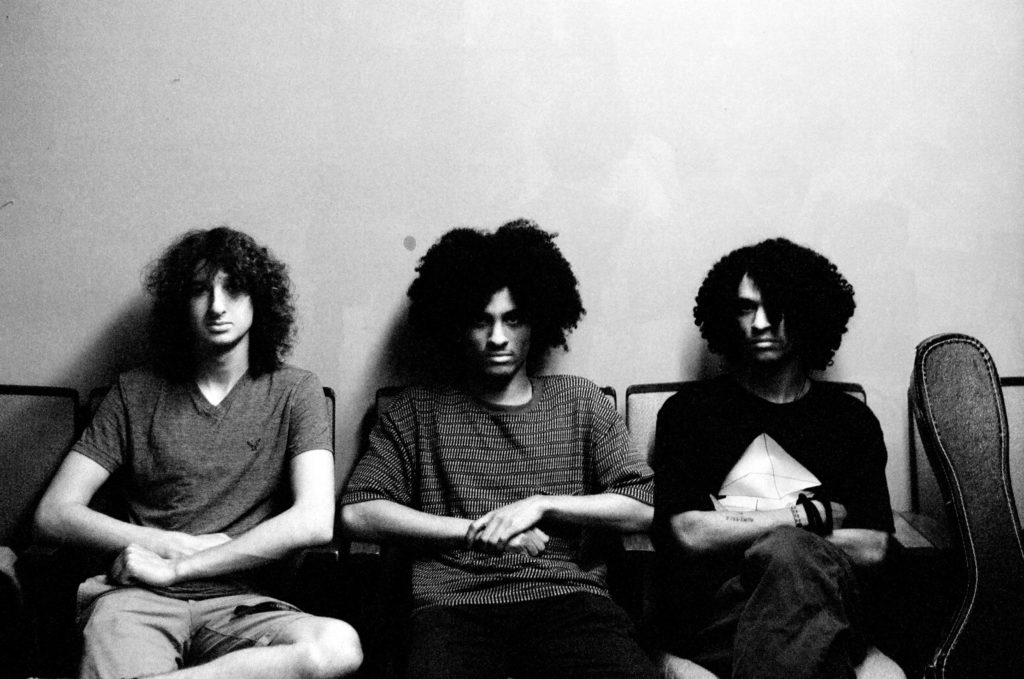 Frankly, we can’t tell you much more than that either, however,  “Naturally,” the second track off their self-titled EP, is such a standout that it’s hard to imagine Hoffman isn’t some type of Elliott Smith reincarnate. The song is dreamy in its own way, not in the head-in-the-clouds feeling of its labelmates, but in the mild layer of fuzz and gentile nature of Hoffman’s voice.

It’s soft but in no way trepidatious. Hoffman sings with some strange type of sad confidence, the type worn by some horribly depressed road-dog musician who’s confident that life is meaningless. It feels impossible to refute him, you have no choice but to take his worn-down words as absolute truth.

The song is soft but expansive, the verses carried by a tiny but infectious bassline, and choruses feature low, grinding guitars. Hoffman’s whispers of lyrics just glide over his bottom lip and into the track, never seeming to take a breath. The track ends on a saxophone solo, a perfect summation of everything that’s come before it, equal bits cocky and wistful.

The song’s music video, which captures an elegiac tale of a 24-hour-diner, its employees, patrons, and a gun for hire, is shot in the same hazy way that the song was recorded, immersing you in the blue-green world of strip malls. It was released via Hoffman’s I’m Into Life Records and equals the song’s excellence. 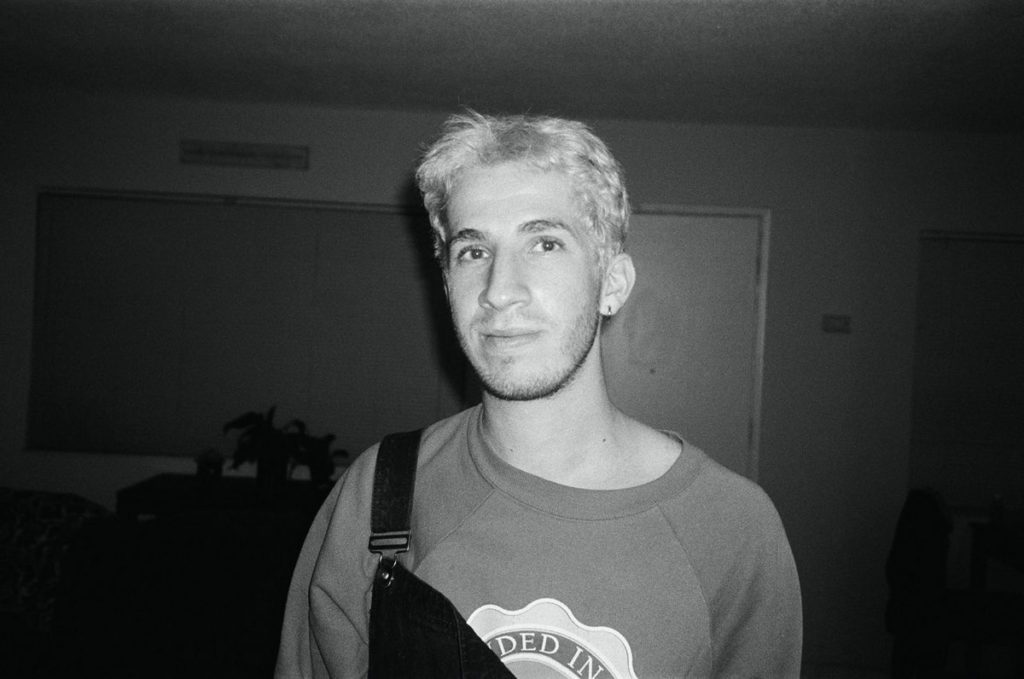 Page first crossed paths with Belly Up on a weekender tour back in 2019 with Husbands. A couple of basement shows left him enamored, calling the Vermont-based band one of the louder performers he’d ever seen. “They weren’t just loud for the sake of being loud, it was just a very cathartic loud experience – and all at the same time very melodic,” said Page. The group’s first release since 2017 certainly lives up to those standards.

Haven, released in March, is careful in both its silence and its swells, kicking off the full-length debut with “Begin” – 35 seconds of low-toned ambiance – and following it up with  “No Purpose,” a dark, gazey, and harsh six-minute journey. Much less dependent on ethereal fuzz than the rest of the Candlepin family, Belly Up’s sound seems to dwell in deep, shadowy, corners.

Tracks like “Sum Of All My Parts” feel like they have a soul purpose of trying to rip a hole in your chest. Its grinding guitars tear at your sternum until the aforementioned catharsis emerges. These moments of aggression are tempered by the five segues throughout the 15- song LP (properly titled “Segue 1,” “Segue 2,” and so on). While not exactly poppy or light in nature, there is a general calm to these interstitials, providing minute-or-so respites before building into impending explosions.

Listening to Haven reminds you of stumbling out of an Allston (or perhaps Burlington) basement, and feeling the wind. You’re sweating, temporarily deaf, and buzzing with pure euphoria. 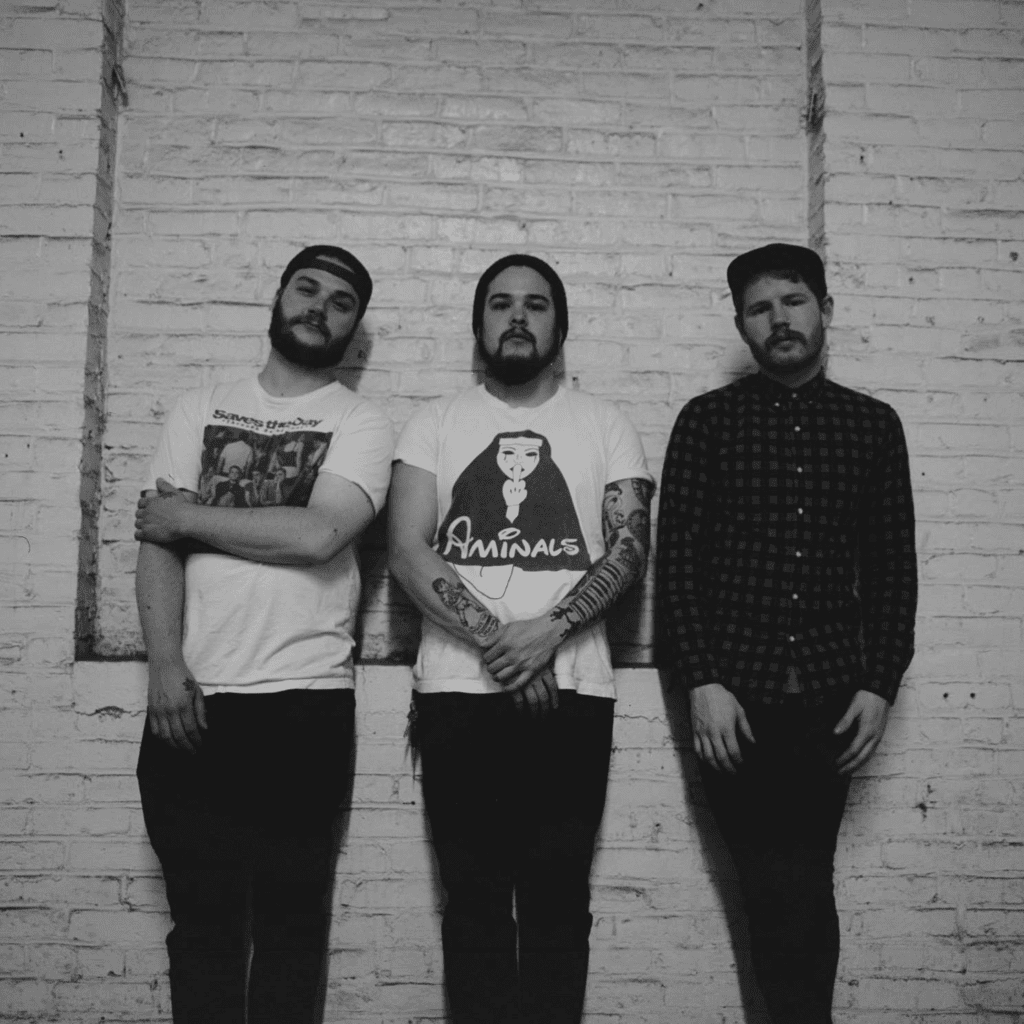 Liked it? Take a second to support Caleb Peck on Patreon!