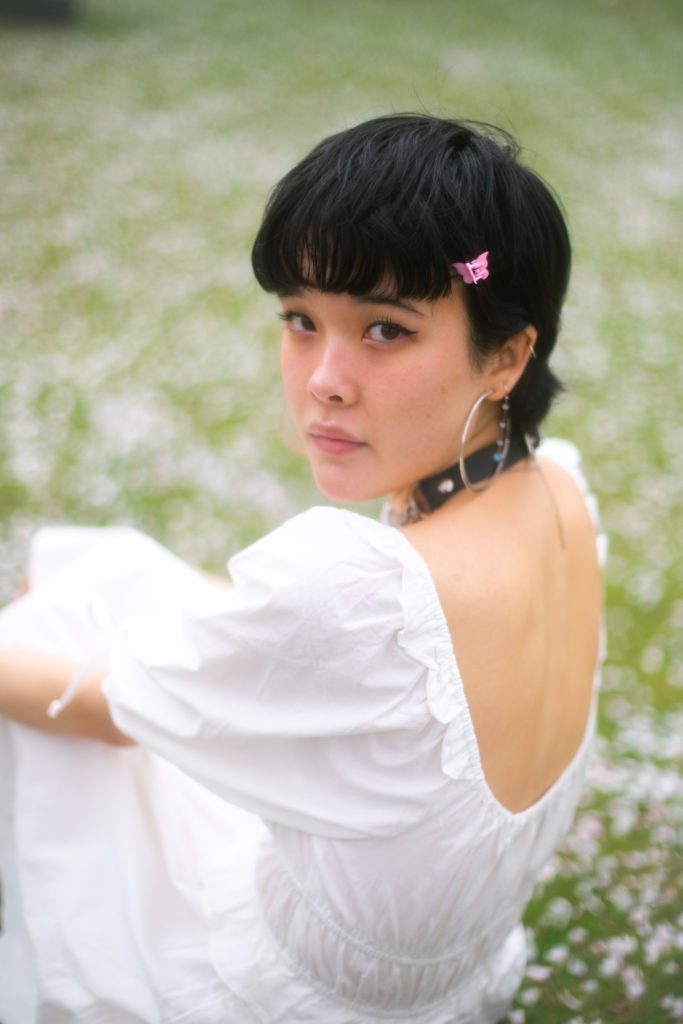 In blending together her jazz background, Japanese culture, and years of experience writing music, Mei Semones has crafted a sparkling sound that can be found in the recent release of her second project Sukikirai. Semones’s music is personal, creative, and heartfelt; as she has developed a distinct style that is hard not to recognize upon first listen.

Hassle: The bio on your website talks about your musical background and your inspirations and I’ve been curious about how you found your sound?

MEI SEMONES: Yeah, definitely! I started writing songs when I was pretty young, in middle school. I wrote songs in high school, but I don’t think I found my own sound until I started college and came to Boston and started going to Berklee.

That has a lot to do with starting to incorporate more of the jazz influences into my writing, whereas before I was just writing pop songs. I had been studying jazz for a while, so it just made sense to incorporate that into my own writing. Another thing that has been really important to me has been starting to write lyrics in Japanese, because I had actually never done that before my first single that I put out — “Hfoas” in 2020. That was important in finding my own voice and figuring out how to distinguish myself and create a specific sound.

Hassle: How did you meet your band, did they also go to Berklee? How did you guys come together?

SEMONES: I met them all at Berklee pretty much. One of them I knew since freshman year, because we lived in the same dorm. His name is Noah. When I came back to Boston after COVID last fall, I was looking to form a band to start playing shows with, and that’s how I met the drummer, and Noah introduced me to some other string players. My friend Jaden plays bass, who I’ve known since freshman year as well. So yeah, it’s all through Berklee!

Hassle: How did you incorporate Japanese into your writing? How did you come to that decision and what does that mean to you?

SEMONES: In terms of what it means to me, I grew up speaking Japanese to my Mom. She has been the only person I speak Japanese to. I don’t really have a lot of friends here who speak Japanese.

It’s important to me, because I feel like it’s a way to stay connected to the language and to stay connected to that part of my background in a creative way. One day I was just like: “What if I just wrote a song in Japanese? Because I’ve never done that before!” It turned out to be a really great thing for me.

Hassle: Any words on your recent release?

SEMONES: It has been good. It’s the second project that I put out. I did it as part of my graduation — my graduating capstone project — but it was mostly just for myself. I’m really happy with the way it went and I’m really happy to have worked with all the musicians in my band who played on it, and the engineer at Green Line from Northeastern, which was really cool. 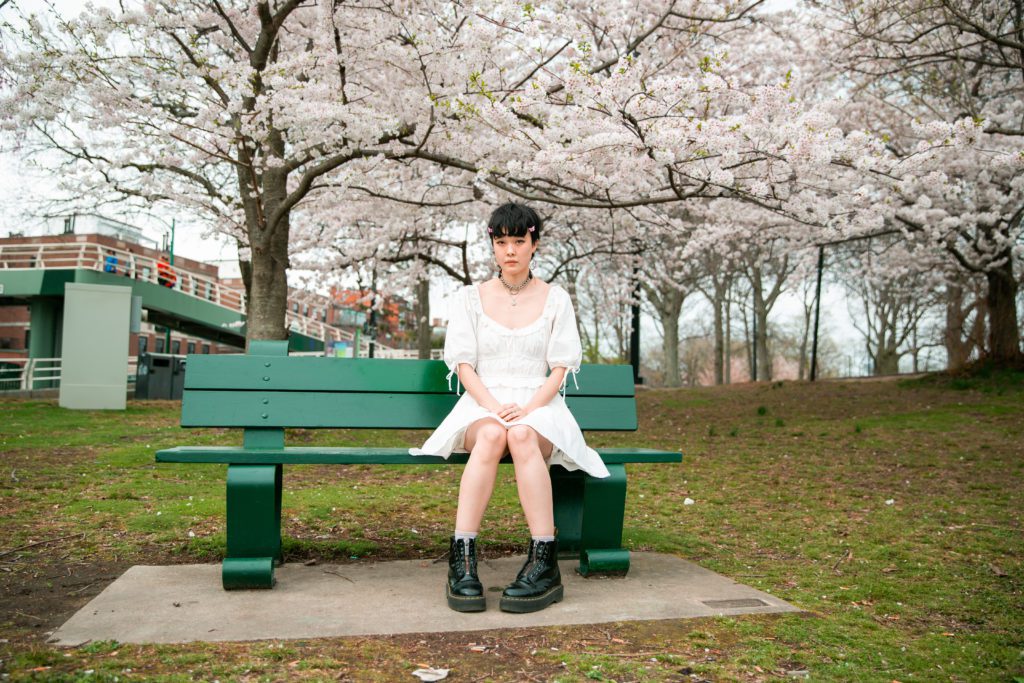 Hassle: What would you say is your favorite or most meaningful song that you have ever written or released?

SEMONES: That’s a hard question. I like all of them but I guess one of my favorites right now is “Kodoku” which is a song after my first EP Tsukino.

Hassle: A favorite from your most recent release?

SEMONES: Again I like all of them, but I think maybe “Sukikirai”, the title track.

Hassle: I saw that you were a part of a few other bands, and wanted to ask you about those and how they differ from your solo work?

SEMONES: I play with The Brazen Youth which is a lot of fun. It’s great because I get to go on tours with them and play pretty big shows — which I don’t get to do with my own band. And I also play with G Luné which is really fun. Both of the bands are pretty different in style. Brazen Youth is more indie-folk/indie-folk-rock and G Luné is more pop/indie pop. That band is really fun to play in because I don’t really get to play a lot of music like that very often. It’s so simple, but it’s really rewarding.

Hassle: What’s next for you? Where do you want to go from here?

SEMONES: I am moving to New York at the end of the summer so that’ll be a big step for me! I’m trying to get more into the scene there. I want to look into some venues, I’ve started making a list of venues, and reaching out to bands — like trying to open for bigger bands too.

I’m trying to record another project this summer before I leave, and before my band is going to split up because I’m going to New York. A lot of them are staying in Boston. So, just recording another project, trying to put that out, booking some bigger shows, and continuing to grow my audience!

Hassle: What would you say is your favorite part about being a musician?

SEMONES: I like all of it. My favorite part is just playing with my band. That’s the most rewarding thing and it’s so much fun. They’re all such excellent musicians so it’s just like every time I play with them it feels amazing. That’s probably my favorite part.