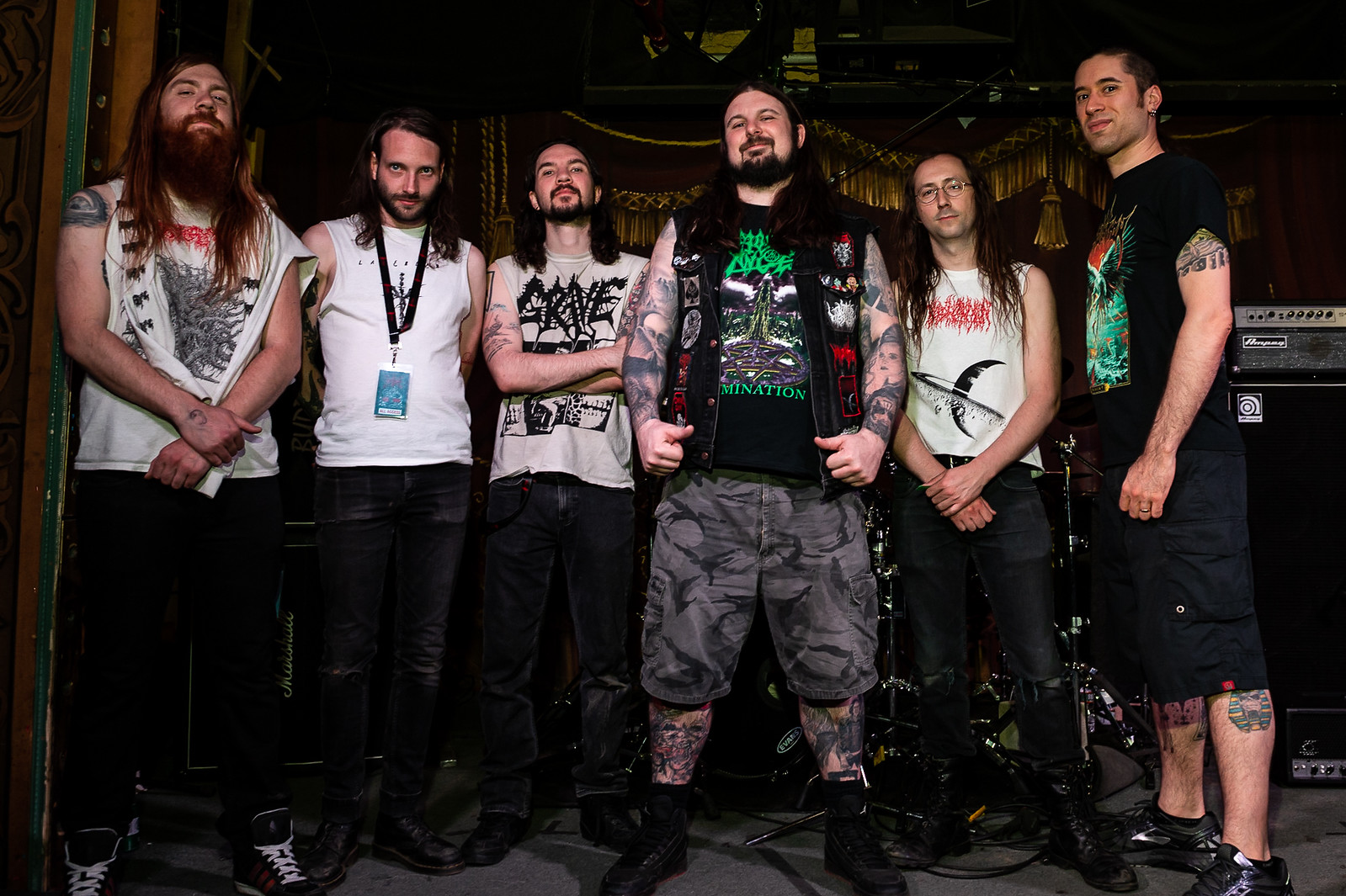 above photo credit: Return To The Pit

DS:
Hey Kevin, so thus far how has the Covid 19 affected your show booking and organizing?

KO:
The Covid-19 virus has completely demolished my calendar of shows in a short period of time. I had my biggest show of the year, Death Over Worcester, planned for April 24th & 25th. I thought there was nothing that could possibly get me to postpone. But it looks like no one is going to be able to do a show in April. As far as May is concerned, a lot of my shows were connected to Maryland Death Fest, and it’s looking like it may be postponed – which means all of those tours will also be postponed. I’m really at the point that I don’t want to book anything for the summer because I’m afraid I’ll just have to cancel. I’m currently re-booking Death Over Worcester for October. I’m hoping that’s far enough away. The worst part of all of this is not knowing how long this will last. I’m lucky that booking and promoting is not my main job. 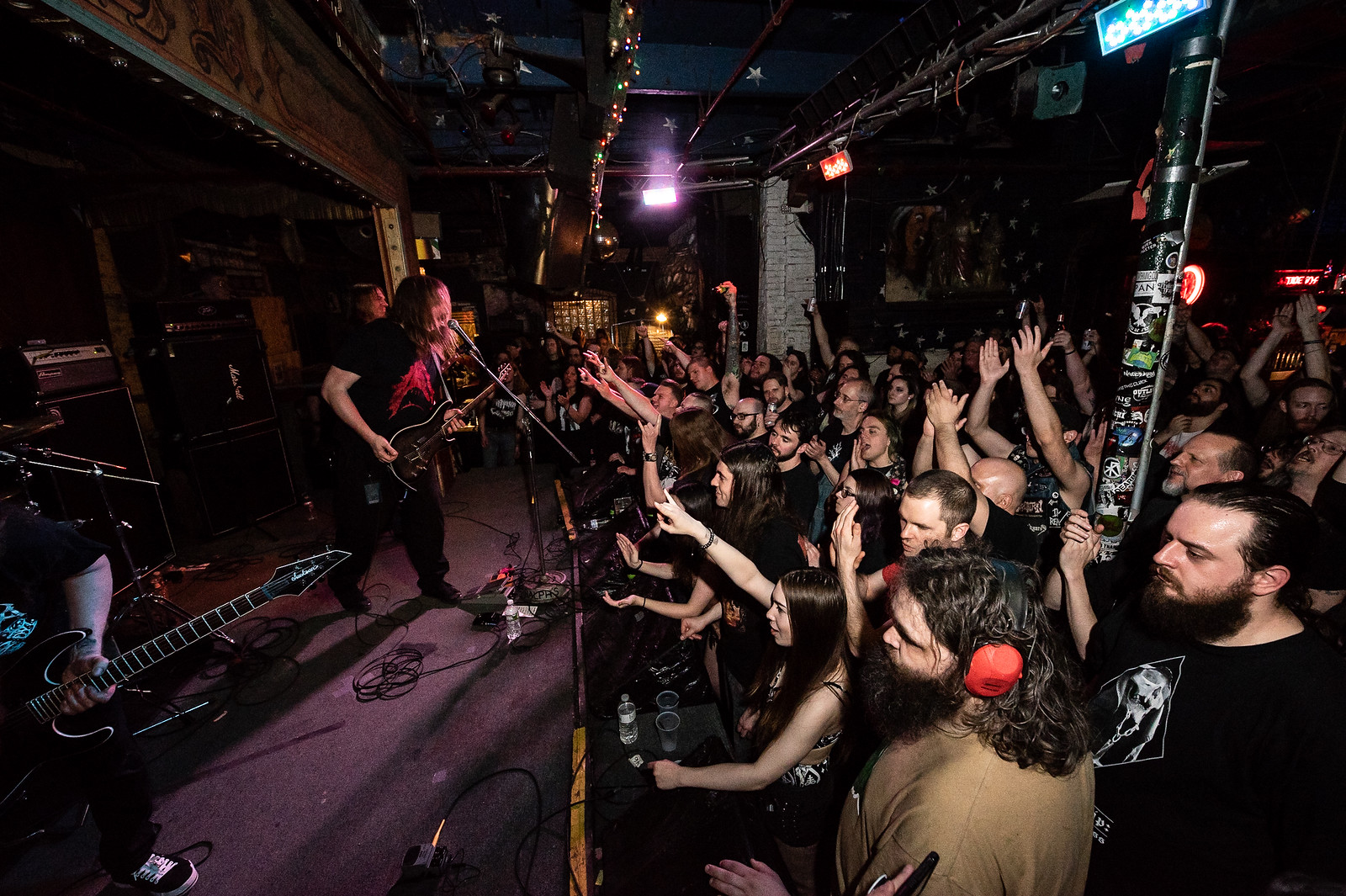 photo credit: Return To The Pit

DS:
That’s terrible. It’s hard to know what to fully expect at this point. Have you heard that a second wave of the virus could come in the fall? The fragility of our underground music communities is on full display.

KO:
I honestly don’t know. But I don’t think anyone really knows. It doesn’t seem like anyone has a clear picture of when things will go back to normal. Also once things are back on track are the venues still going to be in business. The main venue I book shows at is Ralphs Rock Diner in Worcester. If, God Forbid, they had to close their doors I don’t know if I’d even want to continue booking shows. The unknown really is the scariest part of all of this.

DS:
Agreed. So what were some of the shows you had to cancel? And how did you get into booking in the first place anyway?

KO:
Well, I just spent three hours today processing refunds for the Demilich show I had booked on May 27th. Demilich was coming from Finland. I can’t imagine we’ll be seeing international bands here for a while. I postponed Eternal Champion’s first New England show that would have taken place on Friday, April 16th. Hopefully, they are going to reschedule for October. Death Over Worcester is going to be moved to October. The bright side of that one is that I’m going to book an extra day, and make it a three day fest. Basilysk was supposed to drive up from PA yesterday to play with Desolate and a few others, but that had to be cancelled.  I have a few other shows that are going to be cancelled, but the cancellation just hasn’t been announced yet.

As far as how I got into booking – I published a Metal Fanzine with some friends for a few years called Codex Obscurum Zine. I interviewed all of these underground metal bands that weren’t coming any further Northeast than New York. So, in 2014 with some help from Chris of MT Booking, I started booking all of these bands that I liked in Worcester at Ralph’s Rock Diner.  I’ve had the opportunity to book legendary bands like Immolation, Deceased, Blood Feast, The Chasm, & Demilich. I’ve also been able to book the first New England shows for Death Metal bands that have blown up over the past few years like Blood Incantation, Tomb Mold, Horrendous, & Fetid. I’ve always paid attention to new bands and actively hunt down demos of Death Metal bands. Just booking to my taste of the kind of bands I like has paid off. I’ve reached the point were people know I’m going to deliver a quality show, and the audience has grown incredibly over the last six years. It’s quality over quantity with Codex Obscurum Presents shows. Plus I’m always fair with the bands. No pay to play nonsense. Most of the time the bands get all of the money and I don’t even get paid. 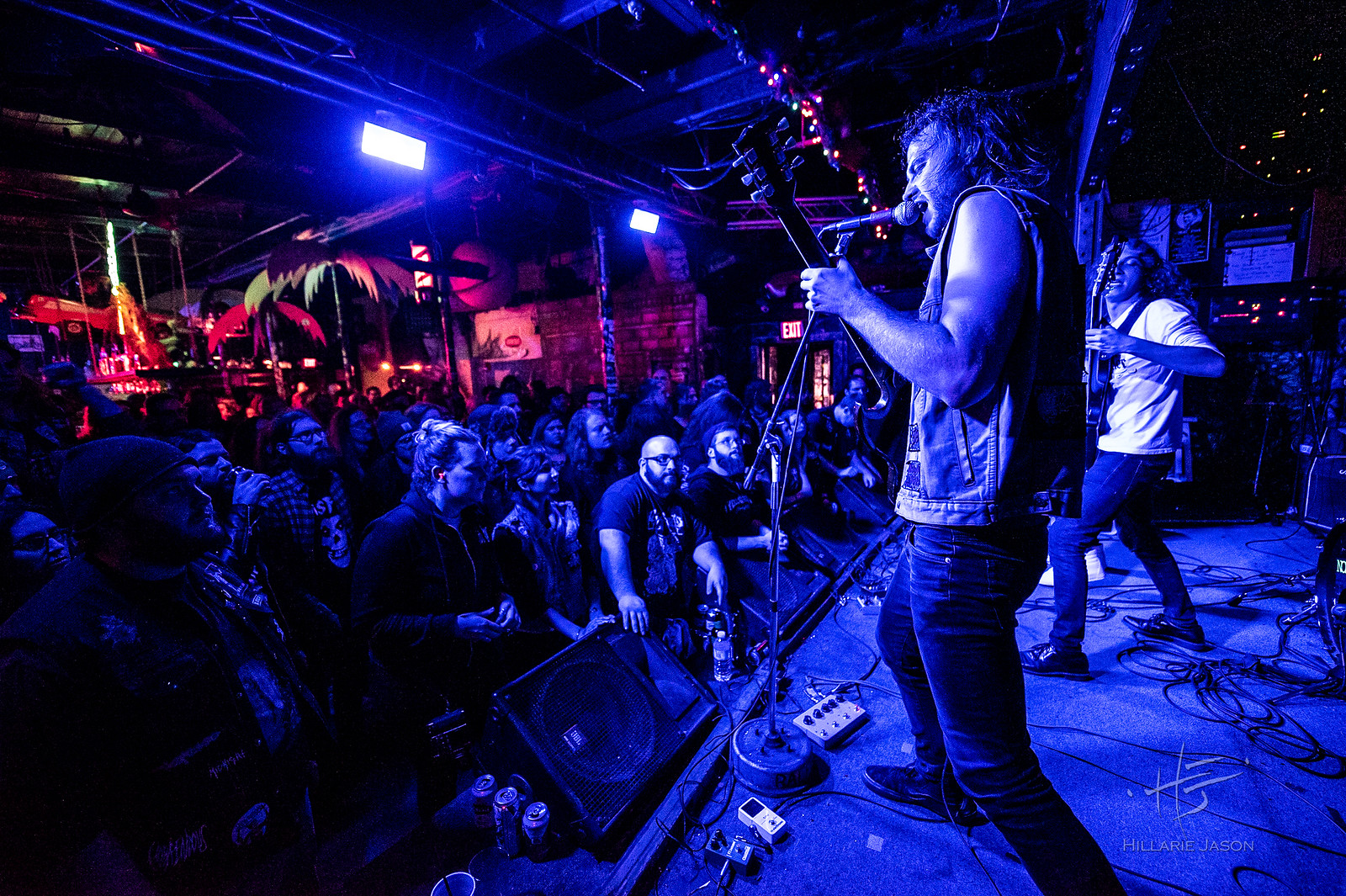 DS:
I’m a Demilich fan. Truly sad. I hope DOW goes off without a hitch,  and that everything else gets rescheduled. Booking, I am with you 100% on the same philosophical tip. Same reasons I got into this whole world myself. I’d like to ask about Ralph’s if I may? There are tons of shows there all the time. We have stuff on our calendar constantly, but I rarely actually make it out. What does this space mean to the metal /extreme music community? The Worcester underground music community?

KO:
Ralph’s Rock Diner is extremely important to the Metal community in Massachusetts. I have to give a lot of credit to Chris from Metal Thursday. He started doing underground Metal shows at Ralphs in the mid 2000’s. While his focus has been mostly local bands and the occasional touring bands on Thursday nights I wanted to bring in more national and international bands all through out the year. Ralphs is independently owned and operated. It has plenty of parking, three bars, cheap beer, and a good sound system. The room upstairs holds a little less than two hundred people which I think is the perfect size. But the best thing about Ralphs is they leave me alone. They trust me to book whatever I want and never tell me I can’t do something. I also do all of the social media for Ralphs. So there is a level of trust and respect between me and the venue that I don’t know I would get with another venue. A lot of it has to do with how well behaved the underground metal crowd is. There is rarely ever a problem at a Death Metal show at Ralphs. Maybe it’s because underground metal fans are so focused on seeing the bands and having a good time. They’re not there to start trouble. So it’s a great relationship that would be hard to duplicate.

DS:
A venue like that is exactly what is missing in Boston, and to be honest what I’ve always wanted to open, but have never been able to for reason x, y, and z. So necessary for building music community, especially for non-mainstream/commercial audiences. Well done all of you. It does always help that the audience doesn’t tear the place apart.

Nice talking with you Kevin. What else ya got? Any final parting words for the ongoing struggle?

KO:
Final parting words:
I hope this pandemic ends sooner than later. A lot of bars and venues are probably going to go out of business because of this virus. But I know bands will always want to tour. So there will always be shows some how some where. You can’t stop Rock N’ Roll. So once shows restart make sure you come out and support. Lord knows you’ll probably be sick of staying home by then. Cheers. 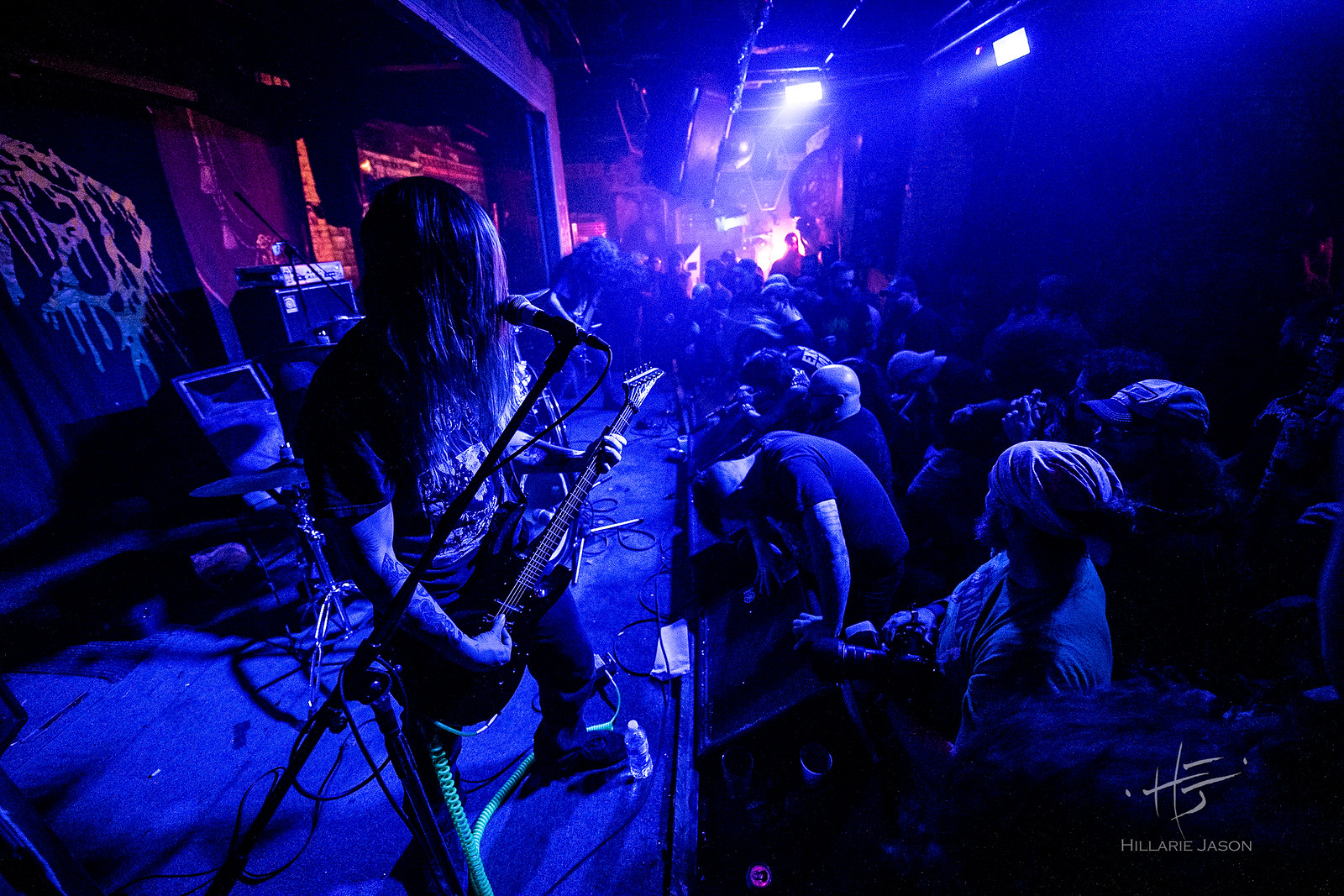