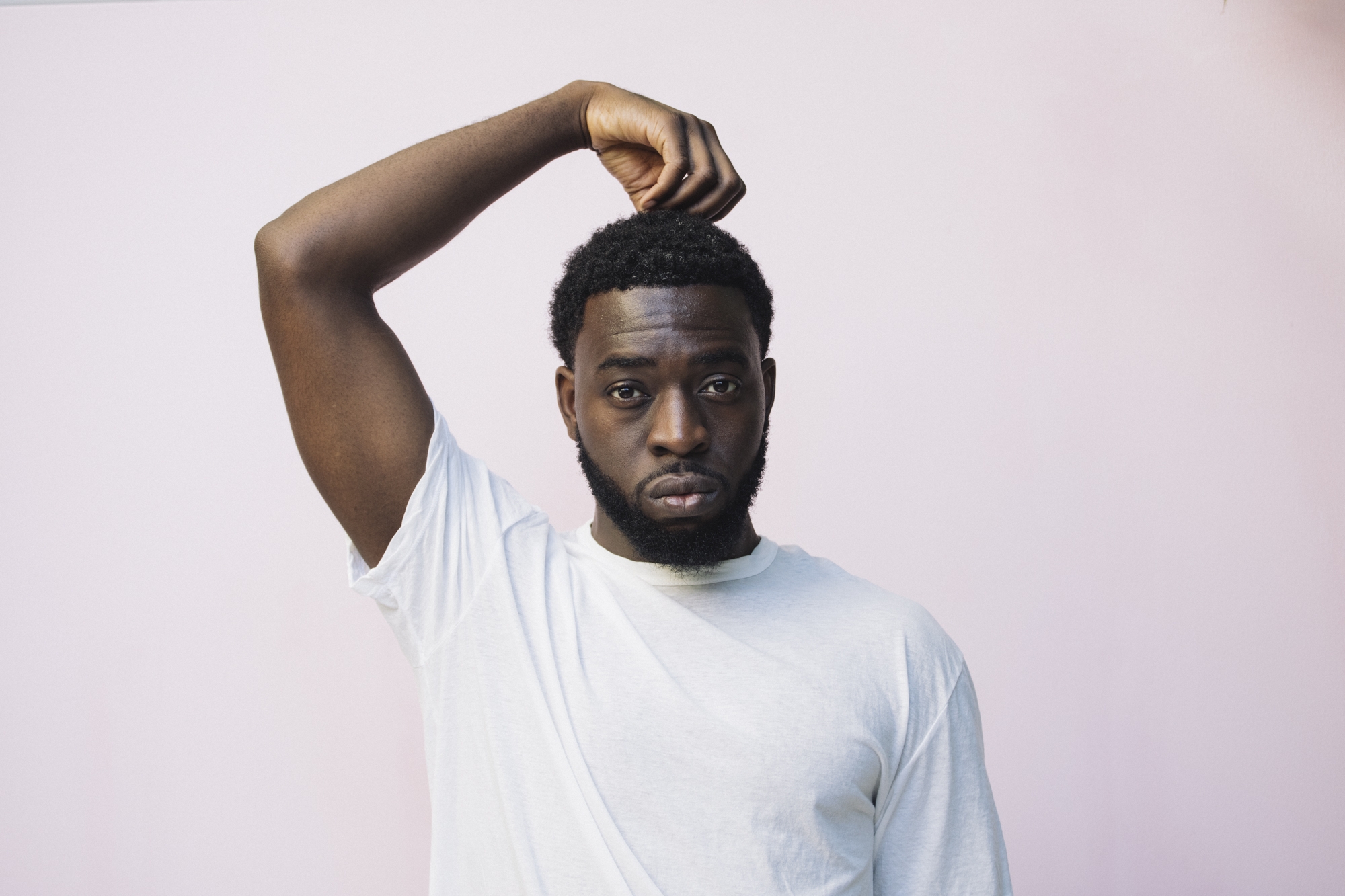 Ed Balloon is a Roxbury-born musician who has been… well, blowing up the scene for the last few years. It wasn’t an easy path, however. When I interviewed Balloon over the phone, we spoke of his journey leading up to his performance at HassleFest this Friday as a path littered with doubt and insecurity.

He studied at Brandeis with the intention of becoming a lawyer. However, his mind was in music. Many people discouraged him: “I didn’t sound like the ideal artist. I was a singer who was a bass, I had a deep voice. I’m Nigerian, I had this accent. I don’t sound like Chris Brown or Usher. So they’re like ‘No you can’t.’”

“No you can’t” drove Ed Balloon to prove that he can, and that he can his own way. He thought of the moniker Balloon because of his unexplainable, lifelong fixation toward balloons. He fully adopted the name, however, because of the unrestrained nature of these rubber inflatable bag-things: “I like balloons because they just float, and I saw them as not having to be contained or having to stay in categories. They just keep going, they just keep floating, they just keep moving.”

Since then, he has released three EPs to critical acclaim. His most recent EP, Flourish, came out via Deathbomb Arc a couple of weeks ago. While his first two EP’s—No Smoking (2015) and Yellow 20-Somethings (2016)—indicate a young adult experiencing too much to consolidate, Flourish represents a maturing artist with an established platform and a message. “With this EP I really wanted to talk about finances, especially being an artist and being an African American artist,” said Ed. “I want to show different ways of how it could affect someone, or how it affects me.”

Flourish is about finances because “we talk about it on a surface level, and so many issues can come up from it.” He criticizes celebrities who come from nothing then grow powerful platforms, for many forget where they came from and don’t give back. Ed wants to use his platform to give back to his community by combating poverty, which he faced as a first-generation American born to Nigerian immigrants.

Throughout his career, however, one message remains constant. “I also want to use my platform to put light on those who are different. I’ve always been ridiculed for being different, and it’s very difficult to accept your differences,” said Ed. “I know how difficult it is to be able to love yourself because you find it so hard to cause you’re so different. And you think that you’re—it’s very hard to explain, but you feel like you’re the problem.”

While he is frequently described as many genres, from electro-soul to glam-pop, he stays loyal to emotion rather than genres. He acknowledges his roots in R&B, but he takes inspiration from everyone, from Prince to The Beatles.

The Boston music scene isn’t always welcoming toward his unique music fusion, however. As a Boston-based musician whose first show was in New York City, he believes the Boston music scene has a lot of work to do in regards to embracing music that challenges the cultural norm. However, the new wave of experimental and underground musicians coupled with the organizations that promote them inspire optimism.

Catch Ed Balloon on Day 1 of Hassle Fest this Friday at ONCE Somerville. Expect everything from R&B to soul to electronic to pop, and definitely expect a lot of dancing.