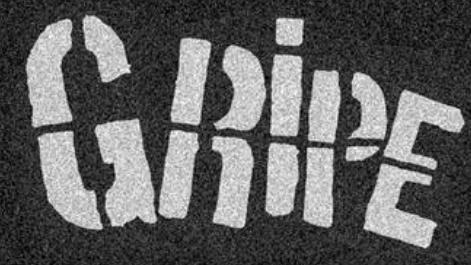 Gripe is a new hardcore band out of South Eastern, MA. If you like your hardcore stripped down and straightforward, this is the band for you. Check out the new EP and keep your eyes peeled for the next time they play out.

Brendan-Brendan, some folks call me B.Long, and I am the yelling person.

Brock (B)-The name’s Brock and I hit things with sticks.

2) You currently have a demo out, any plans for future recordings? Any plans to hit the road?

Brendan-We got the demo out in September on tapes and initially also threw it out there on free cd’s I was giving away at local shows. By the time this makes it to press we hopefully will have released a 3-song EP titled “Rat Race” streaming on online platforms for now, but I’m not ruling out a physical release of it in the future. As far as touring goes, we are all working stiffs with careers and children and motorcycles and all that boring shit. So full tours are likely out of the question. However I am definitely not going to rule out an occasional weekend or two.

(Z)- We put our demo out a couple months back and just released a quick 3 song promo. Hoping to write a lot over the next few months and put out a full length…maybe over the summer

(J)- We are releasing a 3 song EP and working on new material for something in the near future. No plans as of yet to hit the road but I think that would be fun as hell.

(B)-We actually just recorded a 3 song EP (Rat Race), so be sure to check that out. 😉 As far as hitting the road goes, I don’t see it happening. We all have full time jobs and/or kids. Would be super hard to coordinate time off. 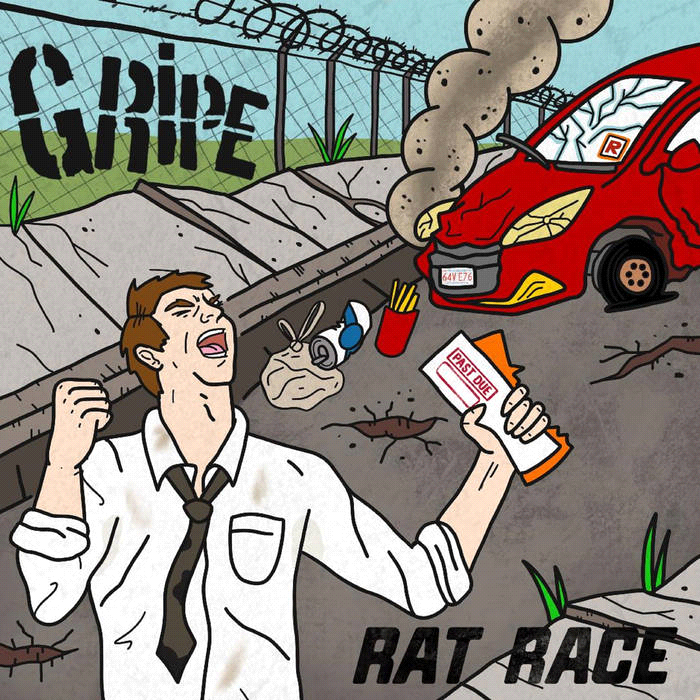 3) As a newer band, what is it like to try to get onto gigs? Is the New England scene open to giving a new band a chance?

(B)-Honestly, it isn’t too hard to get on gigs, especially nowadays. The scene is very welcoming and positive. It’s great to see.

(J)-I feel like it’s a lot better than it was when I was younger.

Brendan-Years ago, I felt like it was a lot harder than it has been for us present day. I’ll go into more detail about it on a later question in this interview, but everyone has been very welcoming. The New England Hardcore scene can’t be beat. Nobody does it like we do – it may be a biased statement because I grew up here but I don’t really care.

(Z)-Brendan answered this one pretty good

4) New Bedford/Fall River has been a breeding ground for intense angry HC, why do you think that is the case?

Brendan-Both cities have a long history of being super blue-collar, down on your luck, low brow towns who never really bounced back fully from the previous depressions/recessions. Being so close the vibrant scenes of Boston and Providence definitely bled over, and New Bedford has always had it’s own thing going as long as I can remember. I was fortunate (or unfortunate) enough to be old enough to have been able to go to shows at places like Reflections and The Living Room. 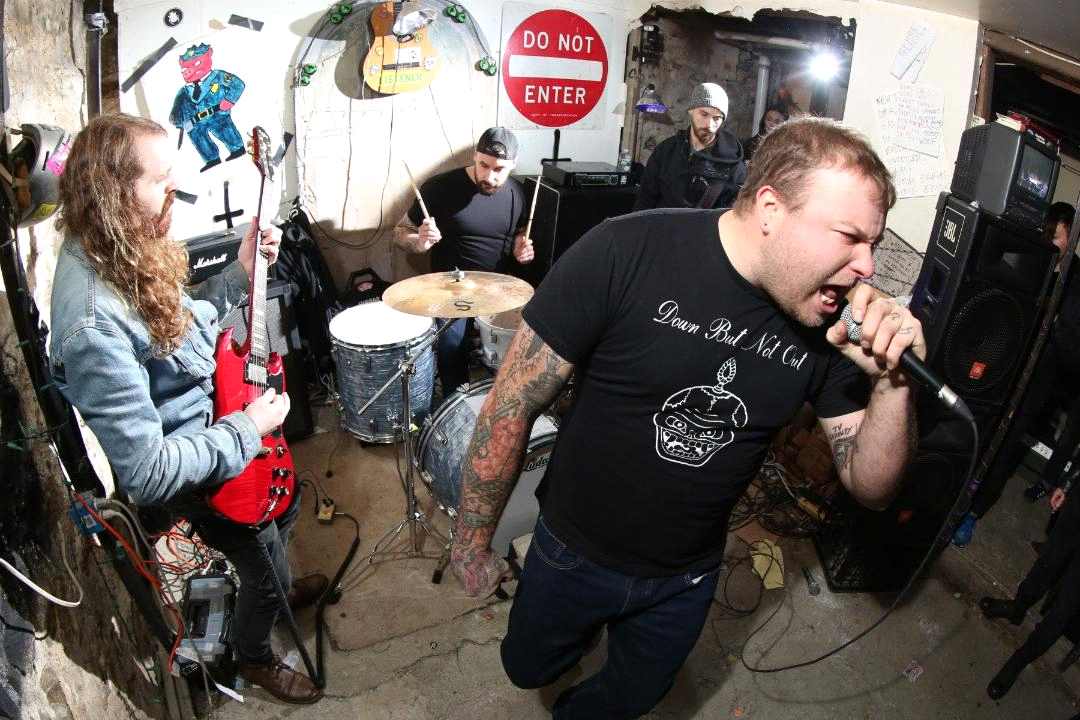 5) Being based outside of Boston, do you find that it’s a different scene?

(B)-A little bit. It’s mostly the sound/style of bands that differ, but not by much.

(J)-Providence and Boston are widely different places. I hope we aren’t lumped into one or the other because playing gigs in both rules.

Brendan-There aren’t as many local shows in New Bedford or Fall River as there were in years passed. Fall River went through a time period where we were having HUGE shows at a large rental hall run by the FRPD of all things, years ago. Everyone from Bane, Between the Burried and Me, Alexisonfire, The Ataris and dozens more came though. I could show you some old show flyers that would blow your mind! New Bedford is still churning out tons of great music, and there are various extentions/connections to that in the nearby area. Brian and Atomic Action a few minutes down the road in Middletown RI, and Trevor Vaughan and his 3,427 bands as well as his recording operation immediately come to mind.

6) Who would you say is an influence on Gripe’s sound?

Brendan-The four of us have pretty different tastes. My favorite stuff coming up I’ve heard young heads recently refering to as the “golden” age of BHC. I was (and still am) big into bands like Stop and Think, The A-Team,Think I Care, Cut the Shit, Righteous Jams, and Rampage etc, etc.

(Z)- Everyones got their personal tastes but for me it’s basic elements of rock and roll, stripped down and sped up with a groove. Plenty of great bands do that, so it’s more of a “sound” than any particular bands I can point to as an influence.

(J)- So many bands. I would say a lot of earlier hardcore punk. Minor Threat, Bad Brains etc.

(B)-Hard to say specifically for me. I’m sure Brendan gave many examples. 😅

7) What would be the ideal lineup for a Gripe show?

(J)- Playing with friends bands in a basement or DIY space.

Brendan-It’s always fun to play with bands who have friends of ours in them. Always a great time catching up, trading stories etc. But I mean, I wouldn’t turn down opening for Negative Approach ether. 😉

8) Do you share songwriting duties? When writing do you focus on one event/person and use the process to vent how you feel, with that being said, who is “Hypeman” about?

Brendan- Zach and Joey handle the riffs, but we all sort of contribute to the music end of it one way or the other. Brock always seems to automatically have the drums pre-structured in his head on demand and ready in like 20 seconds after hearing a riff for the first time, which is awesome. I handle the lyrics, Zach usually proofreads them.

“Hypeman” isn’t about a specific person. Those who know me, and knew me before this band, know I grew up going to shows from a very young age, like 11-12, and about 8 years ago, for a bunch of reasons, I found myself growing increasingly disillusioned with the local hardcore scene. I felt like there were a lot of really good bands coming up that just weren’t getting the attention they deserved because their members weren’t on the A-list, or as well known from their past bands, or because they didn’t have catchy/flashy merch made up etc. I felt like there was a period where it didn’t matter what your band sounded like, and that it was all about who you knew, or what your shirts looked like, or what label had stepped up to put out a record for you. I had just had enough, and chose to focus my energy on my career and finding other ways to improve life in general. Coming back into it in 2019 has been refreshing because I don’t feel like these invisible barriers are as prevalent as they once were. A part of that might also be that being in a different phase of life, where my world isn’t revolving around shows records and fanzines. I don’t know. To be frank, I went to see The A-Team’s Xmas gig at the middle east last year, where I got to see my friend Keith’s band, Restraining Order for the first time. I’ve known Keith for years, our old bands played together a bunch, but I hadn’t caught his new band until that night. They single handedly re-lit the match for me and their new LP fucking rips.

(J)- Everyone in this band contributes to our sound. I wrote the riff of Hypeman after I met a pug that got kicked in the eye by a horse. Hypeman is about the struggles of the Pug.

(B)-Musically, yes, we all share songwriting duties. Most times Zach or Joey will have riffs already in mind and I will piggyback on them. Sometimes I’ll mouth guitar parts and they do a great job of bringing them into existence. Lyrically, you’d have to ask the yelling man.

9) The band seems to be made up of what some would consider “old heads”, with all of life’s responsibilities, how important is it to stay connected to hardcore?

(J)- Staying connected to hardcore is important because it was a huge part of our youth. It’s fun to get to relive it later in life. We are old, fuck it.

Brendan- Hahaha it’s weird to be considered old heads, I feel like there’s people and friends in other bands way older than us. I don’t feel like it’s important in the sense I did when I was younger, and honestly for me, it’s refreshing. When you’re not taking it as seriously and just creating because you love the music and you love hardcore, it just feels more organic and significantly less stressful. Zach, Brock and I have all played in other bands together in the past so hopping back on the horse came like second nature, and I knew Joey from the Providence scene and some mutual friends. I also really really dug his songwriting in his old band Lowlife. We got a fair amount of favorite bands in common too so it just works.

Brendan-Like I said earlier, I feel like right now is a really cool time for Boston and hardcore, there are so many good bands, and in those bands great people who keep laying it down, cranking out jams. Shout out to Pummel, Vantage Point, Kind!.  Fanzines are making a huge comeback. Shout out to Renee @ Carrot Cake, she did a sick freehand sketch of an early promo photo. Cedrick, Nolan and Peace Test, and YOU for taking the time to put this interview together! Thanks Dude!

(J)- Shout out to the young kids starting punk/hardcore bands and going to shows. 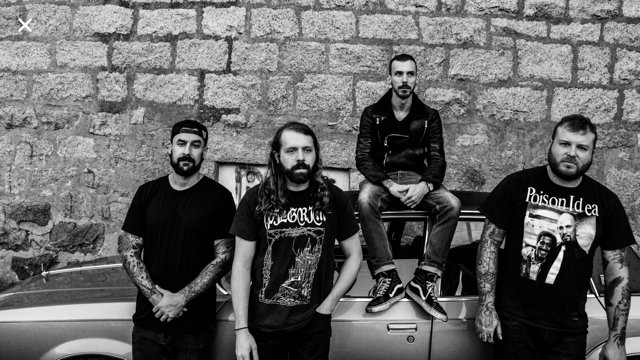 Listen to Gripe at https://gripema.bandcamp.com/

Watch GET INTO IT! at https://www.youtube.com/GETINTOITwithJasonHook