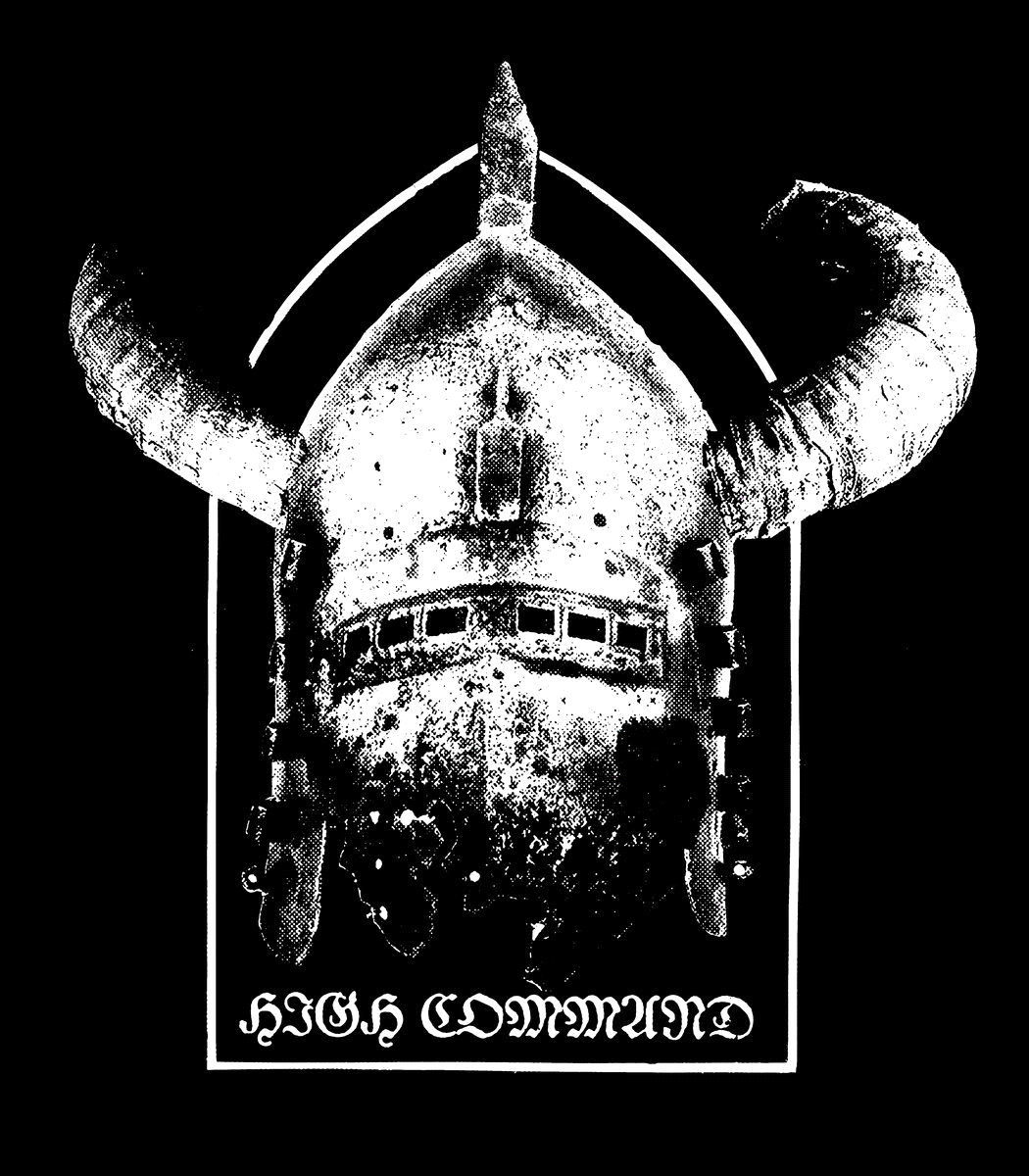 This interview is with Ryan McArdle, lead guitar player of High Command. High Command is a Thrash band from Worcester, Massachusetts. The band recently released, “Beyond The Wall of Desolation” and it absolutely shreds. When/if Coronavirus ends, go see them live and thrash hard. GET INTO IT!

RM – My name is Ryan McArdle and I am the lead guitar player/only guy with short hair in High Command.

2) You guys recently released an LP on Southern Lord after putting out a demo and a two song EP. How did you get in touch with them? Any plans for future releases?

RM – Back around New Years of 2018, I had just got back from vacation visiting friends in Texas. I got home the airport and checked my email and lo and behold there was one from Greg Anderson telling me he was stoked on the band and he’d love to work with us at some point. I guess a few different people had recommended us to him. It was kind of a surreal moment, he definitely has curated an eclectic and legendary amount of bands with his label. It’s cool to be counted among them. Without giving too much away this is definitely just the beginning of the High Command/Southern Lord partnership.

3)The band did a Fall tour with Enforced. Any plans for a full U.S. or Europe run?

RM – Well we did have a bunch of plans but Coronavirus decided to say otherwise. I can tell you this though, once this gets sorted out, there will be nowhere in the world safe from us.

4) Worcester seems to be a breeding ground for stark raving mad metal maniacs, why do you thing that is? I know bigger touring metal acts skip Boston and play the Palladium while Ralph’s picks up the smaller shows. Does that cultivate an involved metal scene?

RM – Thats a good question, Worcester has really always marched to the beat of its own drum. Maybe it’s a sense of pride in that it’s a shithole but at least it’s OUR shithole. We definitely are blessed with an abundance of willing venues in our backyard. Kevin Ord at Codex Obscurum really puts in a ton of work bringing national/international acts to Ralph’s. I think in general Worcester just appreciates when things happen. There can definitely be long stretches where we get stuck in the doldrums of monotony, so when a show comes through we gotta make it count.

5) I have noticed that the crowd at your shows is a good mix of metal heads and punks. Do you guys think it’s good to have a diverse fanbase going nuts whenever you play?

RM – Everyone in this band got their start as punks/playing in punk bands. Even though we love Metallica and Sepultura, we just can’t stop pretending bands like Discharge and the Bad Brains are also the best. Sometimes influences like those shine through in our songs and I feel like a lot of people pick up on that. We try to make our shows as inclusive as possible so I think it’s wonderful that people from different walks of life come out and have fun.

6) The art that the band has used for cover art and merch seems to follow a certain aesthetic. Is the whole band involved in picking out designs? Also, please reprint the longsleeve with Jack Sabbat art in a 3XL, I am kicking myself for not getting one.

RM – Our frequent collaborator and unofficial 6th member, Ryan Jarvis ([email protected], @suture_and_soil on IG) has spent countless hours going back to the demo days, crafting a cohesive and linear visual component to the band that tells as much of a story as the lyrics themself. A meticulous madman with the x-acto knife, Jarvis takes Kevin’s (our vocalist) lyrics and masterfully constructs his own thematic portrait, from the front cover down to the center labels, of the arcane and secret. While influenced by some of the more striking punk artwork of the 80’s (a la Crass, GISM, Amebix) I feel as though his art has transcended beyond genre definition, resulting in works that are strikingly unique and unlike anything else out there. I also have the distinct benefit of being one of his best friends so he has to put up with me when I’m being a pain in the ass.

Other than that, I am constantly scouring the depths of Instagram, seeking artists that I find visually striking. When we collaborate with someone I usually send them some lyrics and give them as much freedom as possible, I love seeing what others visual interpretations turn out to be.

We are also lucky enough to have a drummer that runs his own print shop (@negativepresspvd on IG) so constantly having new shirts etc., is never an issue. 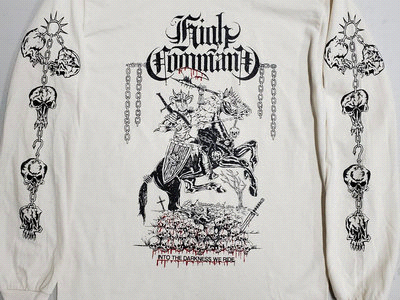 7) Do you prefer a larger venue with a more professional set up or a packed smaller club? Pros and cons of both?

RM – If I had to choose, I’d probably go with the packed smaller club. Nothing beats the mayhem that ensues when a limited capacity place is filled to the brim with maniacs. That’s not to say we don’t like to strut our stuff on the big boy stages though; they usually have the benefit of reaching an extended audience that otherwise wouldn’t have been there to see you and usually have a much better audio set up. 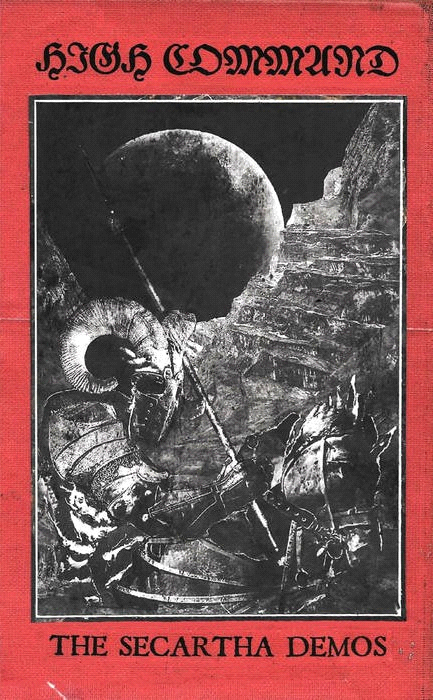 8) What are you currently listening to? What’s a band that is getting slept on?

RM – Final Gasp is absolutely incredible, that Chubby and the Gang record has been on constant rotation lately, Protocol “Bloodsport” is a total banger. I really dig a lot of the country western revival stuff coming out lately, Charley Crockett, Colter Wall, Denzel Curry, DaBaby, Travis Scott when it’s party time. I don’t really listen to a ton of metal that was recorded after the early 90’s but for my limited knowledge of new stuff I definitely dig bands like Malleus and Magic Circle.

9) Do you feel that it it hard to survive as a band in 2020? Clubs/Venues seem to be closing left and right, music is stolen off of the internet etc., etc. Will the metal scene thrive because the fanbase cares?

RM – This whole Coronavirus Pandemic is absurd. It’s hard to tell what the future will look like right now but if I know one thing for certain, it’s that heavy metal will never die.

RM – If you’d like to support us and pick up some merch head over to: 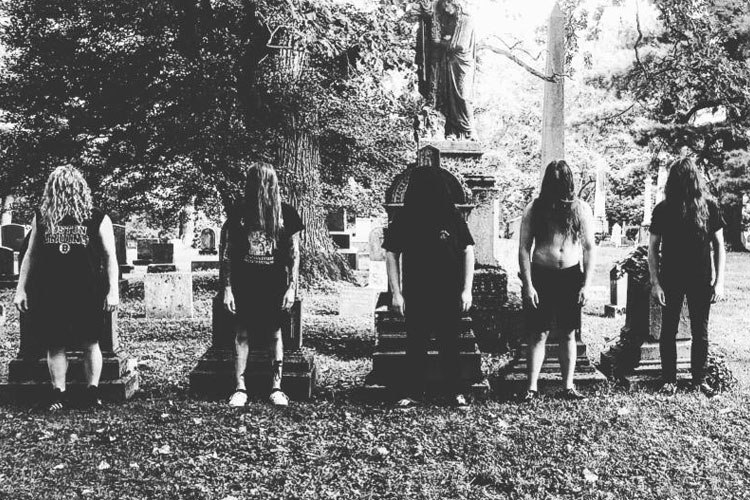