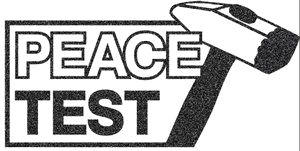 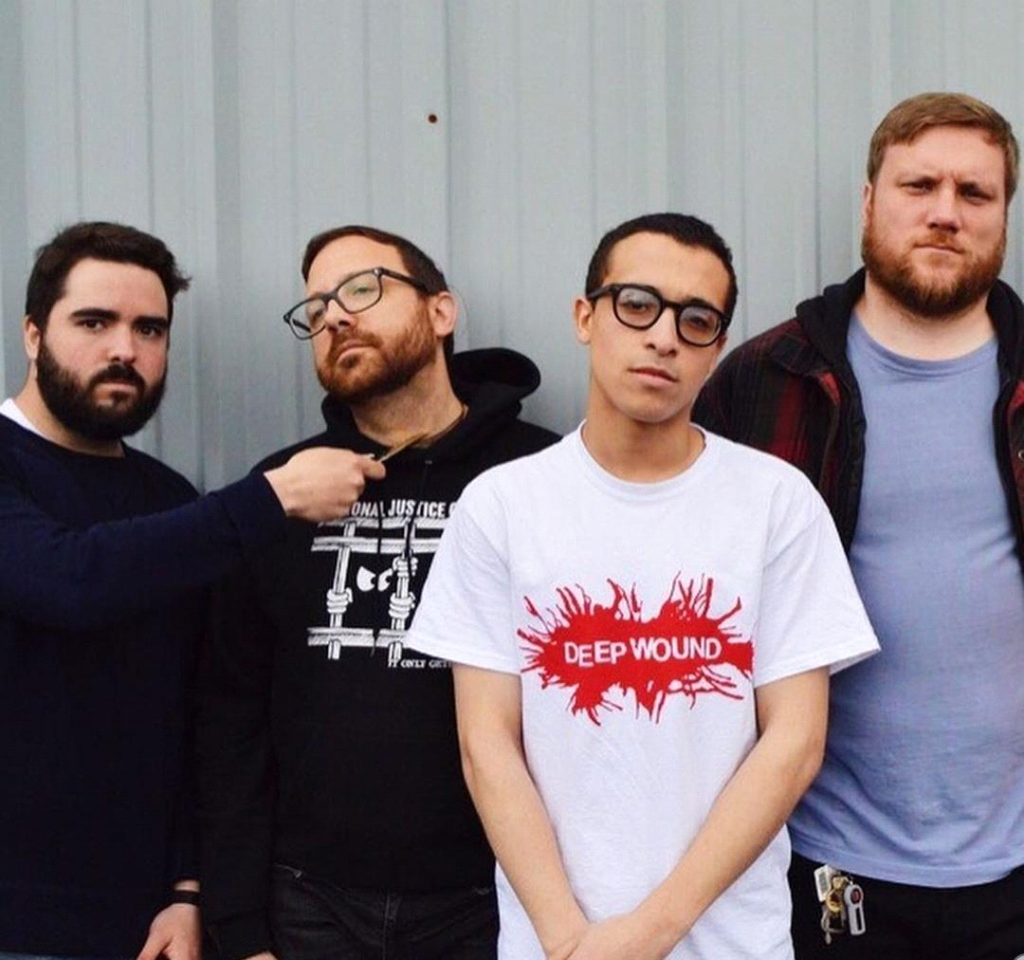 Jeff (J) – I tend to argue a lot, drive Nolan around and occasionally play drums.

Matt – I play guitar in Peace Test and supply all the gear.

(N) – Working on a full length currently then will go in to record probably early 2020 with Trevor Vaughan. We have no plans of touring ever, we’ll do a weekender here and there but, we’re all adults with careers with the exception of Cedrick, I think he’s like 14 years old (?) .

(J) – Like Nolan said, we’re writing for a new record now, going to be playing shows around the New England area and despite what any other dipshit in this band says, we’ll play the West Coast or England or something like that. As adult – ass mother fuckers we can justify that with vacation time.

(M) – We are actually working on another record that we are going to record up north this winter in some secluded cabin. It will get weird. Touring won’t happen beyond a weekend here and there. Maybe we can get all of our schedules in line to do a week in the future. Who knows.

Matt – Demo and Promo were recorded with Nolan and Trevor long before I was involved. We’re working on writing now, so I basically just listen to records, churn out shit and hope something sticks. I guess we’ll find out. 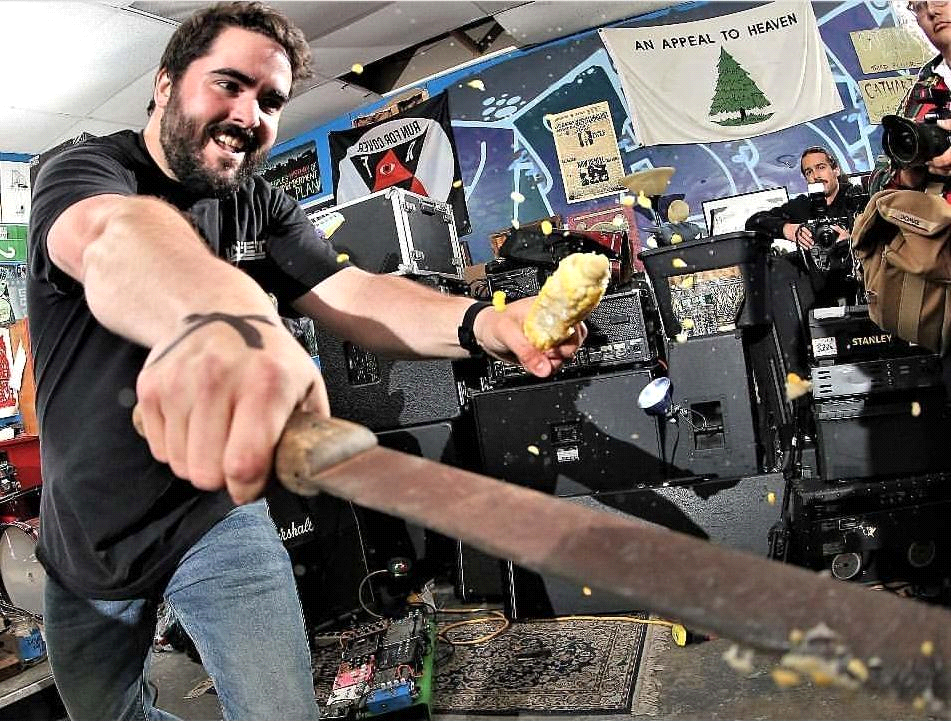 Matt – Best gig was probably one of the shows before I joined.

(C) – Playing with Outburst was dope. I got wild that night. Drank some Martinelli’s sparkling grape juice, took my shirt off, and had me a good time.

(M) – In my past I’ve played with some of my favorite childhood bands, I’ve played some of the bigger hardcore fests, and I’ve played shows to 20 kids in a double wide trailer in Chattanooga, Tennessee. Every show is unique and equally as enjoyable/disappointing in its own way. At this point, I have no expectations and tend to appreciate every show for what they are worth.

Matt – Well I’m sure that is yet to come.

(M) – Any show where Nolan or Jeff’s dick accidentally falls out. Tends to happen more then you’d hope. Todd Pollock seems to catch it on camera everytime.

(N) – Some gig in New Hampshire, good bands! No show is worth a drive longer than an hour for a 12 minute set.

(J) – So far the NH show where Nolan puked in my car on the way back.

(C) – The first show that I played with Peace Test was rough. It was at our practice space. I didn’t know any of the songs as well as I should have, so I was stressed as hell. It was still cool though. Nolan brought a rusty machete out and started swinging at fools.

(C) – Playing with Negative Approach would be wild. I haven’t really thought of any bands that I absolutely wouldn’t want to play with.

Matt – It’s hard to really say anything after getting to open for Infest and Wound Man. I’d really like to play with Tortured Skull from Western Mass soon. I’m into their super dirty metal punk shit. I’d really hate to play with any of the myriad bands that “started” as a hardcore band and now play some super weak My Bloody Valentine indie rock garbage. Also, any of the new hardcore bands that seem to take more influence from garbage nü – metal than any hardcore band. Sounding like fucking Mudvayne meets a pair of cargo shorts.

(N) – One of the very few goals for this band was to play with Infest, and we did. It would be cool to play with Youth Of Today. Nobody in particular I wouldn’t want to play with unless they have a real scumbag among the group.

(J) – Who I’d like to play with: YOT, Lust for Youth, Mogwai, The Specials, Chromatics. . . most of these crowds would hate us, but I’d be stoked to punish their fans. As for bands I don’t want to play with? Any band better than us, but thankfully those don’t exist.

(M) – Any show with some solid friends. 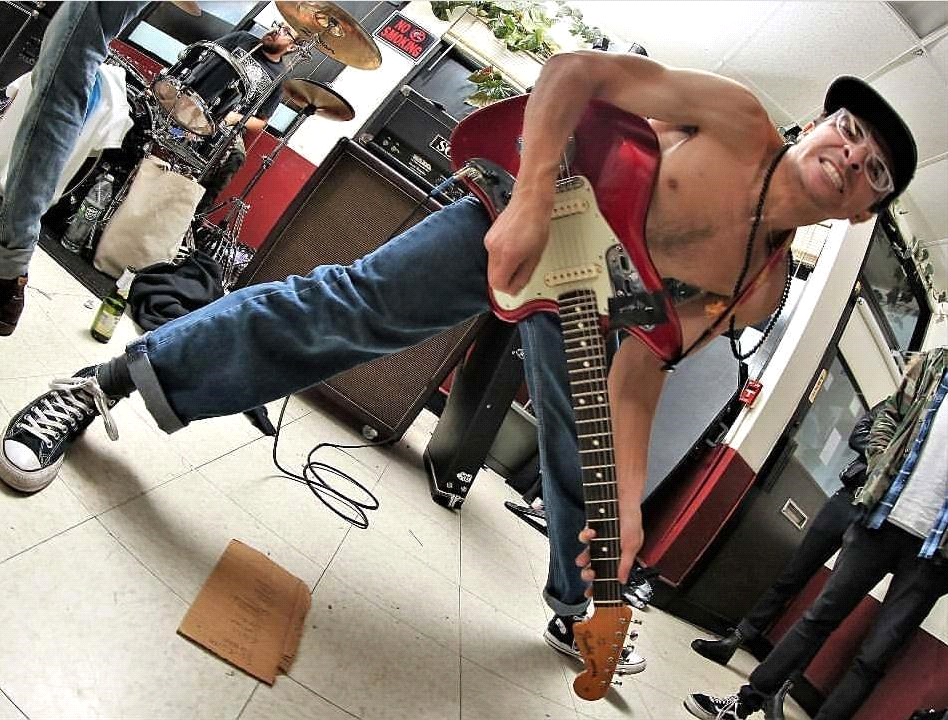 (JH) – Is there a central person or event that you focus on when writing a song?

Mitty:  Bass – I’m essentially the parent of the group who keeps these idiots focused/structured

Jeff:  Drums – the batshit crazy parent who people listen to because he’s old and we respect our elders. But noone really actually listens cause you know. . . he’s Jeff.

Nolan:  Vocals/dreamer – he’s the brat that we hate / love / hate. He has the ideas and we make them into songs.

Cederick:  Guitar – he’s the neighbor that showed up one day and never went away. We really need to change those locks.

Matt:  Guitar/talent, he’s the weird uncle who shreeeeeedddds. He supplies the band with 80% of the gear (Cederick 99% of his gear. Ced just bought a cable the other day)

(N) – My Mom beat me with a garden rake once, I like to travel back to that moment when I’m writing lyrics. She’s really cool now though.

(J) So, I just smash on shit like an uncoordinated primate, so I’m getting my frustration out, but I helped with the lyrics on Fixed and just hate basement dwellers who refuse to look in the mirror.

(C) – I clear my mind completely when writing a song. No thoughts in my noggin except for what I’m going to eat next.

Matt – Not really, certainly in the moment things going on have an impact but nothing specifically.

(JH) – Why has Rhode Island Punk/HC always been more unified and more relaxed than Boston?

(N) – I can’t really be the authority on this one but, Boston sucks and the bands there have more pressure to outshine each other. Boston has a ton of good bands and A LOT of bad ones over the course of it’s “hardcore history”, Rhode Island as a whole has maybe like 10 good bands ever so, I think it comes down to less competition. The only competition in Providence is who has the better basement.

(M) – Size. Everyone knows everyone in RI. You know how many shitty shows I had to go to because someone was related to or fucking someone I knew? What are you going to say. . . that 15 minute drive across the state is too far? The only way out is becoming the town drunk. Don’t drink and drive kids.

(J) – RI is a weird one, the same 15 people play in all the bands and it’s been that way for as long as I have lived here. . . but I think a bit less overt racism compared to Boston just pushed the arts community forward. It’s definitely helpful to have a long running venue who pushed mixed bills for a long time too.

(C) – I don’t really know. I think there’s just so much going on in Boston, so it’s easy for things to get overwhelming. Too many people with big egos.

Matt – Honestly not informed enough to speak on this, I try to stay out it I guess.

(JH) – Whats up with Pizza Strips and Coffee Milk?

(M) – You never realize the uniqueness of your state until you live somewhere else. They’re great. Don’t be weird about it.

(J) – Both trash. Cold sauce bread is awful and I’d rather drink bleach than milk. Though I used to work in the building next to Autocrat and it smelled pretty okay when I’d leave work.

(N) – Pizza Strips are peasant food and Milk is repulsive 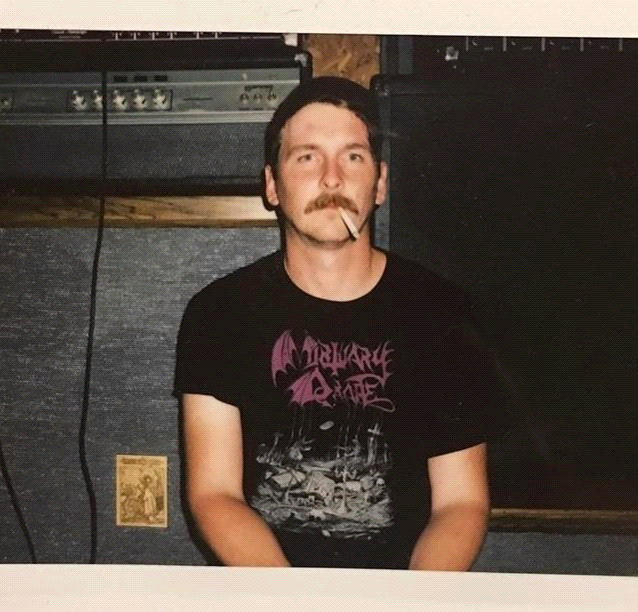 (C) – Nolan, Jeff, Mitty, and Matt. They always clown me for no reason.

(N) – People that pick and choose their crusades when it benefits them. A lot of Scumbags still kicking around parading as positive figures.

(J) – Personally, any shit bag that looks at me wrong. As a band, every shit bag, period.

(M) – Greaaaatttt. I can’t wait to see what the other idiots wrote here. You know it’s a fucked up world when I’m the voice of reason. It’s not a good look for me.

(N) – Shout out to: Trevor, Heather and Brother. Brian at Atomic Action! Records. Ben at Armageddon Shop. Zach Silvia. Put Downs: Anyone who takes Hardcore or whatever I say too seriously.

(C) Shout out to: My family, Ziggy, Hope, the crew, Hoodlum Records. Put down: Incels. Y’all some dweebs. Karate – moshers – get outta here.

(J) – Big ups to Brian Simmons, Ben Barnett, the Vaughan’s, Smitty get dead to Mitty, all the scumbags in the Providence and Boston scene, dipshit bouncers who seem to think that it’s okay to manhandle. 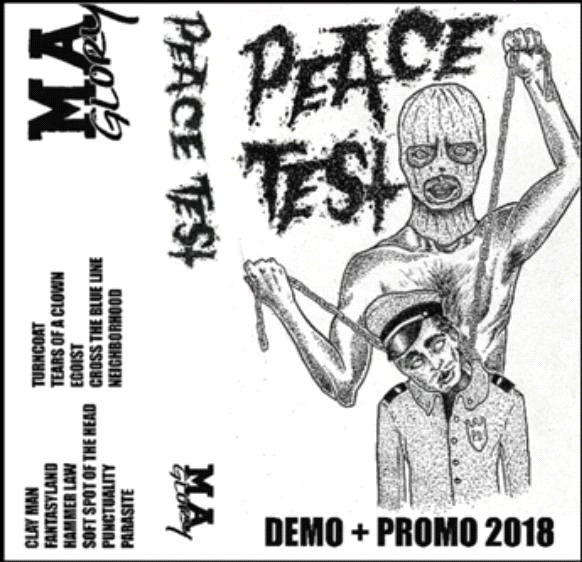 Check em out on bandcamp https://peacetest.bandcamp.com/ and on Instagram https://www.instagram.com/peacetesthatesyou/

Watch Get Into It! https://www.youtube.com/channel/UCZMi3qReyhZVRlQz1pQo3Jg