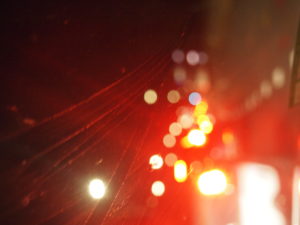 It’s 730 AM. Premium quality sunlight streams in through the window at no extra charge, and you begin to lift your heavy lids. The day is upon you and it’s up to you to make it a great one. A feeling is beginning to settle in your gut that you can only describe as “store brand.” It’s a little knot in the floor of your heart, something similar to watching a celebrity you used to admire for her wit and attitude star in a series of ads for laxative yogurt for older women. It makes you think about how, in a way, we’re one creamy spoonful away from the edge of the void. But you’re convinced that this is perhaps a tad too desperate a notion to share over weekday brunch.
And besides, there’s no time to tarry, for we live in the future! Wipe away the cares of yesteryear and throw aside the blinds! In a nationwide war waged by similar soldiers of fortune, you are one of the most fortunate. You get to live in HQ2.

As you make your preparations for the day, brushing your hair and teeth, it’s hard not to feel a bit clumsy. Ever since you moved into your- what did the realtor lady call it again? A convertible demi-studio?- you’ve felt like a tottering Gulliver, pitching and weaving over the Lilliputians, and it’s not just because you live on the 37th floor. You can never seem to maneuver your hands around the shiny chrome cabinets and drawers in order to pull them open on your first try. Still, your new place is a point of quiet pride. It’s much better than Emily-in-PR’s. Besides, she’s like ten whole blocks from a Whole Foods, and forget about the T! No, you got the better deal for sure. On your way into the kitchen, you slip on the over-polished floor and knock down a whole shelf of scented candles.

On your way out, you can hear Alexa tell the Roomba that she thinks your ass looks fat in those pants. To your dismay, the drone agrees. You should never have accepted the Drone Package from work when they offered it. All it’s ever done is egged the other gadgets on, not that they needed much encouragement. And they’re not quite like humans, are they? They don’t eventually get bored with being ignored. They don’t get bored with anything. You envy them.

A quick stop, and then this Indispensable Team Player is off to work, where every day’s the weekend and there are no days off. You go up three blocks and over five, and soon you’re at Whole Foods. You’d briefly considered going up six blocks and over two in the other direction, but that Whole Foods has the cashier you don’t like. He used to work at this one, but then he transferred back to his old store so now you can come here again. Besides, it’s closer to the T.

Ah, the T. There’s a new station being built on every block, it seems. Or at least that’s what it looks like. There are crews of MBTA workers wearing vests in every shade from yellow to green-yellow. There are drone-operated machines for digging, for picking up objects, for sorting through rubble, and for handing out styrofoam cups of Dunks. Yet nothing ever seems to get done. To be fair, it’s early December, and the construction has been postponed since August in preparation for the snow.

The queue at the Make-Your-Own-Acai-PowerBowl station at Whole Foods was relatively short today, which means the line out the door isn’t too long at Government Center. Your fellow commuters happily scroll through their phones, breath condensing in the chilly air, each lost in his or her own private world as she waits for the line to progress up the block. A feeling of serenity washes over you, but the back of your mind knows what lies ahead. Privately, this is your favorite time of day, the calm before the storm. But soon enough, much like the little hands on your watch, these commuter’s feet will march forward. And then the coziness of the cool air will be replaced by the sweaty din of the station. You hold your breath, and you’re in.
Inside, frantic-eyed MBTA workers with megaphones and light-up batons beseech the throng of people.
“Please, folks!” One worker cries, waving her baton high over her head, “Try to make a line ovah this way!” She is ignored, and you watch her crestfallen face as you’re carried by the crowd through the first round of metal detectors. You find yourself thinking of the woman’s accent. Growing up, all the adults you knew dropped their Rs. Some even pronounced “banana” with an added “-er” at the end, which made you giggle. You don’t hear that so much anymore. The other day you said “dontcha know” at the end of a sentence like a goddamn Midwesterner.

Work is only two stops away, but it takes an hour and 45 minutes to get there and the whole time you’re pressed up against the window of the train, arms locked against your chest. After that, it’s another twenty five minutes in line to tap in at the entrance of the Compound, and then another twenty to get to Lot 5, which is reserved for the advertising department, human resources, and PR. You see Emily-in-PR walk in before you, and call for her to hold the door. She pretends not to hear you. In the elevator, you’re forced to listen to her fake a phone call with a friend about how the company is giving her a self-driving car.
You left three-and-a-half hours before work started, and somehow you’re still late for your 8:15 meeting. Nobody enforces these things anymore, anyhow. Everyone knows how bad the T is these days. And besides, your office admin is a drone.
Today’s meeting is being held in the ballpit. You hate the ballpit because there’s no way to comfortably hang suspended in the balls while also balancing your laptop and coffee. Still, it’s waaay better than the sandbox, so you consider yourself lucky. The meeting is well underway as you slide in, and you listen as your fellow Impassioned Content Architects lob pitches for next year’s Christmas copy. Without having anything to contribute, you resign yourself to writing down what everyone else is saying.

“I’ve got one: Fifty Shades of Merry.”
“Cozy weather and ugly sweaters!”
“People should know that we’re here for them when they forget to pre-order Kwanzaa candles.”
“Nöel is a non-denominational term, right?”

And before you know it, it’s time to tap out. You know you must have spent the last eight hours working, breaking at 11:45 for brunch, attempting to spread rumors about Emily-From-PR, and popping caffinated gum, but you can’t seem to remember it. In fact, it’s hard for you to remember anything you’ve ever done at work. The most vivid memories you’ve made since starting up here are the ones that involve grabbing your coat and pressing the ‘down’ button on the elevator.

You promised some friends from work you’d go out for drinks with them. There are idling shuttle-busses in the parking lot every day after work, and a lot of them go straight to the bars that your friends like. You don’t have a membership with them, though. No matter how bad the T could get, it can’t be as bad as $150 a month. Tonight, your friend from HR, McKartney (or was it McKayleigh?) has graciously offered to spot you. In the violet dusk, you can barely see the sleek black machine but you can smell the exhaust and watch it rise, illuminated by the lighted windows of those unfortunate enough to have to work late.

Your drinking buddies this evening consist of McKartney, McKayleigh, Noah-with-an-H, Noa-with-no-H and the Emmas, and you’re going to try a new place a few blocks away from the Compound. To your group’s dismay, there’s a line out the door. The second place you try, known for their vodka infusions that taste like different salads, has a wait-time of 3 hours. The third place is closed for a private event. You squint inside and you can see your boss and her boss and so on upward. The group, never to be deterred as long as drink is involved, suggest that you all go to the Whole Foods up the block and try the beer & wine section. You all go in on a few bottles of nice rosé, which you split between the seven of you, shivering, in the parking lot.

“Know which departments are getting bonuses this year?” Noah-with-an-H asks.

“Know what they call a dyslexic, agnostic insomniac?”

“A guy who stays up all night wondering if there is a dog.”

“You should let me tell the punch-line to my own jokes, man.”

“Is there any more wine?”

You sigh and your breath condenses. You wanted to be drunk enough not to feel the cold but you know you’ll never be able to accomplish that with Whole Foods rosé. You excuse yourself to go brave the train.

And finally, gloriously, home. Today has been extra taxing although you can’t exactly enunciate why. You ask the drone kindly if it’ll pick you up some dinner at Whole Foods, but it ignores you until you threaten to pour water on it. You can hear Alexa tell the Roomba that you’re embarrassing yourself. The Roomba reminds Alexa that you’re always like this when you drink. Once the drone returns, it makes sure to spill half of your soup by “mistake.” You know perfectly well that machines don’t make mistakes. It knows you know.

A few episodes of TV and then it’s time for bed. Good thing your favorite streaming service comes free from work. You’re in the middle of a show about how streaming shows are made. A power surge happens right when you’re getting to the good part (post-production!!) and you’re forced to fumble around for the scented candles that you knocked over earlier. Right as you begin to get sleepy, the lights come back on, but you don’t feel like going back to the show. Instead, you lie in bed, in a haze of different candle scents, and look out the window at the night. It’s 11:30 PM.

Beneath twinkling Christmas lights, a few straggling merry-makers hurry back to their apartments. You can’t hear them laugh from this high up, but you pretend that’s what they’re doing. A billboard for your company looms in the near distance, emblazoned with the words “Let Us Take Care Of Things” and whenever you see it, you feel a jolt of pride for being involved with the great people, the exalted heroes, who grease the city’s wheels and make it hum with industry. And then you get that “store-brand” feeling again and you have to look away. Tonight you draw the blinds.

Do you feel sad? No, of course you don’t feel sad. When you live in the future, there’s just no reason to be sorry for yourself. More than that, there’s simply no time. You’ve been given the opportunity for greatness! The greatest men and women have deemed you worthy of following in their footsteps! So fret no more, Soldier of Fortune, and shut your weary eyes. Tomorrow is a big day, just like the days before, and very likely the days hence. Be not afraid! Cast off your sorrows! You are a trailblazer, a leader, a team-player, a cog, a beacon, a discerning consumer, and best of all, a valuable resource.  We don’t know what we’d do without you.