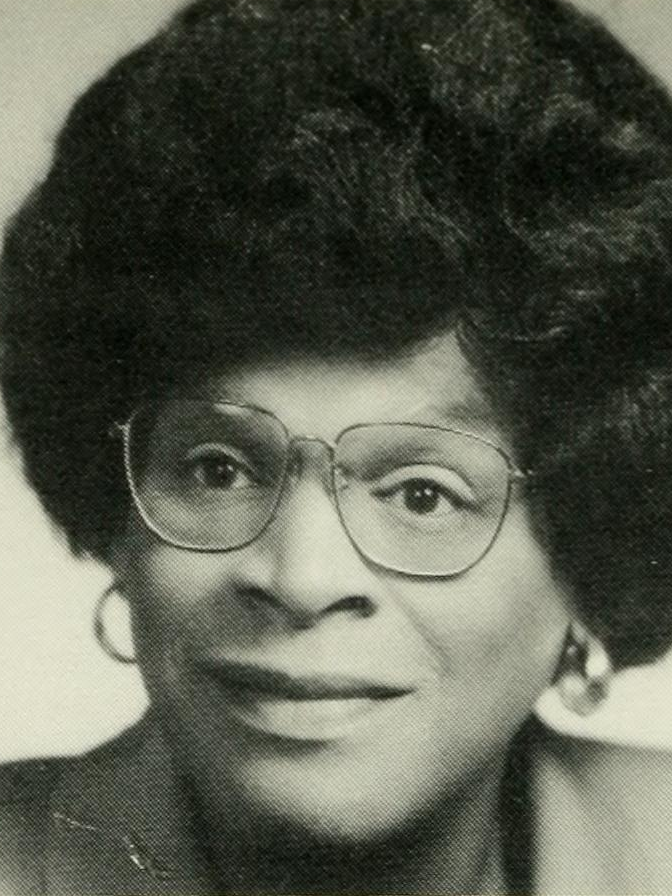 This past winter, when it was announced that Marty Walsh would be leaving the mayor’s office to be Joe Biden’s Secretary of Labor, I jokingly posted on Facebook that I wanted Althea Garrison to run for mayor. My mother immediately called me. “Why would you want Althea Garrison to run for mayor?” she asked, surprised and possibly annoyed. “Don’t you know how backwards her views are?” I did know how backwards her views are, which was why the post was a joke, but my interest was sincere. I would never vote for her, but I would want to know her, am endlessly interested in her. This past winter, while I was waiting for the Orange Line at Downtown Crossing, I saw Althea Garrison on the platform. I felt more star-struck than the time I met Robin Williams while he was filming Good Will Hunting. As far as I knew, it was the first time I had ever seen her in person. She noticed me staring, moved down the platform, away from me. I was embarrassed, felt sorry for making her uncomfortable. I wanted to tell her that, even though I thought she was crazy, I had a strange sort of love for her.

Though she may be a celebrity to me, she’s a pretty obscure figure to most people nowadays, even in Boston. When I mention her in conversation, as I often do, all I usually get in response is, “the name sounds familiar”. For those to whom her name only sounds familiar, or not familiar at all, Althea Garrison is a local conservative politician who was outed, against her will, as a transgender woman by the Boston Herald in 1992, shortly after being elected to the Massachusetts House of Representatives. She is the first known transgender person to ever be elected to state legislature. Presumably because of her outing, and the absolute lack of acceptance in the mid-90s of transgender people as anything other than butts of jokes, she was not reelected. Though I doubt her politics helped.

Althea Garrison was the first real transgender person I ever heard of. As a child, I saw Ace Ventura and was confused and overwhelmed by the fictional villain, the deceptive trans woman who, as trans women have been portrayed as since forever, was really just an evil man trying to get away with evil shit. Between my Barbies being taken from me and my feminity being blockaded at every turn by my father, my natural girlhood was already distant and shameful by the time the reality of transgender people was presented to me. And this presented reality was not the real reality. It was a vicious trope, an ugly lie, a lie that I carried with me well into my twenties.

I remember being at my childhood best friend’s house when his father started lecturing us about how some representative was proven to be a “tranny” and how hilarious and pathetic he found it to be. “That’s it for her, no one’s ever gonna vote for her again,” he said, which wasn’t completely true, but it was the beginning of her reputation as a serial election loser. She did serve as an at-large city councilor for one year, recently, having received the second most votes in the election, after Ayanna Presley was elected to Congress, but did not get elected the next year.

“You used to talk to her all the time at uncle Richie’s cookouts,” my mother told me on the phone. My great uncle, Richie Masterson, is also an unsuccessful conservative politician, except, unlike Althea Garrison, he never won any election. Every summer, he would have a huge cookout at his house near Nubian Square in Roxbury. I always looked forward to it. He always rented a dunk tank and several carnival game booths. I once won a six-foot tall, bright red teddy bear by popping a balloon with a dart. Another time, I was dunked in the dunk tank by notorious douchebag city councilor Dapper O’Neil, who I, as a confused and misled five year old, believed was a great and important man. But I have no memory of Althea Garrison. I assume it’s because, unlike Dapper O’Neil, my uncle Richie, and several other members of the Masterson family, she didn’t behave in a particularly conspicuous way.

“Why would a black trans woman be at someone like Richie’s cookouts?” I asked my mother. After all, he was openly racist. He regularly ranted about how his neighborhood had been overrun by black people. He loved to mock the Asian man who owned the liquor store around the corner. He hated women who he believed didn’t know their “place”. And he certainly hated queers. “They were friends. Richie doesn’t really care who you are, as long as you believe in the same shit he does,” my mother said, unknowingly providing a perfect example of how ideology can often be more powerful than identity. “But that doesn’t mean he didn’t make fun of her behind her back.”

I admit that much of my interest in Althea Garrison has nothing to do with love or compassion, but rather the complicated nature of her persona. While she is on record as referring to trans women at large as “women like her”, she does not identify as transgender and her status as such might never have been known were it not for a malicious Boston Herald journalist. She opposes same-sex marriage. She opposes abortion. She’s a Trump supporter. On paper, she’s easy to dislike. I’ve heard people compare her to the likes of Caitlyn Jenner, another trans woman whose political beliefs don’t seem to line up with her gender identity. But we didn’t see Althea Garrison live a life of wealth and privilege on TV, have all American media as a platform to access national support in coming out. Althea Garrison came to Boston from Georgia on her own, transitioned on her own before the seeds of acceptance had even been planted, was publicly ridiculed and outed against her will on her own. She has persevered against all odds. Do I wish her perseverance looked different? Sure.

Knowing what I know now, that Althea Garrison and I were the two reluctant trans women at my racist, homophobic uncle’s cookouts, I can’t help but feel affection toward her. I simply cannot. To dismiss her into the club of Caitlyn Jenner and Milo Yiannopoulos and other queers who don’t seem to know what’s good for them would be to deny the complexity of my own trans identity. To dismiss her would be to pretend I understand her life and the ways her experiences informed who she’s become. To dismiss her would to deny that my youth and teenage years weren’t spotted with homophobic, transphobic jokes meant to not only minimize my own queerness, but to help me hate myself just enough to stay in the closet. To dismiss her would be to act like I’m somehow above ascribing to harmful values. I’m not. I’m lucky that, in my life, I found supportive people, queer people who lived openly, who set examples for me. What would my life have looked like had such people not entered it? Maybe I would still be going to my uncle Richie’s cookouts. I hope not, but I can’t say for sure.

This Week In Experimental: Volume 65

Hello Experimenters!   Shanah tovah to everyone celebrating Rosh Hashanah. May your year be sweet and full of wonder.   In other…

To mark ten years of its Artist Membership Program, Gallery 263 is displaying the work of twenty of the more than seventy…