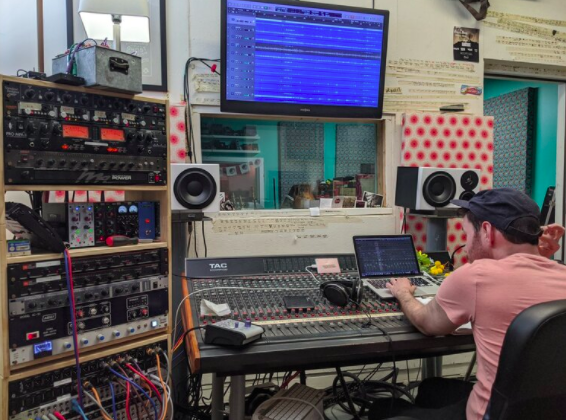 Dan Thorn in the booth at Pink Noise

Pink Noise Studio’s lease at 15 Ward St. in Somerville officially ended March 31st, and they vacated the building for a new tenant who moved in April 1st, according to an interview conducted with Dan Thorn, the lead audio engineer and studio operator.

“​​Sadly there’s another tenant who’s coming in who has signed a lease for after us, so I can’t renew now.” Thorn said in an interview conducted in early February.

Pink Noise Studios started under the name Boca Studios in 2014, when it was led by Parker Crane and Mathieu Cunha. Thorn took the helm in 2015 and worked hard to make the space as accessible and affordable as possible. Thorn ended up creating an amazing resource for hundreds of bands through recording sessions, rehearsal space, and live performances.

When asked about the highlights of his time managing the studio Thorn says ‘Where do I start? I’ve been able to record a lot of like musicians who I’ve considered musical heroes of mine and I was really psyched to host performances in the space, like little DIY shows or album releases.’

About the closure, Thorn writes of the details in a post on Substack, ‘For the last month I was hoping that I could find some kind of partnership that’d make the rent make sense, and sign a new lease at the eleventh hour. Given how recently my landlord had spoken to me about his difficulties finding a tenant to move in after the end of our lease, it seemed like a reasonable possibility. But as of Friday, I’ve been made aware that it’s not a possibility anymore. If Pink Noise exists past April 1, 2022, it won’t be at 15 Ward Street in Somerville.’

Thorn also writes in the above-mentioned post that he asked the landlord to put the space on the market in early 2021, but with little interest in the space, Thorn had to serve out the remainder of his lease.

The closure of Pink Noise Studios is a tough pill to swallow for the local Somerville arts community and the greater DIY scene around the Boston area. Somerville is still reeling from the departure of Artisan’s Asylum and the closure of ONCE & Central St. Studios over the past few months due to the pandemic and an increasingly competitive real estate market in Somerville. 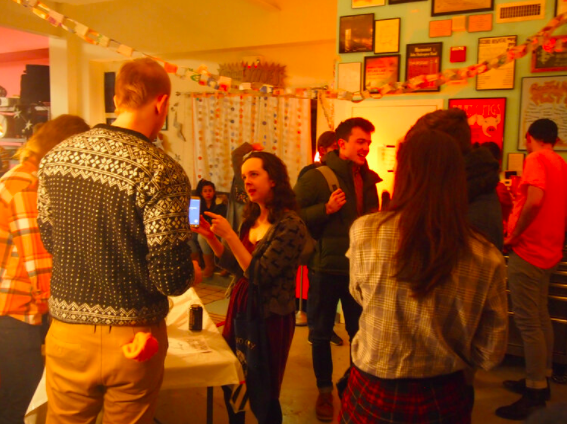 The pandemic, in particular, took a huge toll on Pink Noise.

‘The rent has been really tough for me to manage since the pandemic. It’s a big space and so between rent and utilities, it costs a lot to maintain. So when the pandemic hit I lost a lot of work that I previously would have done out of the space. Most of my income was from recording people in the space or
renting the space out to bands as a practice space. Or having events in the space renting it out as an event space. All three of those things basically kind of ground to a halt in March 2020.’

Thorn’s work as an A/V technician at a tech company in Cambridge helped cover the costs of maintaining the studio for the past two years of the pandemic. But the financial burden, along with the burden of essentially having two full-time jobs was too much to handle.

‘You know the pandemic, I think, has given people a lot of clarity about things that maybe they previously hadn’t examined in their life and when I was sitting at home, I realized that I probably didn’t need as much space to myself as I currently was running on my own. I also realized that just managing that space all by myself, was essentially just like a second 40 hour week job that was really burning me out.’ Thorn stated in our interview.

In the future, Thorn would like to start up another studio bigger than a studio in a spare room, but smaller than the Ward st. space possibly as a co-operative space. He also plans to spend time working on his own music and, as he puts it ‘to take a bit of a breather and see what else I can do when I am no longer spending like 80 hours of my week between my day job and the studio.’ 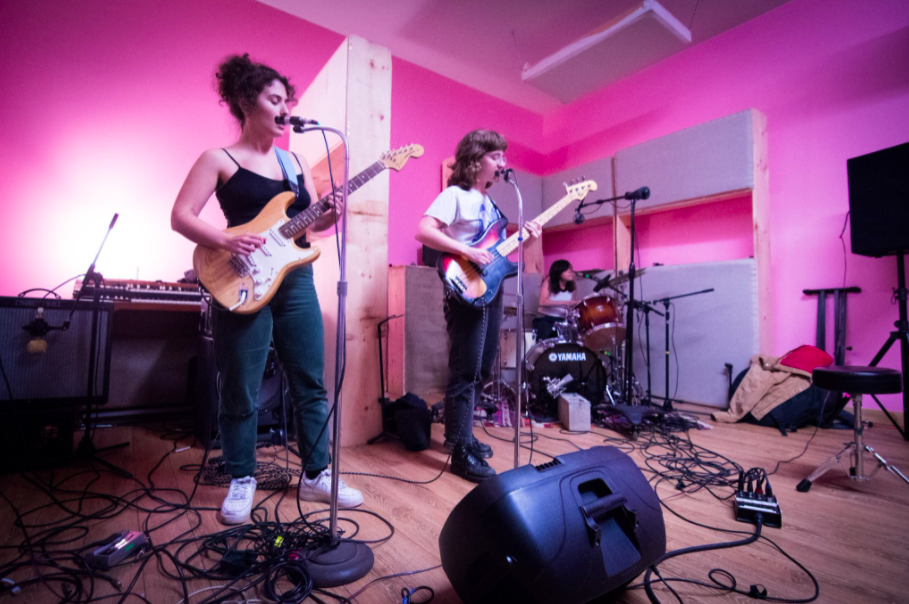