CD Rose is an R&B singer/songwriter from JP. She’s been releasing new singles since March of this year, and her songs “Sacrilegious,” and “Body,” make her SZA- and Kehlani-inspired sound even more clear. Her most recent song is “Jordan,” which came out June 23. However, her friendly and down-to-earth qualities –demonstrated best when she shared her Bonchon leftovers with me when I told her that I’d never had Korean fried chicken before–reassures that she’s still in her early days of pop-stardom. I sat down to chat with CD Rose a bit about her music, and here’s how the conversation went:

BH: I think a good jumping off point would be talking about when you started singing. Are you one of those people who have been singing since they were, like, five, or did you just start a couple years ago, and you were like “Oh my God, I’m a genius?”

CD Rose: Um, I’ve been singing really bad since I was younger, but I think sixteen is when I started writing my own songs. And I was like, “Okay, this is something I might want to try and do.” But I didn’t take it seriously until I was twenty-one. I put my first song out in March, so, yeah, really recently that I actually started doing it. But I’ve always loved to sing.

BH: Do you remember what the first song you wrote was?

CD: I think I was, like, maybe ten. I remember that I was always writing songs at the randomest moments. For this particular one, I remember being in the shower and being like, “Oo, I better get this down,” I was ten years old, and I was like, “I have to write these lyrics down.” I never did anything with the song, but yeah, that was the first one I wrote.

BH: Love that. Let’s talk a bit about your style. Listening to your songs on Spotify, those songs really radiate pop star vibes. Like, “Body,” could be a radio song, right? So, how did you decide that was your vibe? Who are your influencers?

CD: All R&B singers, honestly. Everything coming out of female R&B artists right now. Like, Kehlani, I talk about her all the time, she’s one of my favorites. LMA, Summer Walker are artists I really look up to. For songwriting, someone like SZA is my favorite songwriter. But I guess, as for style, I look up beats on Youtube and create my own melodies from that starting this past year, when I was really trying to do it. And that’s how I was influenced, by the rhythms of R&B and the pop/alternative type of style. 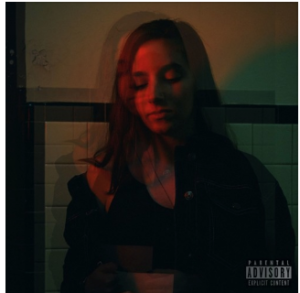 BH: That’s awesome. So, any plans for new music coming out? A new EP coming out soon? Do you know the if, when, how of it, what the style will be like, the title, any of it? If it’s too soon to share, that’s totally fine.

CD: The title is to be determined, but is somewhat known. The vibe of it, for me it’s really important that the vibe is full of my own energy, and isn’t trying to be anything. That’s kind of what I’m trying to do with this EP, without giving a lot away, there’s a lot of fluid ideas throughout it.

BH: Cool! So, a big part of Hassle’s thing is talking about local Boston musicians, and how being from Boston influences your music. Are you from JP, like, born-and-raised JP?

BH: Cool! Was there anything going on in JP or in the Boston music scene, that you saw, and were like, “I should do that?”

CD: So much, but also, like, not enough. So I think that, like, there was so much going in the Boston music scene, but so little exposure for artists. I think that, like, especially with what you guys are doing, it’s such a needed thing, especially in Boston, where there’s so much going on, but not as much being talked about, in some ways. So I think, with music, it acts as a creative outlet for yourself, but also for art in general, it’s very important.

BH: That’s awesome, that’s definitely what Hassle’s about. Let’s jump to a totally different kind of question:have you thought about wanting to tour, as an artist? Is there someplace specific you’d like to perform?

CD:I haven’t been there since I was seven, but my family is from there, so I’d love to go back. [laughs] Oh yeah, I have a song called “Italy,” which, obviously, isn’t out yet, but I’ve played it at a couple places. So I think that performing “Italy,” in Italy would be, like, pretty sick.

BH: That’s awesome. That song’s gunna be on the next EP?

BH: Let’s go back to songwriting. Do you think most of your songs are usually about romantic love? 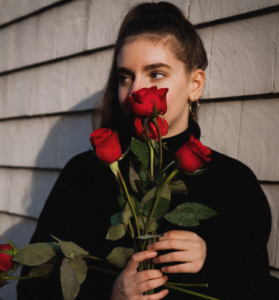 CD: I always, like, try to weave something in to every song I write, because everyone writes about love in certain ways, but everyone can relate to stories of relationships, it could always be about friendship. I write from my own experience, honestly, and, like, imagination. It’s kind of like a mix of the two.

BH: I kind of like that. I feel like songwriters don’t always talk a lot about the imaginative aspect of songwriting.

CD: I start with my own experience, and then I go off from there, into more of a, “what if it went like this?”

BH: What if we did an R&B speedround? Who would you rather do a song with, Beyonce or Whitney Houston?

CD: Whitney. I could never even like, Beyonce is just so next-level, but, like, so is Whitney, but at least with Whitney, I could add a little harmony.

CD: Michael Jackson. Prince’s style is just so amazing, so alternative, so different, that I wouldn’t add anything to him.

BH: [laughs] I should have figured that one.

CD: If Aaliyah was alive, yeah, her. I don’t think anyone has sounded like her.

BH: Cool. Is there anything else you wanted to talk about? 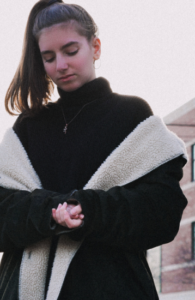 CD: Yeah, I have one thing. I feel like Boston as a whole–or at least while I was growing up–was really dominated by male-dominated art spaces, and I always wanted to do an all-female artist showcase type thing. I feel like that could be something for the city I grew up in, and the artists from here that we could have.

BH: I love that. Any last words on the EP?

CD: In the tape, what I really wanted to emphasize was kind of what it feels like to have a dream, in a lot of ways, to not really know what to do with a dream, but to go through life with a really positive mindset. Songwriting is kind of like, this is a random analogy, kind of like being a kid and climbing a tree, and then finally realizing that they can climb a tree. Like being up high enough, and seeing everything, and know, like, you’re going in the right direction, that was where I was headed with the EP.

BH: How does that dream-like energy, that surrealism you’re talking about, translate into your sound?

CD: With the lyrics, I’m very explicit in what I’m talking about. Like you know how when SZA writes, you listen to her and you’re like “Oh, I know what she’s talking about,” she’s telling a story, right? I want to make it feel surreal and real at the same time, like that.

BH: Has being a woman, or, like, your femininity influenced your songwriting, or your role as an artist?

CD: In all of that, gender hasn’t popped up once. It’s never been, “Oh, she’s a really good girl singer.” Well, in my music, I’m very clear with my sexuality. I sing about girls, I don’t ever gender a guy in a song. I make it clear that, like, love is great, and that it doesn’t matter what gender you are. When I’m writing a song, it’s really about telling the truth, in certain ways. When I do speak about my own experience, it’s very raw, very real.

CD Rose is an upcoming R&B singer from Boston, MA. Keep an eye out for CD Rose’s upcoming EP.