Performance poet, folk punk teaching artist, hip-hop troubadour — Myles Bullen is a jack-of-all-trades with a message. Hailing from Portland, Maine, Myles Bullen is known and loved within Maine’s eclectic performance scene. Among many iterations of tours around the country, he made an appearance most recently at the First Fridays Open Mic in Jamaica Plain as December’s feature artist. On his grind again, Myles Bullen will be making two appearances in the Hub in February: 2/21 at the Lilypad (Cambridge), and 2/22 at the Pao Arts Center (Chinatown). Hassle writer Hassan Ghanny caught up with Myles via telephone. 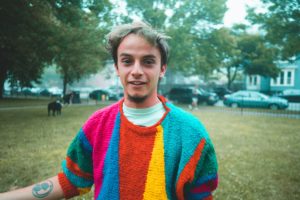 HG: How can artists use their personal narrative to make music that people connect with?

MB: How can they do it? Wow, how do I do it. How do I use a narrative to connect to people… I guess, I’m trying to imagine not doing it, and what that would be like. (laughs)  I feel like creating a narrative through my art was the beginning of why I started making art — it was to tell a story. It was to express things that were going on in my life that were really difficult, and I didn’t have any other platform or any other modality or way of expressing myself. And when I started writing and performing, I felt like it gave me wings. Or it gave me this superpower of being able to express myself and communicate with other people.

And I think the hardest thing to do is tell the truth. And then after doing that, I feel like those are the moments that people gravitate towards. Like, the unspoken truth. Or, like, a hidden story. Maybe something that you might think no one can relate to, is probably the thing that’s gonna relate to the most people. And, uh, it can inspire change — it can inspire other people to open up and be vulnerable with themselves. So I feel like it’s like a tool or a platform that can give people superpowers.

HG: Are you a storyteller who uses music as their medium, or a musician who has a story to tell?

MB: Ooh! Yeah, um, I’d say… I started writing like poems and stories. And, yeah, I think I use music as a platform to tell stories, if I were to self-identify.

HG: What artists influence and inspire you?

MB: Eyedea & Abilities was a huge inspiration to me. I actually met Eyedea when I was 18 years old, and I freestyled with him, and hung out with him a few times. And he kind of gave me a lot of insight into expression and being, like, a true artist. Kind of quitting your day job to pursue this thing recklessly. And, uh, yeah. I remember after meeting him, and after building a bond with him, that my life did change for the better. I started focusing on being more honest and being more vulnerable. And just treating people like people, no matter where you are or where you’re at with your music or art. Like, you know, he was, like, just hanging out with me and my friends — he was one of our friends. He didn’t have a hierarchy about him, or any superior energy, you know? He was down to earth. And shortly after meeting him — I think it was like 3 or 4 months later — he passed away from addiction, you know, addiction-related scenario. And a lot of the things I write about is, like, recovery and addiction and, you know… So yeah, I would say Eyedea is a huge influence to me as a teenager, who inspired me to start writing and being more honest.

I’d say now, there’s so many people that come to mind. I’d say some of my earliest influences for my writing was this Minneapolis group under Rhymesayers… I was really into Atmosphere. And I got really into Saul Williams, he’s like the first poet I was really into. Yeah. Been listening to a lot of Jesse the Tree, he’s a friend of mine. I like him a lot. I’m really into Ceschi Ramos.

So yeah. I’ve been listening to a lot of hip hop and a lot of poets recently because of that. But I also like a lot of folk music. And I like to dance! So I like dancey things that don’t have to do with words. There’s a lot of ways to express, or to get inspiration and creativity.

HG: You’ve performed extensively. What are the most memorable moments of artists you’ve shared a stage with?

MB: I’ve performed with Peter Paul from Peter, Paul, and Mary… (laughs) the folk legends. Yeah, it was crazy. They found one of my videos and reached out to me to do some shows with them. That was pretty legendary… it just felt really out of place, you know, thinking about doing a show with these guys. Because of the types of music they make, and their fanbase, compared to what I’m doing. But it actually worked out really well, and was very well received.

Otherwise, I would say Ceschi is one of the most inspiring performers I’ve seen. He’s just been, like, a huge guiding light for people doing what I’m doing. Um, I really liked playing with Billy Woods. Billy Woods is an incredible songwriter and performer. I did a tour over in the Netherlands with this guy named Joshua, who is a part of the Irrational Library. And that’s a really cool alternative rock/spoken word band. And, yeah. I’m a huge fan of The Ruby Yacht right now, which is this project that Milo leads. Like Pink Navel. SB the Moore. I opened up for Spose and I’ve collaborated with him before.

HG: What can we expect from a Myles Bullen live show?

Catch Myles Bullen this weekend in the Hub at the following shows: 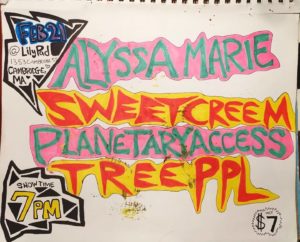 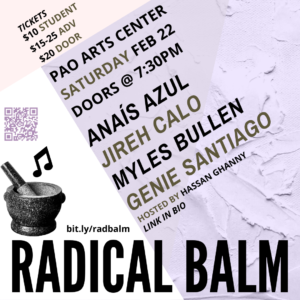 An interview with Sean from Neutral Accents

Sean is the pride and joy of Wapella. One of the minds behind Neutral Accents fanzine, he also has a refined taste…

Live streaming shows toward a solution in the middle of a pandemic.

Worcester MA hessian show booker and organizer's slate has been wiped clean by the Covid.