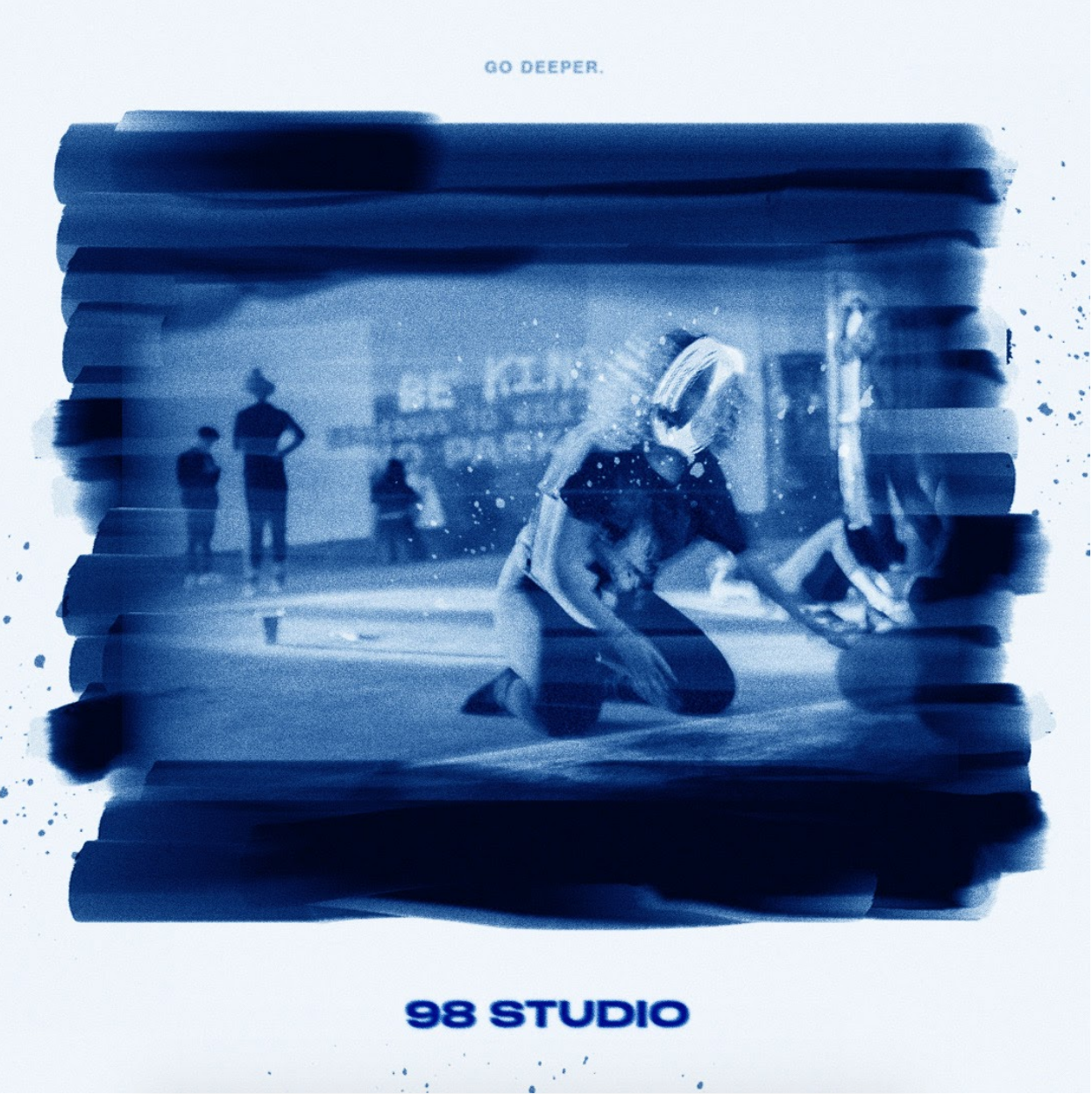 The 98 is nothing if not adaptable. An art collective founded by recent Boston University graduate Mallika Chandaria, The 98 has hosted pop-up galleries in Boston, San Francisco, Paris, and London, exhibiting new work by various artists all born in the ‘90s. I met Chandaria in spring 2019, when we were both studying abroad with BU in Paris. In the span of one semester between classes, an internship, and traveling, she planned a two-week show, securing a space in the center of Paris and recruiting various artists across Europe. The resulting show, In Bloom, was my first introduction to The 98.

Now, Chandaria has had to adapt again, not to a foreign country, but rather to a foreign reality, in which gallery exhibitions are no longer feasible. The in-person edition of the newest show, entitled Illusion, has been postponed indefinitely, but that has not stopped The 98 from exhibiting these works. We caught up over Zoom to discuss how The 98 has adapted Illusion to a virtual exhibition and documentary for these ever uncertain times.

BOSTON HASSLE: How did the 98 art collective get started and what is its mission?

MALLIKA CHANDARIA: The 98 was founded in 2017 after a class I took in freshman year, called Locals. It was a two hour freeform period where we could really do anything we wanted, as long as we kept pushing ourselves to go deeper than we thought possible. That’s when I started really experimenting with interdisciplinary work. Once the class ended I felt this need to extend a platform where artists could express themselves, push themselves, and experiment within a community. That’s how The 98 started.

You know how there are these periods of history–like the Age of Romanticism or the Age of Enlightenment? Our mission for The 98 is to understand our moment as we are living through it by asking overarching thematic questions. It’s interesting to see how the definitions of things like identity, nostalgia, hope are constantly changing.

After putting on seven shows, we have evolved to specialize in connection–bringing people, disparate elements, and themes together to promote critical thinking in a cohesive way. 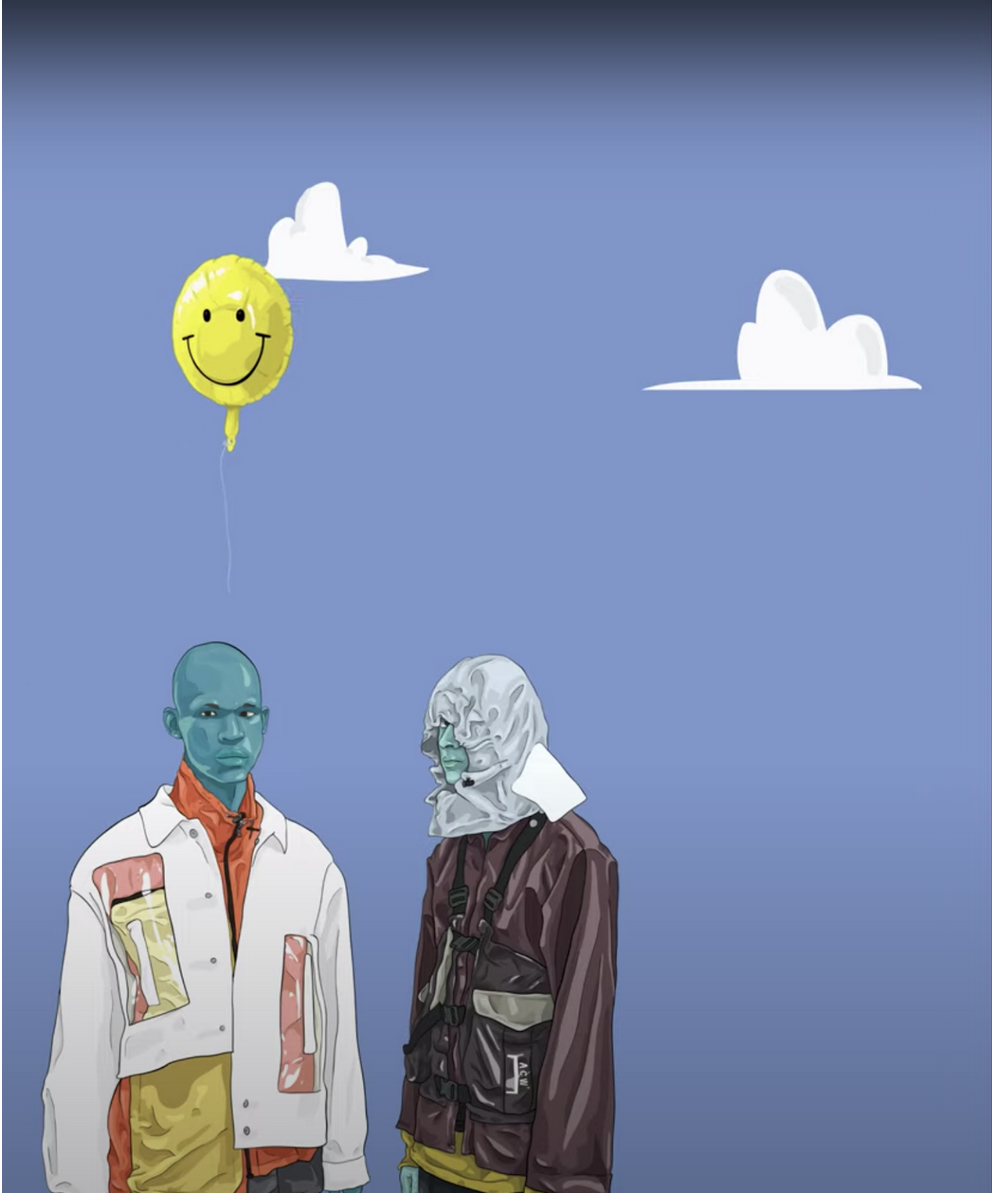 BH: Your latest exhibition Illusion started before the pandemic and had to be changed a bit, so can you talk about that conception originally and then the more current version of it?

MC: There was this one incident in October that made me question my own senses–it was mind-blowing to me. When I started to observe the conversations my friends were having there was also this recurring question–can I trust myself?  Even on a larger scale, society was dealing with the conflict of misinformation. That’s when I settled on the theme of illusion versus reality for the show.

Then my friend TJ Butzke reached out to me. He is a Boston University alum and worked at Jump into the Light, a virtual reality arcade in the Lower East Side. He told me that he wanted to get involved with The 98 and that Jump could be the perfect event space for the show. This really opened everything up–using virtual reality as a container for the theme. I just wanted to go for it.

When the pandemic hit, we were already working with incorporating virtual reality into the show, and realized that we could translate a lot of the existing work both digitally and remotely. Instead of giving up on the show, we decided to turn it into a platform for process. It’s the idea that all our artists are in-studio–things are constantly changing and the idea of a final product doesn’t really exist. This is how we ended up with 98 Studio. 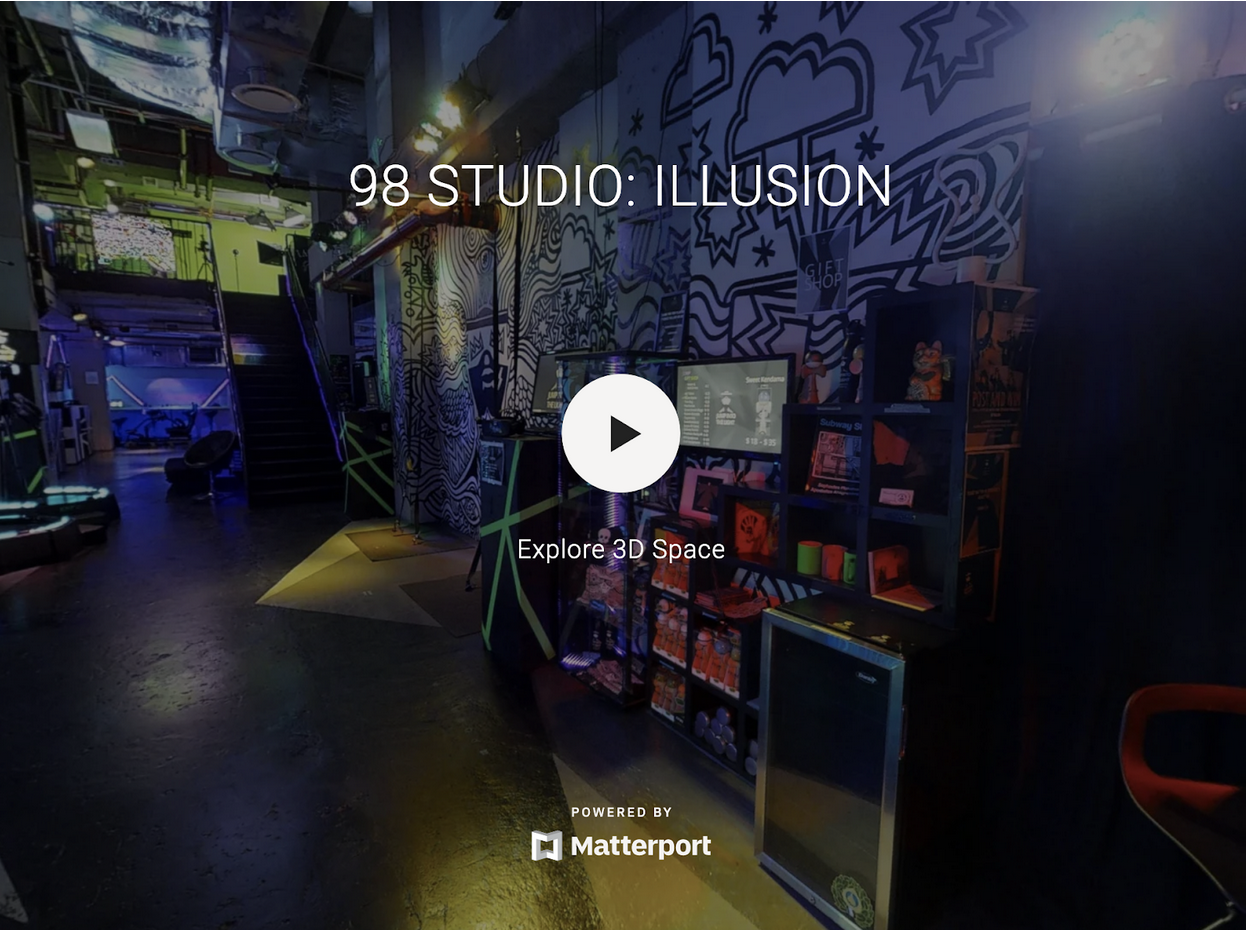 BH: What was your inspiration for Illusion’s accompanying documentary, 5 Degrees? I’m especially interested in the experimental aspects of it and if that connects with your theater background.

MC: It’s always been a dream of mine to document the process of a show… but I could never stop at just a documentary. Everything we do for The 98 necessitates the theme. I thought it would be interesting if the structure of the doc was a battle between illusion versus reality. I was influenced by Plato’s aesthetics in Republic. He talks about degrees of separation from reality. I was really interested in the idea that something so removed from reality could still show people the truth of being human. Are we still able to experience truth if it’s abstracted?

This question inspired the five-part structure as represented by 5 degrees. We start in reality, then break down all these established conventions/constructs, descend into total absurdism, re-structure with a manifesto, and finally establish a new hyper-reality.

While my team and I were editing through the summer, we looked outside our windows at all the crises and protests. There was a systemic breakdown and a demand to rebuild something that was failing. We realized that the structure of our documentary was also centered around breaking down the status quo, and coming up with new rules for a different reality. Our artists had a unified voice and vision that was translating to what was going on in the streets. 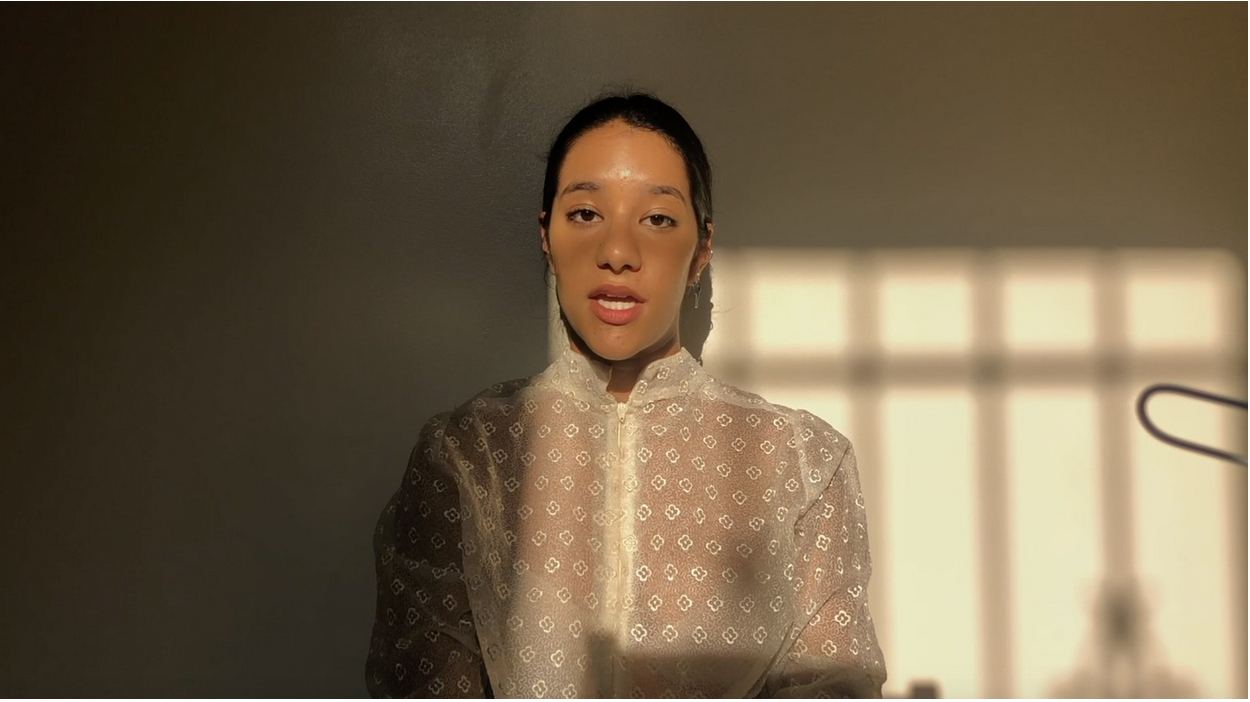 Mallika Chandaria in a still from 5 Degrees (2020)

BH: How did the pandemic affect your creative process and The 98 going forward? Do you see yourself doing more online content?

MC: I never thought I would be saying this but it was kind of a blessing in disguise. This was our chance to show that art can really be anything except for dead. This experience turned into a way to bring people together. It even allowed us to evolve. In terms of the future, I think incorporating the digital and analog together could be a strong move.

BH: Four of your exhibitions have been in Boston, you were founded in Boston, and many of your artists are based in Boston–but you recently moved to Brooklyn. How will The 98’s relationship with its home city change? What is that relationship going to look like, maintained or not, with Boston?

MC: Even though people don’t immediately think “Boston” and “underground arts”, I am very grateful we started where we did. There’s a lot more freedom for fucking around. People are more generous because they’re curious about what’s possible. The first show we had was in an abandoned parking garage and no one cared that we were using the space. We did another show that was in an abandoned cat hospital. People would stop from the street just to see what was going on.

I would love to keep coming back or even plan pop-ups remotely with our artists based in Boston. Especially with all the art students that need studio space or have to complete their thesis projects with these new restrictions around COVID–I have this feeling that there’s going to be a street art explosion and a new wave of underground art.

To visit 98 Studio: Illusion or to view 5 Degrees: A 98 Studio Documentary, please go to 98artcollective.com.

All images courtesy of The 98.

This interview has been edited and condensed for clarity.

Following the light with Jaina Cipriano

Catch "Dreamscapes: Following the Light through Immersive Design" at the 808 Gallery until Oct. 13