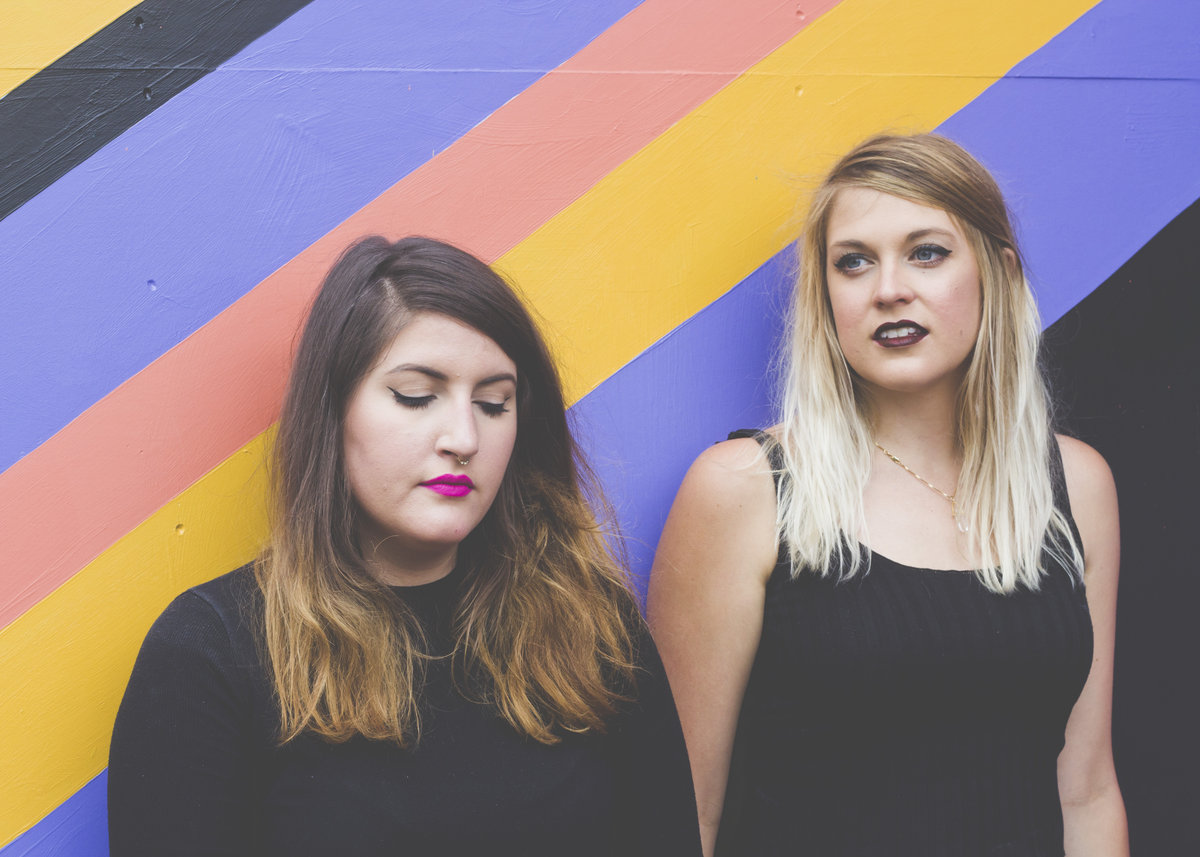 Meet Lilith. Guitarist, Hannah Liuzzo & bassist Kelsey Francis off of Boston label Disposable America, Based in Allston. Lilith rubs shoulders with (& is one of) the finer Allston bands to currently grace our music scene (their current gig drummer leads another fantastic band, Me in Capris).Washed out punk mixed with pop melodies & addictive hooks, Lilith, is carving a name for themselves as the nerdy yet artistic rockers who turn heads of the most jaded & indifferent among us. I was lucky enough to interview this band between crazy schedules, gigs & the demands of being a songwriter in the Boston scene.

Boston Hassle:
How did you guys meet & start a band together?

Lilith:
Lilith started as a recording project to keep me occupied and stimulated post music school and eventually evolved into a more “real” thing when I wanted to document the ideas I had.

The current cast all met at band camp when we were kids. We’ve been doing music around each other for half of our lives so we’re good at communicating and interpreting each other. I’m completely spoiled by the talent we have.

BH:
Who are your major musical influences past & present?

Current influence feels really different to me because I’m actually participating in the music scene instead of admiring it from a distance, so I tend to be most heavily influenced by the people I’m collaborating with. Kelsey is probably my biggest influence in terms of songwriting, editing, and just generally sharing creative ideas. Adam influences me a lot too—he just has so much experience and is so creative and confident.     I put a lot of stock in his taste and opinions and decisions and trust anything he feels strongly about. Dustin from Disposable America is also a big influence for me in terms of knowing what’s best for the band and troubleshooting any turmoil that pops up. He’s a good overseer, a trustworthy outside perspective.

For current musical acts, I’m a massive fan of Big Thief, Speedy Ortiz, Lorde, and anything Maryn Jones touches (All Dogs, Saintseneca, Yowler), Ratboys, Lomelda, and others I’m sure I’m forgetting! There’s been so much good music coming out recently.

BH:
How has your relationship with Disposable America & other music organizations and scenes inspired your attitude towards your music?

Lilith:
I don’t think they’ve really changed my attitude about music—I’ll always write songs for the same reasons. But they’ve helped us get our name out there and have thrown us a ton of opportunities, so it’s made the idea of running a band a little less daunting. It’s super helpful to have other people on your team who are willing to shout your name and promote you because it can be weird and taxing to do all of that yourselves on top of writing, practicing, recording, playing shows, etc. It’s just nice to have other people you can lean on for different kinds of support.

BH:
Where did the name ‘Apology Plant’ come from? Tell me about how you found the idea for that and some of the songs?

Lilith:
Apology Plant is a reference to a plant that someone gave me to substitute for a verbal apology. I didn’t think the plant was a sufficient apology because the gift felt avoidant and cheap, so I didn’t acknowledge it or take care of it. I just left it on the counter. Eventually the plant died, and started to weigh on me to have to walk by the dead plant every day and reflect on my stubbornness. Forgiveness is a challenging skill, but it’s important. After writing the record, I think I have a better grasp on the concept.

Most of my song ideas happen very organically. I’ve never had to write for a deadline—I’ve only ever written to try to understand a complicated feeling that I’m having. It’s much easier for me to sit down and write a song about a feeling than it is to try to find words for it because I’m usually too clouded with emotion to think logically or outside of myself. Eventually down the road, I can circle back to the song I wrote and it’ll help me have a deeper understanding of a theme that I regularly exhibit. It breaks the cycle of making the same mistakes over and over because you’ve documented your bad feelings and packaged them into something you can enjoy. It makes accepting yourself much easier.

BH:
Why do you publish your music on cassettes?

Lilith:
Cassettes are cheap! It’s nice to have something physical that people can take away from shows, and I think people are much more willing to spend $5 for a tape on a band they’ve never heard than they are to spend $15-$20 on a record. Maybe we’ll do a record for our LP but who knows!
Photo credits: Elle Dioguardi

Open your ears and soul, and kneel at the altar of the Asthmatic. The Portland, Maine artist behind the avant-garde project, Sigrid…