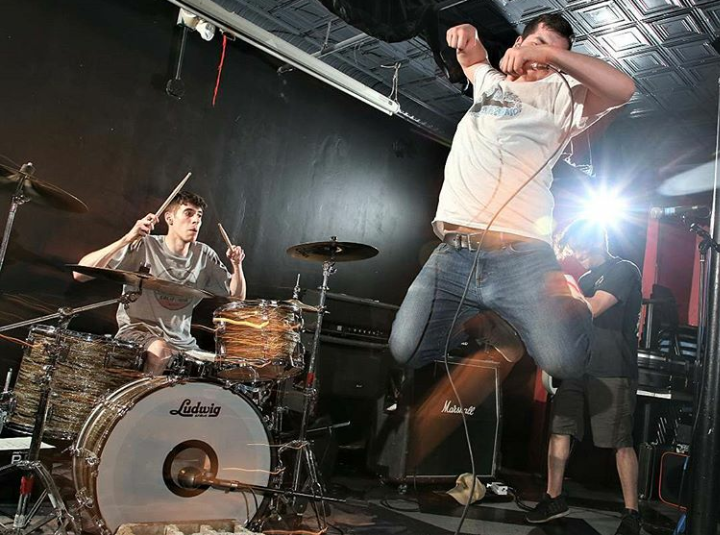 Dan Shea:
I’ve borne witness to you and Pummel serving as an awesome unifying force in Boston and NE hardcore in general over the last few years. What’s Boston and New England hardcore all about to you?

Matthew McCarthy:
I appreciate the kind words! To me, New England Hardcore and Boston hardcore specifcally means community. It sounds like a cliche answer, but it’s true. Through Pummel I’ve met so many great people I never would have otherwise.

DS:
How did Pummel get together initially? Over what music? Through what community of bands?

MM:
Pummel formed through myself needing a creative outlet in a rough time in my life about five years ago. I endlessly bugged my buddy Steve (guitarist of Pummel) until we jammed together a bit. After coming up with some concrete ideas, we enlisted John and Steve, who are some of our oldest friends to complete the lineup. Steve Mob played in the BHC bands Rat Trap and Ritual Blade for years before Pummel. John and Steve Fava played in the Hardcore-adjecent band Gazehound also for a few years before forming Pummel. This past summer we added Seth Boden as a fifth member and slid John over to guitar from bass. Seth played in Kind and Matahari before joining forces with us.

When we were first jamming together we definitely focused on a mutual affinity for bands like, The Rival Mob, Rotting Out, Fury, Trapped Under Ice, Turnstile, and Bane.

DS:
This new record, Our Power, how does it differ from you previous recordings? What is “Our Power”?

MM:
I think “Our Power” is a big step up for us in a lot of ways. We took a lot of time and put all we had into these 4 songs. The song writing is more dynamic, I think my vocals are a huge improvement from our past releases, and Will Killingsworth worked his magic and made us sound BIG. I think the record shows how much we put into the details of the music and the lyrics.

DS:
What the fuck is wrong with the city of Boston?

MM:
Quite the loaded question! I am Boston born and bred and love my city…but I hear ya. I think a lot of issues stem from gentrification and the constant development of Boston and the Suburbs. A constant influx of condos, students, and the wealthy have pushed most of us working people to the outskirts. Working class people have nowhere to go and have been basically priced out of everywhere.

MM:
2020 is going to be an active year for us! We just have one Boston show booked for now (3/22 @ The DAP) and were planning on traveling a lot! We’re doing a weekend in April heading to Wilkes-Barre and Cleveland and Flying out to Tulsa in May for Promcore fest and hitting a show in Kansas City while we’re out there. Other than that, we’re looking to do a full east coast tour in the summer and get out west in the fall. Hit us up if you want us to come to your town!

2020 is looking bright for BHC, we have a ton of shows that have been announced or are TBA. There are lots of young kids from all over the state starting to attend gigs in the city. If they can start forming bands, then we will be in incredible shape. I’ll say I’m feeling supremely optimistic about our scene!

As for our record release in Hingham, unfortunately every venue was either far far too expensive or already booked. The Sons of Italy is a great spot for show though, ample space, lots of parking, and they understand that kids like to dance! I’m so excited for the show and the lineup we put together. Get there early and check out all the bands! 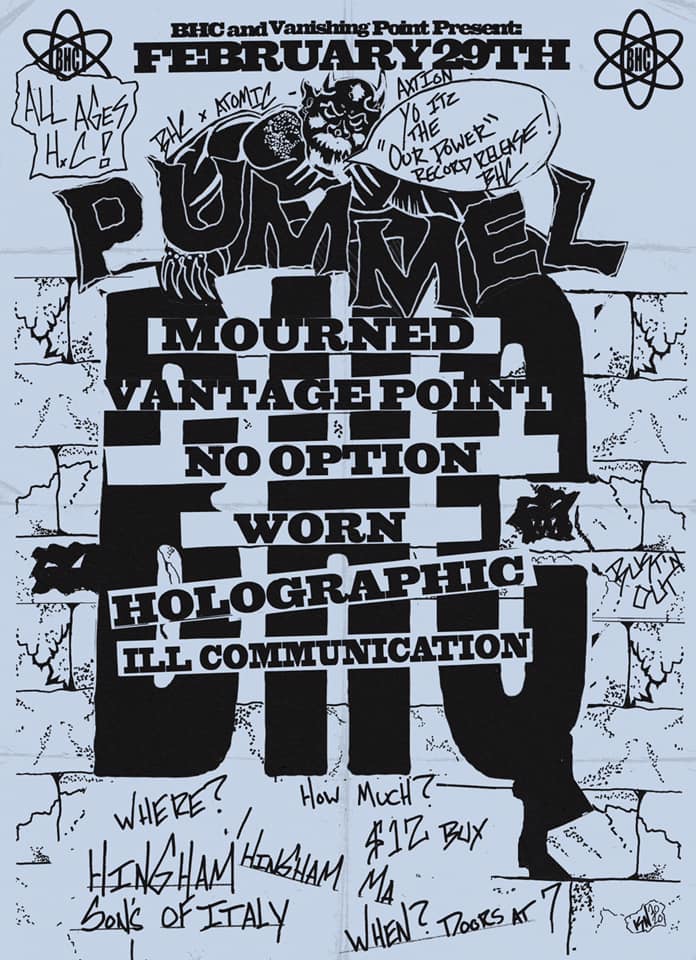 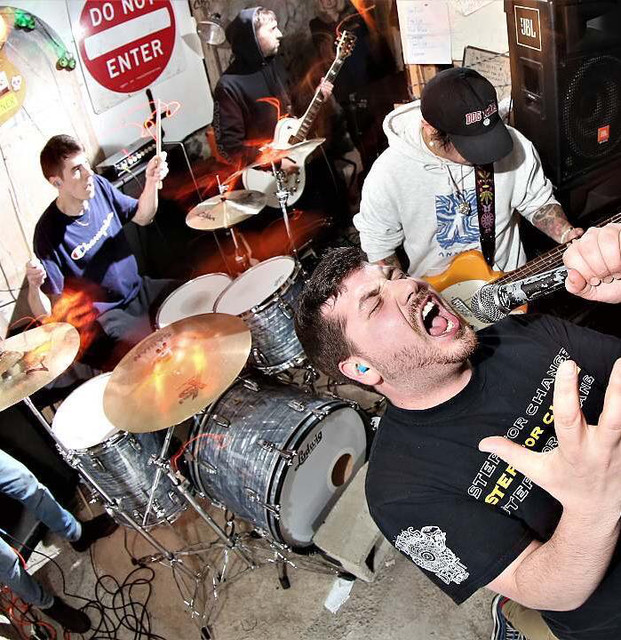