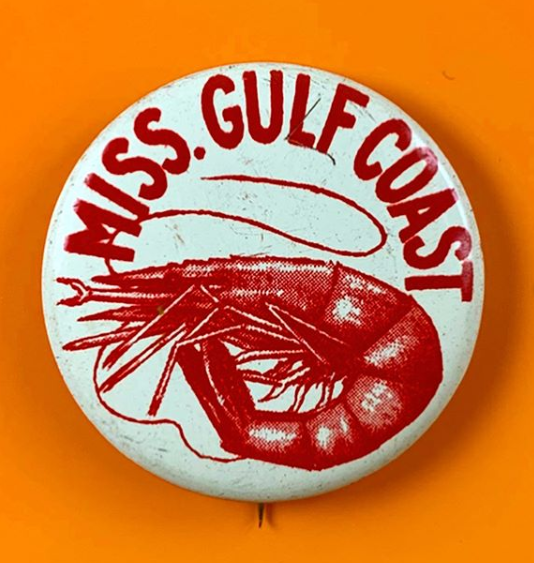 Update! I was wasted last night and wrote this post, a couple people @littlesmashy and @silverwalks both pointed out that I was way off in my assessment and they’re totally right!! Their answer that this is a Mississippi Gulf Coast souvenir pin makes way more sense! Thanks!
I found this pinback at a junk shop in Florida last spring. This is for, I’m assuming, a beauty pageant on the Gulf Coast. Based on the quality of the pin, format, and material it’s made from it could be anywhere from the 1940s to the early 1980s. Who knows? This pageant still happens but it’s a new version, I think? This pageant happened, they made a pin, it ended, a new one started with the same name. What are you going to do? I really like this button, even if I think crawfish are totally gnarly. The juxtaposition of a cool gross fucked out ocean insect with a contest to arbitrarily judge women is super weird. I’ve been drinking and smoked some dope and that’s cool. It’s late at night and we just played a gig and I have that nice electric feeling resonating through me that you get after a really good night out where you saw a ton of people you totally adore and you know you have no work tomorrow. I could probably research this pin some more but it’s casual. We’re driving on old Route 2 in Western MA and just went over the French King Bridge, a landmark that has a personal significance that I’m sure I’ll find an excuse to write about on here eventually. This pinback is a good one and I’m psyched that it founds it’s way to me and into my collection. I think a lot about the migration patterns of these fuckers after they enter the world and I can tell you that a lot of them are making a gradual bee line to Providence RI.
1.25” – non clasp back – ?
#missgulfcoast #crawfish #beautypageant #vintagepinbackbuttons #vintagepinback #oceaninsect #gulfcoast #timemagazine #coralgablespolicedepartment #theresheismsamerica #vintagebuttons #crawdaddy #fishermansplatterfor2 #niceseafooddinner #4q #plateofshrimp 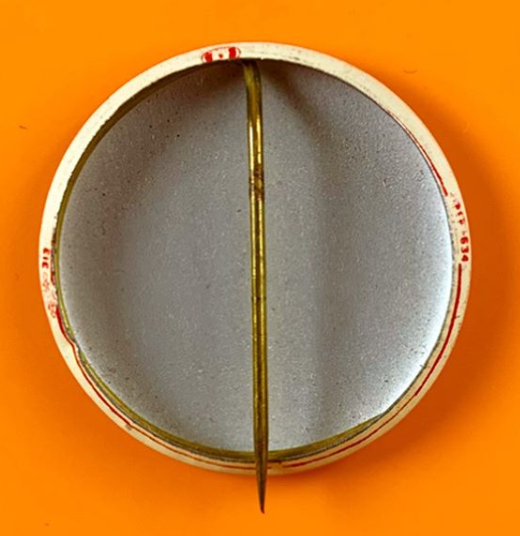