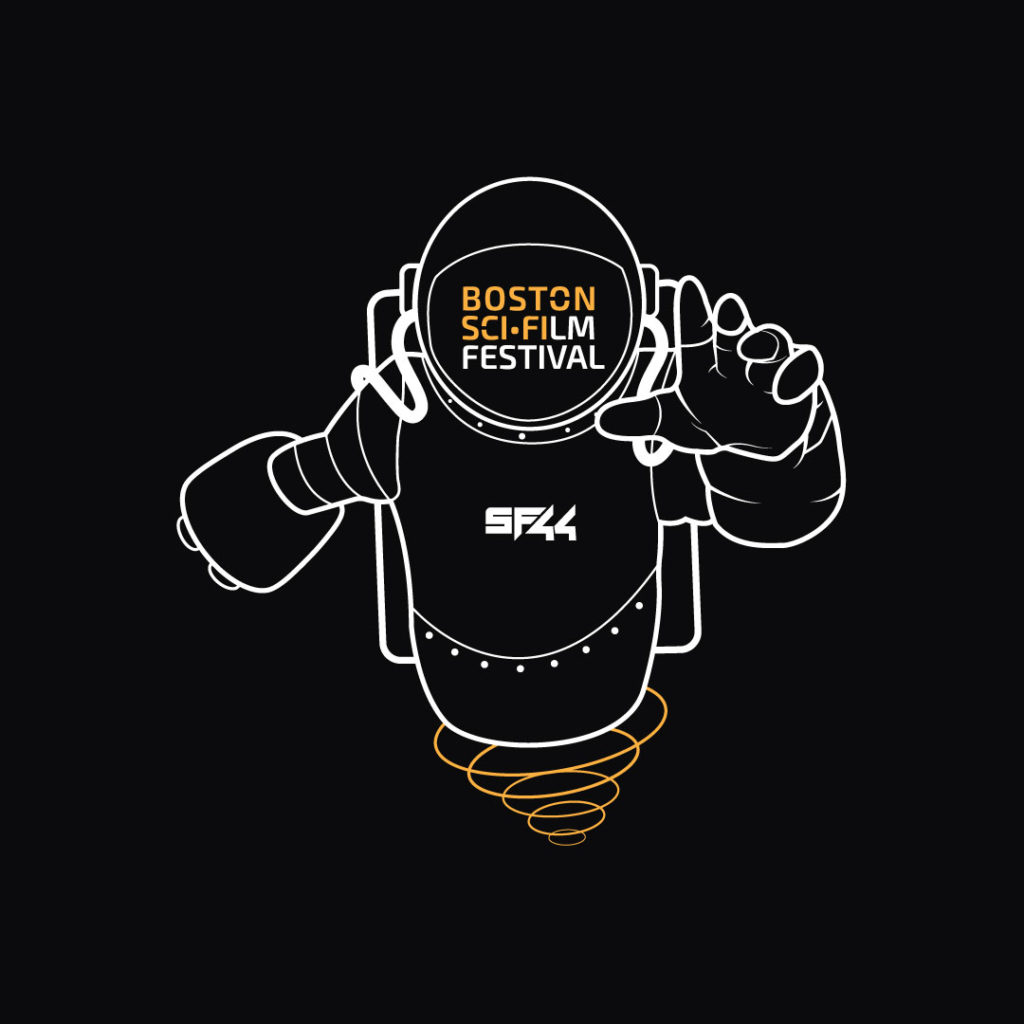 Congratulations! You have successfully completed another voyage around the sun in this, the dystopian alternate-timeline earth we’ve all come to know and accept as vaguely normal. Here around Film Flam, February means one thing: the Boston Sci-Fi Film Festival! For the unaware, Boston Scifi is the country’s longest continually running genre film festival, beginning forty-four years ago (!!) as a yearly 24-hour marathon of eclectically programmed science fiction features and shorts. That marathon still endures, but it now serves as the grand finale of a ten-day extravaganza of world premieres, old favorites, and special guests. And– in the interest of both full disclosure and shameless self-promotion– we’re happy to announce that, for the third year running, the Hassle will once again be partnering with them to present another night of off-kilter madness!

Fittingly, in a world that seems increasingly like something out of a science fiction story, this year’s Sci-Fi Fest includes a record number of documentaries. Kicking off the fest this year is Life After Flash, Lisa Downs’ documentary about the life and career of Flash Gordon star Sam Jones (both Jones and Downs will grace this space in the next couple of days for an interview– keep your eyes peeled!). A pair of late, beloved genre icons will receive the profile treatment in Worlds of Ursula K. Le Guin and Ray Harryhausen: Special Effects Titan, while unsung (if perhaps equally influential) creators will receive their due in Chelsea Bonestell: A Brush with the Future and Eye of the Beholder: The Art of Dungeons & Dragons. Perhaps most intriguingly, special effects legend Ed Kramer will host a preview screening of his new work-in-progress CGI documentary Wizards of Hollywood at the Hayden Planetarium (!!), after which he (and fellow CG whiz Catherine Craig) will both answer questions and accept feedback.

Kramer and Craig will also host a live “audio commentary” to one of their best known works– the popular 1999 reboot of The Mummy— which serves as a nifty halfway point between two longstanding features of the fest: classic repertory screenings and panel discussions from some of the genre’s best and brightest. Of the former, this year’s selections run the gamut from undisputed classics (35mm screenings of the original King Kong and 20,000 Leagues Under the Sea), a few more offbeat choices (like the late-period Three Stooges vehicle Have Rocket, Will Travel and Duncan Jones’ criminally overlooked Moon), and some true obscurities (such as the massively influential, little-seen 1963 Czech epic IKarie XB-1). As for the latter, a veritable galaxy of experts and past and present Boston SciFi contenders will be onhand to discuss such topics as “Envelope Please” (a look back at the best and worst sci-fi films of 2018) and “Peeling the Cover” (an exploration of some of the ickiness and exclusion that sometimes creeps into the fandom). There’s also a live, multimedia “Witch’s Love Spell,” which will take place on Valentine’s Eve, and which looks absolutely unmissable.

Of course, Boston SciFi is, first and foremost, a film festival, and to that end the spotlight will be turned on more than two dozen brand new feature films from all over the world (and even more shorts). Many of these films will be making their New England, US, or even world premieres, and several will feature live Q&A’s from filmmakers in attendance. Of particular note (in our not-so-humble opinion) is the world premiere of a newly remastered cut of the demented animated feature Electric Santa 8000, which the Hassle will be presenting on Friday, 2/15. After the film, director/animator Michael Neel will be on hand for a Q&A, hosted and moderated by Boston Hassle film editor Oscar Goff– who, if you’ve been paying attention, you’ll recognize as your author!

Then, of course, there’s the marathon, the oldest portion of the fest, and easily its most beloved tradition. Make no mistake, 24 hours of mainlined sci-fi is not for the faint of heart– but if you’ve made it this far into the future already, chances are you can take it.

The Boston Sci-Fi Film Festival runs from Friday, 2/8 to Monday, 2/18. For full schedule and info on tickets and passes please check out their website, or keep tabs on our own film calendar!