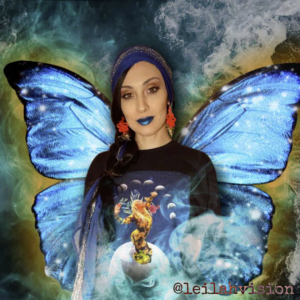 “Bringing feminism within an abolitionist frame, and vice versa, [means] that we take seriously the old feminist addage that ‘the personal is political’.” – Angela Davis

A note, for context: Misogyny is an attack on femininity, not an attack on a particular gender. People of all genders can, and do, suffer misogynistic abuse. But, we can look to anti-femme abuse, in particular, for clues that will help us finally solve the global epidemic of misogynistic violence (against all genders). Concurrently, if we understand that masculinity is not a gender, we can reason that toxic masculinity/misogyny cannot possibly be limited to any particular gender, either. People of all genders are capable of misogynistic violence. We must develop language and systems of accountability to accommodate that truth. To conceive of misogyny only within a gender binary (i.e., “men” hating/abusing “women”) not only erases survivors of queer partner abuse (like me), but also allows abusers who are not cis men to fly largely under the radar, undetected and unchallenged.

For the first few months of quarantine, I would wake up every day with anxiety scenarios on loop: What if I’d been quarantined with my abuser? What if I’d gone back one last time (again)? How are people who are quarantining with their abusers gonna survive this?

Since the chaos of my abusive relationship, I’ve found renewed reverence for silence. In the Unearthing of the past year, here is what rose from my silences to greet me:

If I try to count the number of femmes I know who have experienced partner abuse, the names come so many, so fast and exponentially, that I literally can’t quantify them. As I write this, I can easily think of nine beloved femmes, including myself, who are currently recovering from partner abuse/sexual assault perpetrated by leaders from within supposed justice-oriented communities (of artists, activists, academics, queer folks, etc). We’ve been accused of lying when we tell our stories. We’ve endured character defamation, silencing, gaslighting, and at least three of us have had to urgently move away from Massachusetts as a direct result of partner abuse.

With our silence as a convenient backdrop, our abusers proceed, without consequence, in leadership positions. I, along with many of the survivors I know, have continued to withstand abuse, including stalking, long after escaping the relationship in question. Since quarantine began, my own abusive ex has called me from a private number in the middle of the night, texted me novels trying to love-bomb me back into the cycle, randomly mailed me photos of myself as a baby, sent unsolicited money to my old Venmo account, and, in September, made a thwarted attempt to attend an online show which I was not only hosting, but at which I was stripping.

When our communities don’t believe us, or they see the problem and do nothing, where do we turn for help? What if our abusers are already at risk for state violence because they are BIPOC, queer, trans, femme, sex workers, undocumented, and/or otherwise marginalized? How do we get help without exposing them to the violence of the U.S. (in)justice system?

As many feminists have taught us: carceral punishment is not the answer to reducing violence in society (for an intro to abolitionist feminism, I recommend this interview with law professor Aya Gruber; as a side-note, I also encourage you to just notice the binary gender language used). In this brief video, legendary black feminist philosopher and activist, Angela Davis, reminds us that, “the institutional violence of the prison compliments and extends the intimate violence of…battery and sexual assault. We also question whether incarcerating individual perpetrators does anything more than reproduce the very violence that [they] have allegedly committed.” Our for-profit prison system, rooted in the enslavement of black people and incentivized to inflict violence upon BIPOC individuals and communities, is not only unethical; it’s ineffectual. The prison system can’t heal abusers because it’s an abusive system.

The paradigm for treating abusers urgently needs to shift into one of transformative justice, providing them effective opportunities to heal, change, and try to repair harm. But there’s another piece to the puzzle: the paradigm for survivors’ healing must expand into a paradigm of community healing. As Stas Shmiedt explains (video linked above), “[transformative justice is] not just addressing the harm between two or more people, but addressing the conditions of the community that allowed for that to be normal.”

When it comes to abuse, especially in communities that claim to embody harm-reduction practices, the concept of “other people’s relationship issues are none of my business” is garbage. Too often, survivors (and our allies, if we have them) must navigate conditions that make it our sole burden to clean up, or work around, messes caused by a collective lack of accountability structures and healing resources. Typically, individual survivors carry the triple burden of 1) telling our stories even though we might not be believed, 2) risking retraumatization/oversharing by recounting our stories, while 3) hoping enough people will believe us that something in society might change.

But it hasn’t! Because here’s the sobering truth: abusers are not “out there”. Abusers are among us. Abusers are friends, family, coworkers. Many hold power and leadership positions. Many are loved. Understandably, it’s difficult to look at it when your friend, your family member, your coworker, leader, or peer, is the one perpetuating harm.

Often, an abuser’s victim is one of the only people willing to hold a mirror to them, while the abuser’s closest friends, family, and peers cosign the abuser’s behavior. Compoundingly, abusers often strategically erode their victim’s reputation. This harm is amplified when the abuser is in a position of power and influence; exponentially so, when the abuser’s enablers won’t check them. By the time the survivor tries to ring the alarm bells, people either a) don’t believe us, b) are looking at us sideways because our abuser has successfully undermined our integrity, or c) just sigh and shrug, because they know the abuser’s antics are vanguarded by circles of power. Survivors often have no choice but to walk away quietly from violence, abuse, defamation, and silencing, simply because we’re the only one willing to hold our abusers accountable for their actions. This leaves the abuser safe to remain, consequence-free, in the community, to repeat the same cycles, harming themself and others, for years, decades, or lifetimes.

By the way, many survivors love our abusers. As a society, we need to stop treating this phenomenon like it’s shameful or baffling, and start using it instead as a tool for healing. Survivors who are willing to be part of their own abusers’ healing–safely, at a distance, and supported by community–can offer valuable insight that could contribute to mending the abuser’s psyche. The truth is our medicine, but medicine heals nothing if it can’t be distributed.

Most of us have no model for handling a serial abuser who is also a beloved community member. We do need to create healing pockets where abusers are safe to seek help and recovery, and we need to account for the fact that they don’t usually seek help on their own (even when they say they will). I truly believe that most humans are doing the best we can, given the tools we have. I also believe that, sometimes, we’re not solely responsible for our own healing. Abusive behavior in adults is, often, a result of the neglect/abuse those individuals endured during critical stages of childhood development, resulting in severe impediment of emotional maturity and/or empathy (here’s my growing YouTube playlist for understanding abuser psychology, and strategies for dismantling epidemic abuse). Abusers can’t form durable bonds or healthy relationships; they must learn how. Even supported by all the doctors and healers in the world, we can only learn the art of relationships by having healthy relationships. When people in power protect the abusers in our midst, not only does it poison the community well; it stunts the abuser’s potential to change. It’s time for us to shift into a healing model that addresses not only individual abusers, but also the enablers who shield them from the consequences of their actions. If abusers get consistent messaging from all sides, they can’t manipulate or triangulate us against each other, which is a tactic widely employed by abusers to wriggle away from consequences.

Survivors need our communities to stand and hold up the mirror with us. No longer can we endure a society where so many people suffer, and cause, agonizing spiritual pain. Our abusers need help. They need the support of empathetic communities who are willing to love them through their healing, but also willing to lovingly demand that they take accountability for the harm they are causing, and face the consequences.

As we step into 2021, we have got to try something new. So, let’s innovate. Let’s start conversations, in our personal and community relationships, to plan for, and implement, systems of self-regulation and transparent leadership. We all have to work together to create the structures and resources that support healing, change, and growth.

We must become the world we imagine.

This Week in Experimental Vol 77

Hello Experimenters!   Happy New Year, my friends! I am happy to report that I unplugged at the end of 2021 in…