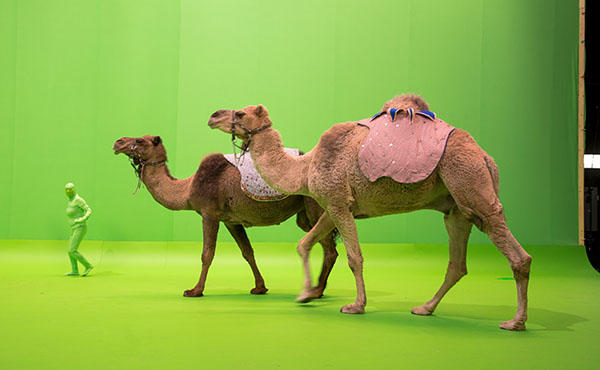 Karthik Pandian explains his work as an exploration of how the present relates to perceptions of the past, as both “a materialist history and an anthropological history.” Pandian is particularly inspired by ethnographic film, which caused him to switch from video to 16 mm film in 2008. He sometimes presents his videos and films in multimedia installations accompanied by architectural structures; he does not consider these sculptures, however, but rather enhancements to the viewing experiences, often serving as surfaces for his projections. In 2010 he was the subject of a solo exhibition at the Whitney Museum of American Art. His work was featured in the inaugural Made in L.A. at the Hammer Museum and La Triennale: Intense Proximity at the Palais de Tokyo as well as in group exhibitions such as Adventures of the Black Square: Abstract Art and Society 1915-2015 at Whitechapel Gallery; and Film as Sculpture at Wiels Contemporary Art Centre, Brussels. In 2011, he was the recipient of a Louis Comfort Tiffany Foundation Award. Part of the Tuesday Night MFA Lecture Series at BU School of Visual Arts.

The lecture will be held in the same building as the 808 Gallery, upstairs in Room 346, 3rd Floor.